View as Grid List
per page
From low to high

Page
View as Grid List
per page
From low to high

Icons are graphic representations of the tenets of our faith. They bring these teachings to life for us through a theology in color.

When it comes to women saints, their icons teach us about the central role of women in the Orthodox Church. They are models of deep love and devotion to Christ and the match of their brothers, sons and fathers in almost every respect.

As we read in the Gospel, the mystery of Christ's resurrection was first revealed to women. While the male apostles had fled the scene, they stayed with Him to the end. They heard His last cry from the Cross and were the first to meet Him after His Resurrection. Their magnificent feat of devotion comes to life for us through the icon of the Holy Myrrh-bearing women. We see them standing in the Divine light outside His empty tomb, vessels of oil in their hands, amid rocks, trees and the City of Jerusalem in the background. All these details tell us that their journey had been long and dangerous. The angel above them announces the resurrection of the Lord, and we can almost feel their joy at this news as they meet the risen Lord.

Who are all the female saints, and what are their names? The Icons of All Saints and the Council of Russian Saints can provide some insight on the most famous of them. Sts. Thekla, Helen, and Nina of Georgia were equal to the apostles. Some were models of loving mothers, like Saints. Elizabeth and Sarah, mothers of St. John the Baptist and St. Isaac. Saints Suzanna and Photini were the first evangelists, and St. Mary of Egypt taught us how to achieve sainthood through repentance. Many of the best known female saints died as martyrs for Christ. The Holy Venerables – like Saint Matrona of Moscow or Saint Xenia of Saint Petersburg - demonstrated with their entire lives the truth of the Lord's commandments and set examples of living by them. Together, they showed us the way of Christ that reaches through time and space.

Female saints and their symbols in icons

Female saint icons use multiple symbols that represent them as they are in eternity. Martyr saints never appear as they would have been after their martyrdom. For example, Saint Elizabeth Romanov and Saint Barbara – who died with her – always appear in spotless robes. In many cases, Orthodox female saints are portrayed holding a cross in their hands, a symbol of their purity and dedication to Christ throughout their lives. Some women saints are shown in icons with one hand raised in prayer and praise. Saint Matrona of Moscow makes this characteristic gesture in her icons.

The objects in the icons of some female saints represent significant details of their lives and ascetic feats. For example, Saint Mary Magdalen appears in many images with a painted egg. She held one out to the Roman Emperor during one of her encounters and convinced him of the truth of Christ's resurrection. Ultimately, she brought him to believe in our Lord and Saviour. St Paraskevi of Rome is seen holding a small dish with eyes. While she was brutally tortured, the Roman Emperor accused her of using witchcraft to bear the pain and anguish. In response, Saint Paraskevi threw water onto the Emperor's face, and he instantly became blind. He pleaded for help. She listened, and his vision returned. He converted to Christianity and set Paraskevi free.

Icon of a female saint, a deeply personal gift

Icons foster a personal connection to the female saint depicted on them and enable us to build a personal relationship with God. This makes an icon a thoughtful and deeply appreciated gift. It would be a wise idea to give a female saint image to a friend, family member, or godchild for an event or anniversary - for example, a Baptism, wedding, or birthday. One can give an icon of a patron saint as a birthday or baptismal gift to a person named after that saint. A family icon portrays the patron saint of each family member, making and is a appropriate for anyone celebrating a significant family anniversary. Additionally, antique and modern religious icons make great gifts for churches, monasteries, hospitals, and Orthodox schools.

Many professions have female patron saints. For example, Saints Tatiana of Rome, Matrona of Moscow and Xenia of Saint Petersburg are patron saints of teachers. Saint Anastasia of Sirmium is the patroness of lawyers and judges, and the Great Martyr Barbara is a patron saint of architects. Their icons could be an appropriate gift for religious friends or colleagues.

Praying before an icon can be deeply purifying, enlightening, and inspiring. It can teach us that we are not alone when abandonment fills our hearts. It can comfort the soul to relieve despair when hope feels too far away. When our friends or family let us down, they reassure us that Christ is faithful, and will never abandon us.

Explore this section of our catalogue and order an icon of a female saint for yourself or a loved one. Order a custom-painted icon or choose from a variety of sizes and variants of our wedding, family and church icons. 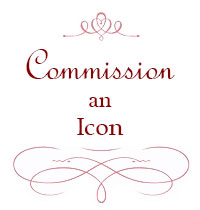