Icons of John the Baptist 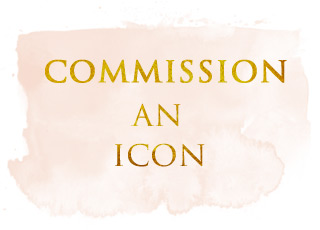 John the Baptist and his representations in icons

We revere John the Baptist as the greatest Old Testament Prophet who foretold the coming of Christ, preached His kingdom to the people, baptized Christ and was beheaded in revenge for his criticism of King Herod.

He appears on icons with wings, and this detail sets him apart from the other prophets and apostles of Christ. This is the iconographers' way to represent in graphic form the characteristic given to him by Christ: "Among those born of women there is no one greater than him." Wings are attributes of angels, and in the inscriptions, on most Orthodox icons of Saint John, he is called the angel of the desert, a prototype of monasticism. To this day, the Orthodox faithful have invoked his name as a patron saint of hermits and monastics.

Other common symbols found in the icons of Saint John include animal skins for clothing as another reference to his asceticism. Many icons depict an axe at the root of a tree, alluding to the biblical prophecy that a tree not bearing good fruit will be cut down and destroyed by fire. Apart from the general symbol of martyrdom, the cross, the icons of Saint John also depict a platter with his severed head. Some icons show the glorious prophet John preaching in Hades. He descended into hell before Christ to announce the soon-to-come liberation to the tormented. The scene sends a powerful message to all of us that we should adhere to the law of God and not allow ourselves to become attached to the finite things of this world.

Saint John the Baptist intercedes for every man and woman looking to God and aspiring to follow His way. We turn to him in our prayers for a happy marriage, success in child-rearing and help in our work and life endeavours.

The birth of your John the Baptist icon

The icon painting studio at St Elisabeth Convent opened in 1998. Over two decades of its existence, it has created and delivered icons to satisfied customers across the world. Our icons adorn the iconostases of many churches big and small and the icon corners of multiple homes.

The religious and artistic merit of our icons results from our loyalty to the Byzantine and Russian tradition, the use of time-tested techniques and the skill and mastery of our artisan. Last but not least is the incessant prayer and contemplation of God accompanying the birth of every icon.

The creation of an icon is a complex process with multiple stages. We begin by preparing the board and the outer frame, then affix the linen and apply several layers of gesso ('levkas'). Then we proceed to transfer the icon sketch in a procedure called "outlining". Afterwards, we are ready to apply the paint.

We make our paints from ground minerals and add egg yolk as an adhesive. This traditional technique - called egg tempera - gives your icon extra durability.

Your copy of the John the Baptist icon comes in different sizes. We recommend ordering a kiot to protect your item from damage. Our associate will get in touch with you upon receipt of your order to confirm its details and finalise the delivery method and price.