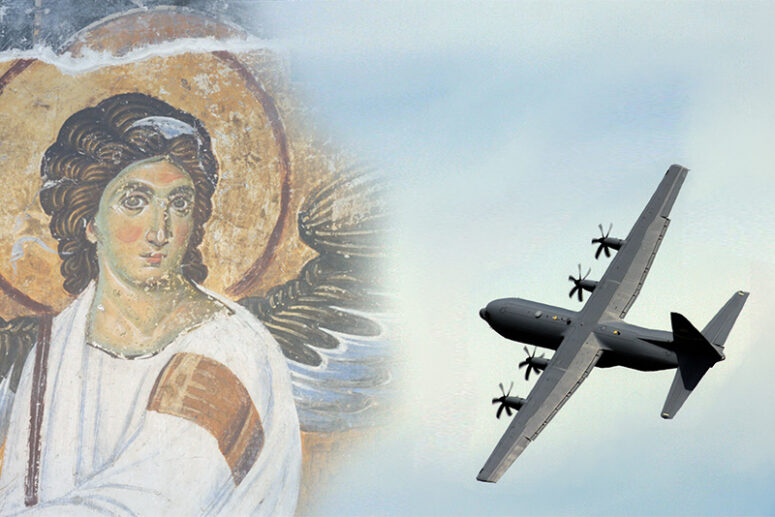 On the day following the Annunciation of the Most Holy Theotokos, the Orthodox Church commemorates the memory of the Archangel Gabriel. Today we would like to talk about a fresco called the White Angel, which has become famous all over the world. It is located in the Ascension Church of the Mileseva Serbian Orthodox monastery. Truly amazing is God’s Providence about this image with its amazing story of an unexpected acquisition, a flight into space and a miraculous rescue of the monastery from destruction.

Discovery of the Fresco

The Holy King Stefan Vladislav I founded the Mileseva Monastery in 1218-1219. It is one of Serbia’s oldest and most famous monasteries, included in the UNESCO World Heritage List and visited by many pilgrims from all over the world.  The frescoes of the Mileseva Ascension Church are valuable monuments of the Serbian Middle Ages and unique examples of church art, dating back to the European Palaeologan Renaissance. These images, full of inner concentration and spirituality, are distinguished by tenderness and soft beauty.

The White Angel is a fragment of one of the frescoes depicting the gospel story of the Archangel Gabriel’s appearance to the myrrh-bearing women at the Holy Sepulcher. It depicts an angel in a white chiton sitting on a stone and pointing with his hand at the empty tomb of Christ, announcing His Resurrection.

The mural is symbolically located above the tomb of the church’s founder, the Holy King Stefan Vladislav I. Together with the other murals of the church, this realistic image was painted in the 13th century by an unknown artist. Possibly, the murals were painted by Greek artisans, who at that time studied art in Nicaea and Constantinople.

In the 16th century, Serbian lands were occupied by the Ottoman Empire and the Mileseva Monastery suffered greatly from destruction. The damaged murals of the church were restored at the end of the same century by the famous master Longin and his artel.  During this restoration, the fresco with the Archangel and the Myrrhbearers was painted over. Since then, the monastery has been subjected to multiple destructive Turkish attacks. Likely, thanks to this paint layer the original has survived to this day in such excellent condition.  The White Angel mural was uncovered during the restoration works conducted in the 1950s, after the top layer of paint began to wear off.

Art critics soon appreciated the ancient masterpiece, whose exceptional nature can be seen in the turn of the Angel’s head, his eyes, the asymmetrical wingspan, the movement of his hand and his graceful, “weightless” figure. To this day, this fresco is an inspiration to many icon painters.

Artists often compare the mysterious expression of the Archangel Gabriel’s eyes with the portrait of Mona Lisa, looking directly at the viewer, regardless of the viewing angle. One of the theories even suggests that Leonardo da Vinci wrote his masterpiece, inspired by the image of the White Angel. Serbs often recall the words that St Nicholas Velimirovic once said about this image, “Contemplation of the White Angel is equal to prayer.” Indeed, the image of the Archangel Gabriel fills the soul of the beholder with peace and hope for eternal life in heavenly kingdom where there is “neither pain nor sorrow nor sighing”.

In the 20th century, the image of the White Angel became the national symbol of Orthodox Serbia. To this day, it can be seen in hotels, city buses and ministers’ offices.

Recognition as a Symbol of Peace

The White Angel gained worldwide fame in 1963, when the first transmission of a satellite television signal between Europe and the USA took place. Europe chose the photo of the White Angel fresco for this pioneering event as a symbol of peace and hope.

Later, this image (also as a universal symbol of peace) was sent into space in an attempt by humanity to contact extraterrestrial beings, if they exist. Besides the image of the Archangel, the message included recordings of the “singing” of whales, as well as photographs of the Great Wall of China and the first man on the moon.

Story of a Miraculous Rescue

The most amazing story associated with the White Angel happened in April 1999, when NATO planes were dropping bombs on Serbian lands.

An Italian pilot named Valeria was ordered to launch rockets near the Mileseva Monastery, as it was assumed that soldiers were hiding there. Approaching the holy monastery, Valeria saw the White Angel before her eyes and was unable to follow the order. Later, searching for the image that had appeared to her, the pilot recognized the famous fresco from the Ascension Church in Mileseva.

Valeria personally shared her story with the local clergy when, shortly after the incident, she visited the monastery in order to see the image again and pray to the Archangel Gabriel in repentance. Bishop Philaret (Micevic), who was ruling at that time in the Mileseva diocese, witnessing many miracles and healings associated with the White Angel, confirmed this story to be true.

The name of the Archangel Gabriel in Hebrew means “The Power of God” or “My Strength is God.” Today, looking at the Angel’s face on the Mileseva fresco, may we find peace and hope in our hearts, rising again with Christ on Easter and never forgetting that our strength is in God. 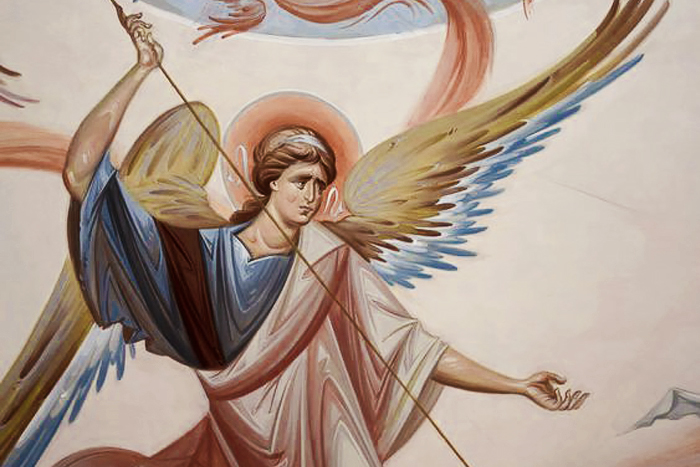 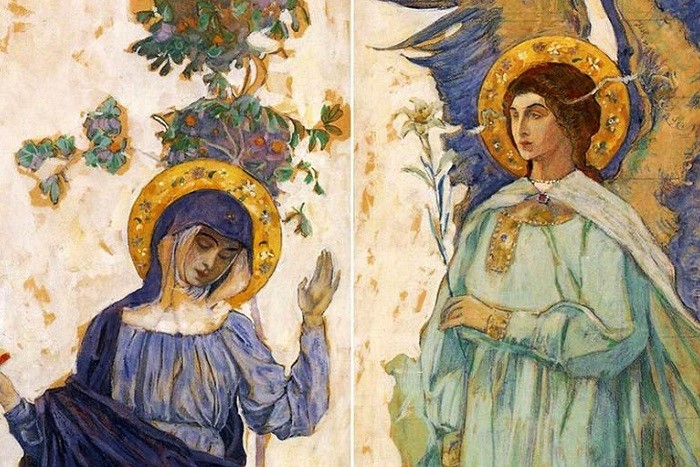 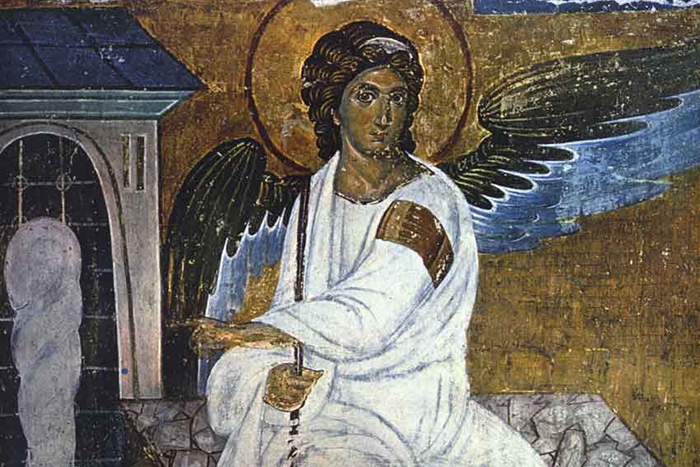