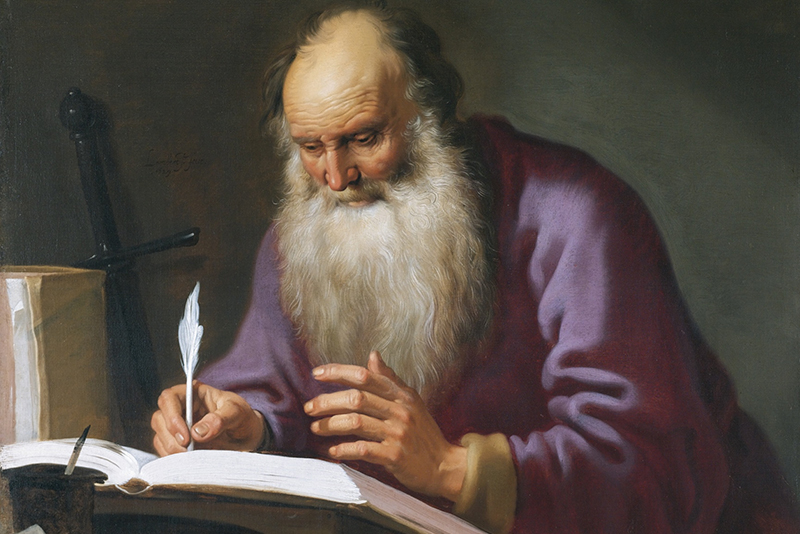 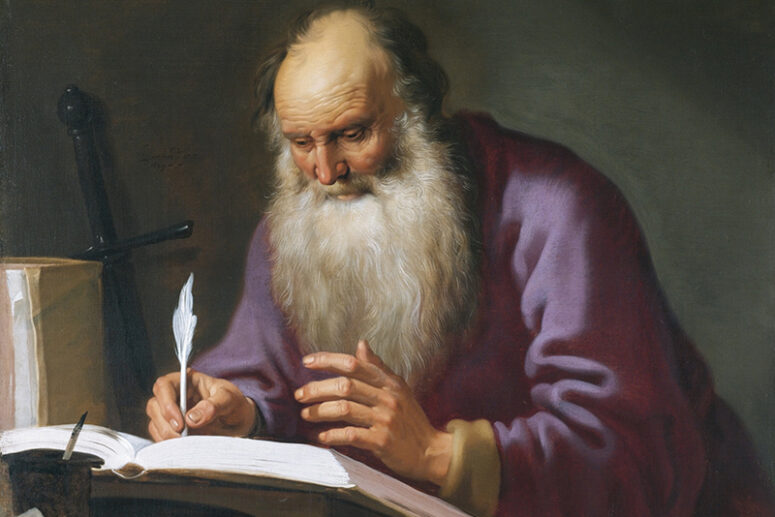 Verses from the Four Gospels and Apostolic letters are read at every liturgy. Do they always bring an identical message? Yes and no. But the readings for the Sunday of the Lost Son are a remarkable example of the Gospel messages conveying the same meaning as the Apostolic letters. The Gospel parable about a man who squandered his youthful energies in wild living, finds support in Apostle Paul’s ascetic teachings on human passions.

Apostle Paul wrote, “I have the right to do anything — but not everything is beneficial. I have the right to do anything—but I will not be mastered by anything.” (1 Corinthians 6:12). The French sculptor Auguste Rodin said something similar in answer to the question about the nature of the art of sculpture: – “I choose a block of marble and chop off whatever I do not need.” As a great artist of human salvation, Apostle Paul advocates the same principle of cutting off all unnecessary things. He proclaims two limits on the liberty of a Christian. First is the utility of every action for the salvation of the self and others. Second, the capability to be the master of one’s desires, not their slave.

He tells us that we enjoy wide freedom of action. The realm of our freedom extends beyond our capabilities and is manifest not just in our actions, but also in our speech and thought. If I cannot do something, then at least I will dream of it, as some say.

However, Paul tells us to put under control our freedom of action, speech and thought. Our thoughts may sometimes translate into actions. An evil or deceptive thought that takes us into possession can lead to tragedy. Unrestrained freedom not subject to the control of our wills quickly degenerates into lawlessness and beastly passion. It is freedom from hell that strikes down all boundaries and bodes severe oppression to everybody else. Such boundless freedom is also a threat to those who wield it, by fanning within them wicked passions to which their freedom becomes a slave.

But the freedom of a Christian serves no passions. It does not worship idols. It serves the one and only Lord and hears the voice of Our Father in Heaven. Therefore, Apostle Paul implores us to refocus our freedom on the vision of our salvation. The flame of God’s grace in our hearts completes the mystery of our transformation into a new creation of God that glorifies its Creator. As a true servant of the Lord, this transformed human being will be incapable of using their freedom for an evil cause or to worship any being other than our Lord.

With this in mind, let us now return to the parable of the Lost Son. As we see, the Lost Son considered it within his right to claim his share in his father’s estate while his father was still alive. But did he benefit? He acquired it, but he did not become its possessor; rather, he became possessed. The illusory joy of freedom soon transformed into bitter tears of slavery. “Food for the stomach and the stomach for food, and God will destroy them both.” The body, however, is not meant for sexual immorality but for the Lord, and the Lord for the body,” teaches Apostle Paul (1 Corinthians 6:13). He cautions his readers against every passion, but most of all against gluttony and adultery.

Food and the stomach exist for one another, but their life is limited in this world. His argument, therefore, is plain and simple: “Food for the stomach, and stomach for the food.” But for adultery, it is not possible to say the same: “adultery for the body, and body for adultery.” That is absurd. Apostle Paul writes, “The body, however, is not meant for sexual immorality but for the Lord, and the Lord for the body.” The Lord became incarnate to commune with us in the spirit, and also in the body. By taking communion at Church, we accept His Body and His blood. This physical communion with Christ will continue, taking a new shape in eternity. As Christ has promised us, we will drink the new fruit of the vine in the kingdom of God.

Paul expands on these words. Do you not know that your bodies are members of Christ himself? Shall I then take the members of Christ and unite them with a prostitute? Never! (1 Corinthians 6:15). Indeed, Apostle Paul describes the Church as the body of Christ (cf. Ephesians 1:23). Each believer is its part. 1 Corinthians 12:27). When we give up our body to sexual immorality, we defile it and take it away from the Body of Christ. How terrifying! – All sexual immorality has this spiritual meaning. For this reason, it is an integral part of all Pagan orgies and Satanist cults. Sexual immorality always defines the sacred creation of the Lord and robs Him of His rightful possession.

As an example, Apostle Paul considers the commission of adultery with a harlot. Do you not know that he who unites himself with a prostitute is one with her in the body? For it is said, “The two will become one flesh.” But whoever is united with the Lord is one with him in spirit. (1 Corinthians 6:16, 17). He condemns sexual immorality with the same words that the Lord uses to speak of marriage. Why? Because, in marriage, two bodies also unite to become one. Only in lawful marriage does the unity of the bodies conform to the commandments of God; but outside marriage, it is the worship of Satan.

The Lost Son was guilty of this crime by squandering his estate with harlots. As we read in the Gospel, he engaged in this wild living in a distant country. He was infinitely distant from the Lord while he was sinning.

At the end, Apostle Paul gives one striking piece of advice: “Flee from sexual immorality.” (1 Corinthians 6:18). In his writings, sexual immorality is perhaps the only sin that he wants us to run from, rather than fight.

As one Holy Father wrote, adultery is a passion that we should not look in the eye. Some of the hardest struggles of the saints were against lust. Venerable John the Long-suffering struggled with his lustful desires by digging himself into a pit until the lower part of his body was swarming with worms. The Venerable Martinian, seduced by a woman, built a fire and put his feet in it. Saint Mary of Egypt suffered unimaginable sorrows in a lifeless desert for seventeen years to deliver herself from the spirit of lust. A monk spread over his clothes the flesh of a decayed corpse and walked around it until the Lord healed him from his deadly passion.

When Paul calls us to flee our lust, he means business. Confronting it up-front could bring us to our demise. Are you sure that you will endure? If not, flee. Run from the evil thoughts and any source of temptation.

Like the Lost Son did, seeking refuge from the slavery to his passions with a resident of the distant country. He ran because he had lost his cause. He had a stark choice: run or die.

Apostle Paul closes his letter by telling us to glorify God in body and spirit. “glorify God in your body and in your spirit, which are God’s” 1 Corinthians 6:20). To glorify God in our pure body and spirit is the ultimate goal of all asceticism. Herein lies our victory over our passions and our genuine freedom. The feast and celebration of this victory in the Kingdom of God end the parable of the Lost Son.

So let us pray that our Heavenly Father may welcome us in His kingdom and celebrate our return; and that the angels, His servants, may wash away our passions and clothe us in the robes of His grace. May we all be a part of this mysterious feast; may the angels sing for us; and may the exclamations of joy greet the homecoming of all His lost children.

Translated by The Catalogue of Good Deeds
Source: https://pravlife.org/ru/content/vse-mne-pozvolitelno-no-ne-vse-polezno 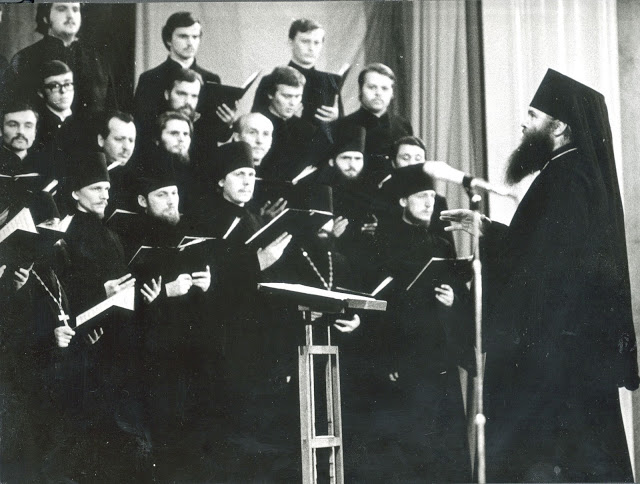 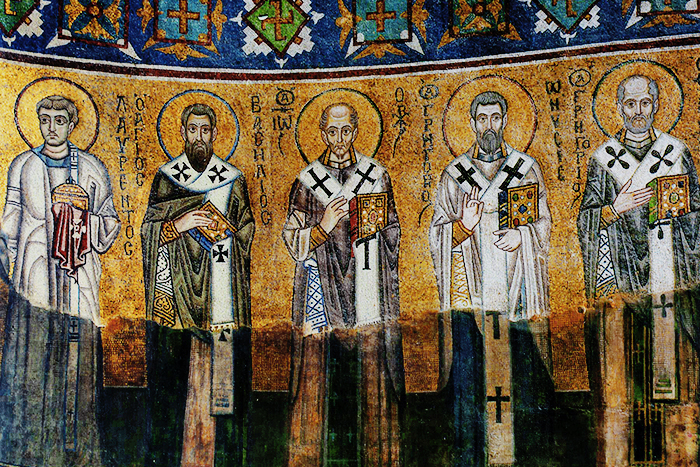 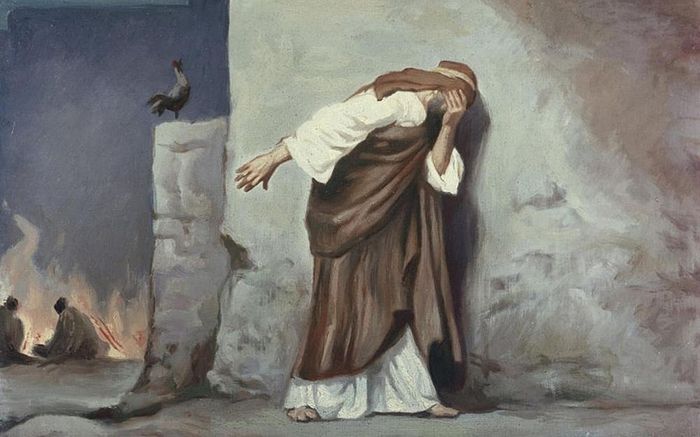