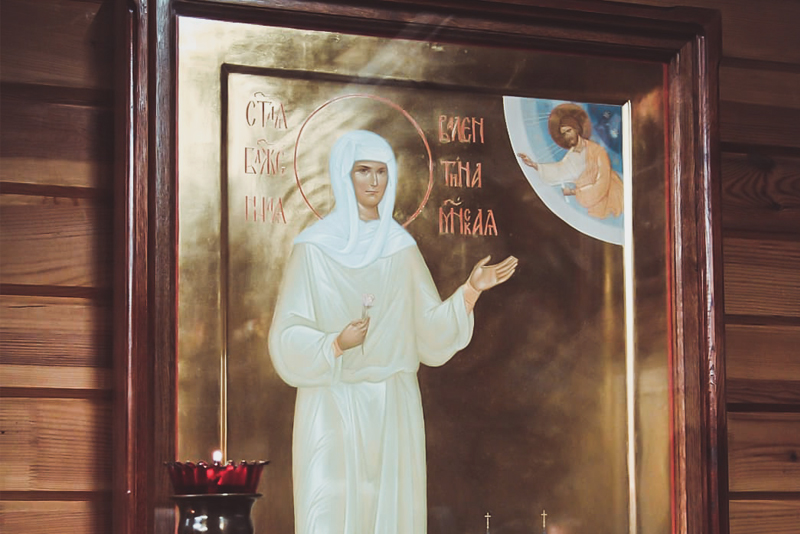 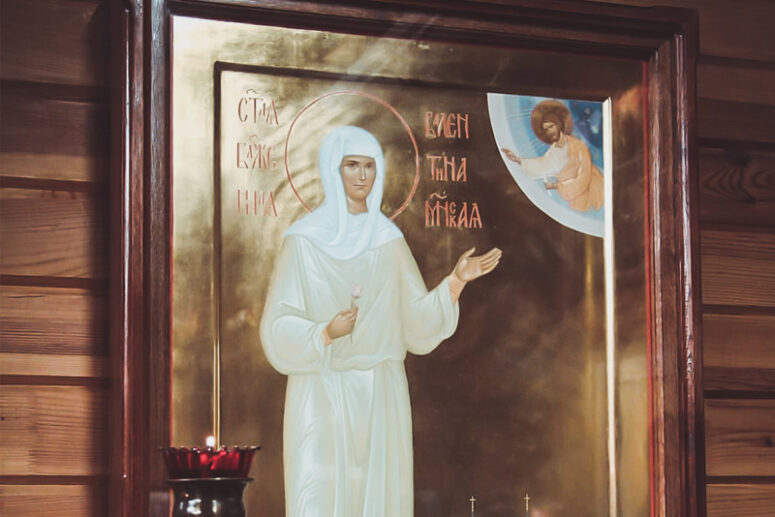 Travellers from different parts of the world have been coming to the grave of the blessed saint Valentina of Minsk near Krysovo Village in Dzerzhynsk District of Minsk Region. They bring to the saint their troubles and concerns, they pray and ask for her intercession in the healing of bodily and mental afflictions. The saint hears their pleas just as she did in her life, and gives comfort and consolation to all who approach her with a repentant spirit and a pure heart.

To date, thousands of written testimonies have been documented of the miracles that occurred through the intercession of Saint Valentina of Minsk. The most important miracle of all is that through the prayers of Saint Valentina, the people are meeting God. The visit to Saint Valentina and the help that she gives brings people back to church, and leads them to repentance and partaking in the holy sacraments of confession and the Eucharist.

Healing from a serious illness

Marina: We visited Saint Valentina with my sister three years ago. I had been suffering from Hepatitis C for 17 years, and I asked the saint for her help in my healing. I came with faith and repentance. Three months later, I took the tests for Hepatitis C, and the result was negative. The doctors were surprised, and so was I.

We also asked for her prayers for our kin. My father had a multiple displaced fracture of a leg. The doctors said that he needed an operation which he might not have survived. After a visit to Saint Valentina, we had another X-ray scan, and it showed that there was no longer a displacement. Shortly afterwards, my parents took their first communion through the prayers of Saint Valentina.

One of the travellers shared a story of her miraculous healing from cancer through the intercession of the saint. I felt that something was wrong. I was feeling unwell, so I came in for a medical examination. After a series of tests, they diagnosed me with an advanced form of cancer. I could not eat or sleep for three days. I came to church and opened the first book I saw on the stand. That was the life of Saint Valentina of Minsk. As soon as I began to read it, I felt as if I was coming back to life. At home, I put the book on my chest and went to sleep for the first time in three days. I travelled several times to the saint’s grave, and eventually, they repeated the diagnosis, and could not find any traces of cancer.

Once, a young woman came to Saint Valentina’s grave with a large bunch of flowers. She said in a conversation that Saint Valentina had helped her cure herself of a reproductive health condition. I had an ultrasound, and they found a myoma in me. Doctors were saying that I needed surgery. I was afraid. On a recommendation from a friend, I travelled to Saint Valentina and asked for her help. I said the prayer in my own words, in the best way I could. When I finally agreed to have the surgery, I had another ultrasound. The doctors said that surgery was no longer necessary. 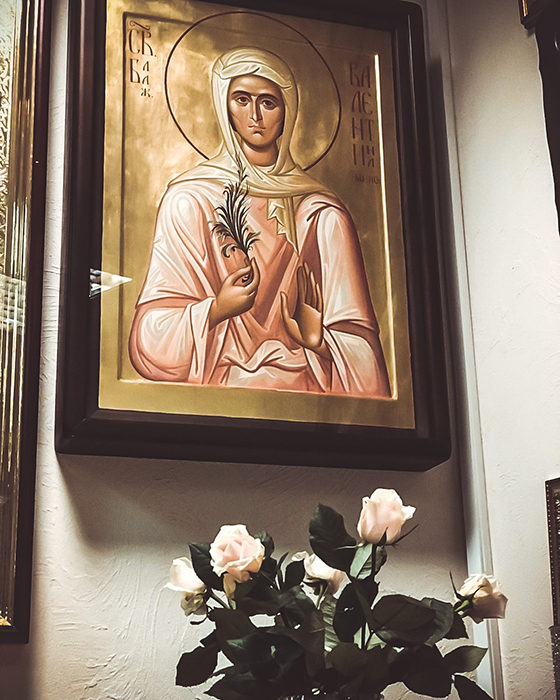 Vladimir: In 2016, my wife was taken to hospital with a threatened miscarriage. She was 20 weeks pregnant. They offered her an abortion, but we refused. She was transferred to the central maternity clinic. When the doctors looked at her records, they said they could not do anything for the baby, but doing nothing would have long-term consequences for my wife’s ability to have children in future, It was Friday, and we were given until Monday to make up our minds.

On the next day, a medical examination and consultation found no threats to the pregnancy. We had the baby exactly on the expected due date, a beautiful healthy boy!

Tatyana: The pregnancy was uneventful, but I got worse close to my term. I was taken to intensive care. Suddenly, I sensed somebody’s presence. It was a woman. She touched me and said: “I will help you!” I did not realise then who she was. My birth went well. When we took our infant to be baptised, my mother said to me: “There is an icon in front of the column. Go and bow to it.” When I came near it, I felt a lump in my throat, and tears poured from my eyes. It was an icon of Saint Valentina. I knew that she had helped me.

Tatyana did not go to Saint Valentina herself, her mother had been praying for her. This incident is also a vivid illustration of the power of a mother’s prayer.

Help in the cure of addictions

Alexander: I had been smoking since I was fifteen, and nothing seemed to help. I went to the grave of Saint Valentina and asked her from my heart: “Blessed Valentina! Help me, a fool, to quit smoking! I cannot control myself.” I have not smoked for three years – I stopped after the visit, and never had a cigarette again.
Here is another account of Saint Valentina’s help. One woman had a son who was drinking himself to death. She went to Saint Valentina’s grave and pleaded tearfully for her help. When she returned, her son asked her: Where have you been? Even a sip of beer makes me sick. The man is now happily married. He has a child, and he is living a totally different life.

How Saint Valentina of Minsk Helped during the Great Patriotic War

Akathist to Saint Valentina of Minsk

Alive Thanks to Prayers to the Saints. A Miracle for Neonatology

Translated by The Catalogue of Good Deeds
Materials used: https://obitel-minsk.ru/chitat/den-za-dnyom/2021/svyataya-blazhennaya-valentina-moli-boga-o-nas 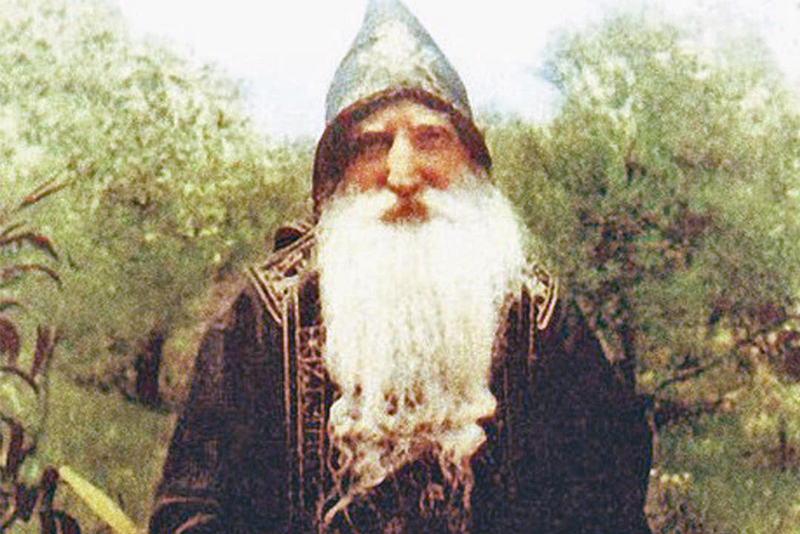 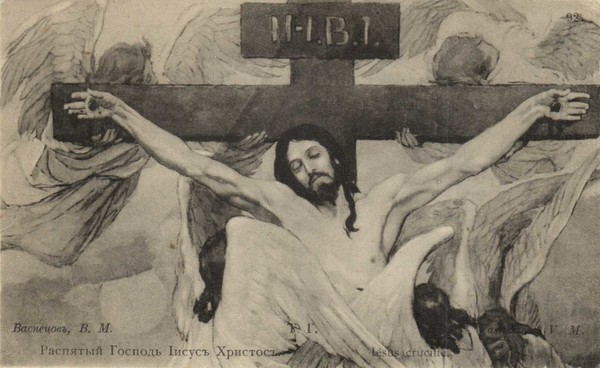