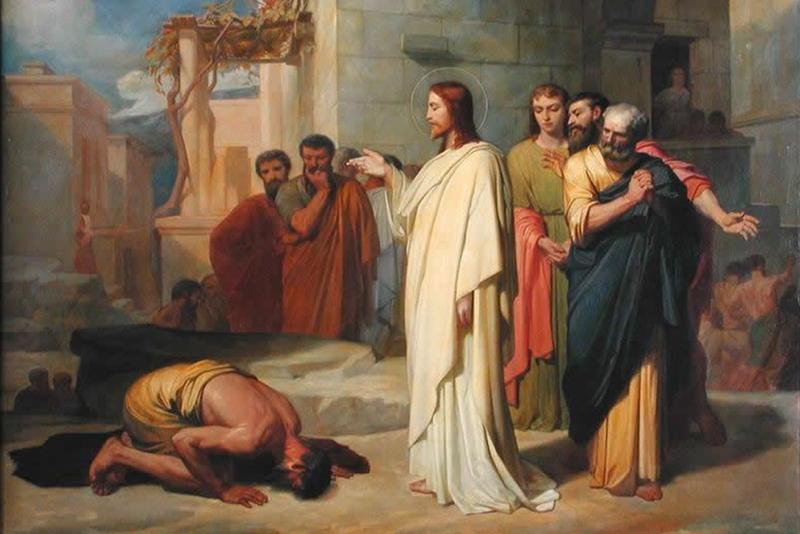 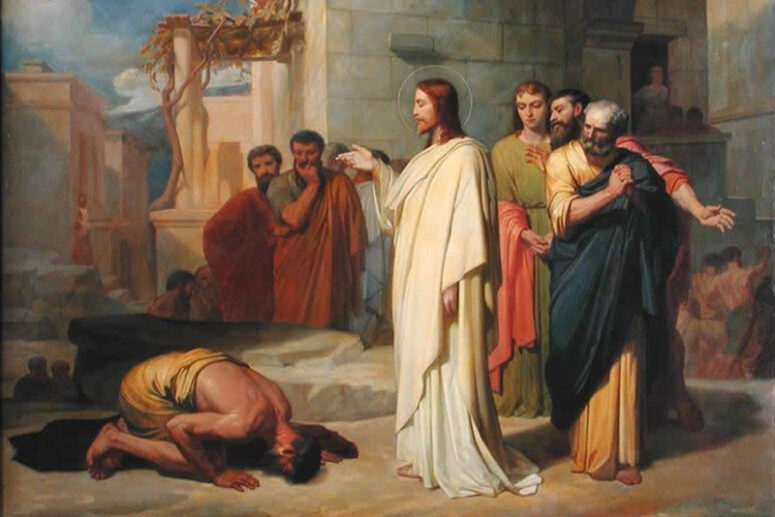 There is a lot of evidence that writing down five things for which you are grateful each day is good for your health, both mentally and physically.  Doing so is associated with lower rates of depression, anxiety, and pain and with a higher sense of well-being.  Perhaps that is because it is the very nature of the human person to be the recipient of God’s blessings.  The more we give thanks for all that God has done for us, the more we embrace the reality of who we are.  The word “eucharist” means thanksgiving, and in the anaphora of the Divine Liturgy of St. John Chrysostom, the priest thanks God for bringing us into being out of nothing and for raising us up from sin into the life of the heavenly Kingdom.  “For all these things, we give thanks unto Thee and to Thine only-begotten Son and Thy Holy Spirit: for all things we know and of which we know not, for all the benefits bestowed upon us, both manifest and unseen.” God’s blessings are so overwhelmingly mysterious that we surely cannot count them fully.

Given what we do know about the divine mercy we have received, gratitude must become an abiding characteristic of our lives.   That means that we must become like the Samaritan leper in today’s gospel reading. The only one of the ten lepers who returned to thank Christ for healing him from the most dreaded disease of that time was a hated Samaritan, someone considered a foreigner and a heretic by the Jews.  Leprosy separated its victims from anyone who did not have it. The men had stood at a distance from Christ when they called out for healing, for they were considered dangerously unclean. After being delivered from such a terrible malady, the Samaritan fell down before Him in gratitude.  Then the Lord said, “Rise and go your way; your faith has made you well.”

If we want to cultivate the kind of faith that makes us well, that enables us to participate personally in the Savior’s healing of our souls, we must do the same thing.  The other nine who were healed of their disease were not mindful of the meaning of what Christ had done for them.  They were surely happy to be healed, but they were so self-centered that they reacted simply as people who had got what they wanted.  They were done with Christ and did not need Him anymore.  They made their encounter with Him all about themselves getting what they had desired.  Then it was time to move on to the next item on their agenda.

We are surely often just like them, for we try to use God simply to get whatever we want.  When we convince ourselves that that is happening, it is easy to develop an inflated sense of how righteous we must be.  We may think that we must be pretty holy in order to receive special favors from the Lord.  Of course, thinking in this way shows how spiritually ill we remain.  It is simply the human condition to be the recipient of God’s blessings, “For He makes His sun to rise on the evil and on the good, and sends rain on the just and on the unjust.” (Matt. 5:45) The Bible is full of warnings against the temptations faced by those who seem to have the most in life.  As St. James wrote, “Come now, you rich, weep and howl for the miseries that are coming upon you. Your riches have rotted and your garments are moth-eaten. Your gold and silver have corroded, and their corrosion will be evidence against you and will eat your flesh like fire. You have laid up treasure in the last days. Behold, the wages of the laborers who mowed your fields, which you kept back by fraud, are crying out against you, and the cries of the harvesters have reached the ears of the Lord of hosts. You have lived on the earth in luxury and in self-indulgence.” (Jas. 5: 1-5) Contrary to popular opinion, there is no reason to believe that those who are successful by worldly standards are being especially rewarded by God for their righteousness.  As Christ taught, in His Kingdom “the last will be first and the first last.”  (Matt. 20: 16)

Perhaps the Samaritan returned to give thanks because he had never expected to find healing from the Jewish Messiah.  He knew that, in the eyes of the Jews, he was considered sinful and an outcast.  Nonetheless, he obeyed the Lord’s command to head toward the temple in Jerusalem to show himself to the priests.  That must have been a very difficult instruction for a Samaritan to obey, for the Samaritan temple was not in Jerusalem, but on Mount Gerizim.  The Jewish temple was no place for a Samaritan; he surely would not have been welcome there.  Nonetheless, he set out toward Jerusalem with the other lepers.  When he realized that he had been healed, he was the only one to return to thank the Savior for this life-changing miracle.

This man did not have the pride of someone who expected everything to go his way because of his heritage or personal accomplishments.  He could take nothing for granted and was profoundly thankful for a blessing he had never expected would come his way.  He was truly humble and thus had the spiritual clarity to see that the only appropriate response to his healing was to fall down before Christ in gratitude.  That is how he showed the faith that made him well.

All of us experience challenges that can destroy our illusions about ourselves.  That is very often a good thing, for it is a common human failing to think that we are blessed in reward for our own virtues.  When we find ourselves up against difficult circumstances beyond our control that reveal our weakness and brokenness, the eyes of our souls may open a bit to the truth about who we really are.  Despite our prideful assumptions, we are just like everyone else in a world corrupted by sin and death.  Like a Samaritan leper begging for healing, we have no more claim on getting what we want in this life than anyone else.   In Christ Jesus, as St. Paul wrote, we have received the same calling extended to all to “put off the old nature with its practices and…put on the new nature, which is being renewed in knowledge after the image of its Creator.  Here there cannot be Greek and Jew, circumcised and uncircumcised, barbarian, Scythian, slave, free man, but Christ is all, and in all.”

We are all dependent upon the mercy of the Lord for our very existence and for every bit of joy in our lives.  Though we must cooperate with His grace in order to find the healing of our souls, we may take no more credit for our salvation than the Samaritan leper could for his healing.  That is precisely why our lives must be characterized by gratitude, which means not only counting our blessings and thanking God for them.  It also means living thankfully such that we offer every dimension of our lives in union with Christ’s great Self-Offering on the Cross for our salvation.  That means living eucharistically such that we become like the bread and wine fulfilled by the transforming power of the Holy Spirit as our Lord’s Body and Blood.  Bread and wine are common things of this world with no great significance in and of themselves.  But when offered for the Eucharist, they become our communion in Christ, our participation in the Heavenly Banquet.

If we receive the Lord’s Body and Blood, we have an obligation to live as those who are in communion with Him.  That is possible not as a reward for good behavior, but because the Lord has offered Himself, His Body and Blood, for our salvation.  He shares His life with us and we must, in turn, unite ourselves to Him so closely that we become beautiful living icons of His salvation.  If we do not, we show a lack of both gratitude and faith.  Only those who are sincerely thankful can develop the faith to entrust themselves to the Lord.  If we want to offer our souls to receive Christ’s healing, we must begin with gratitude for all that He has done for us.  Remember that that is how the Samaritan leper came to hear these words: “Rise and go your way; your faith has made you well.” 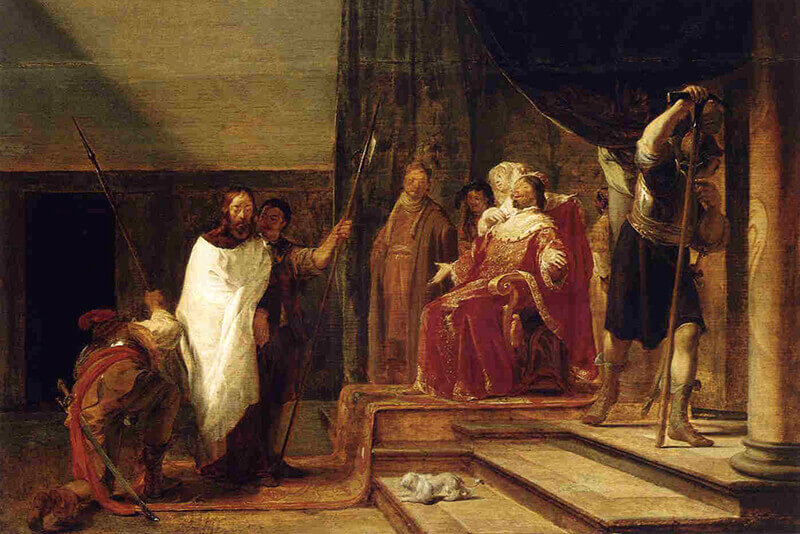 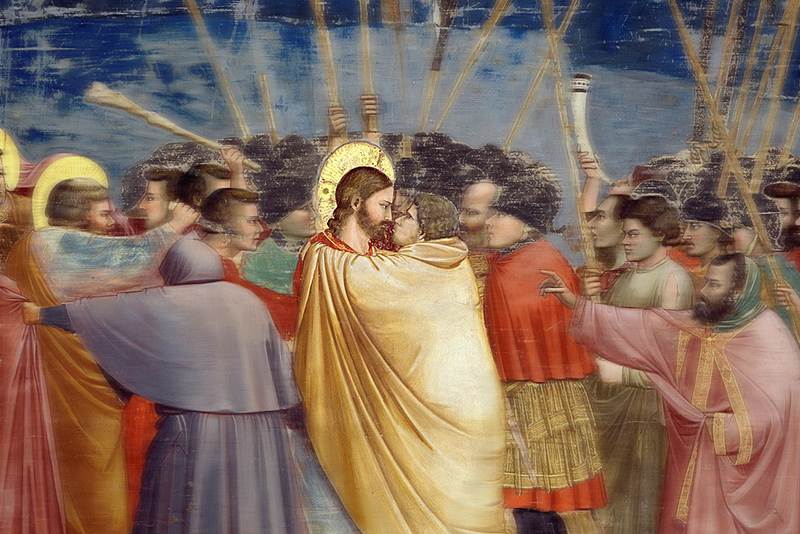 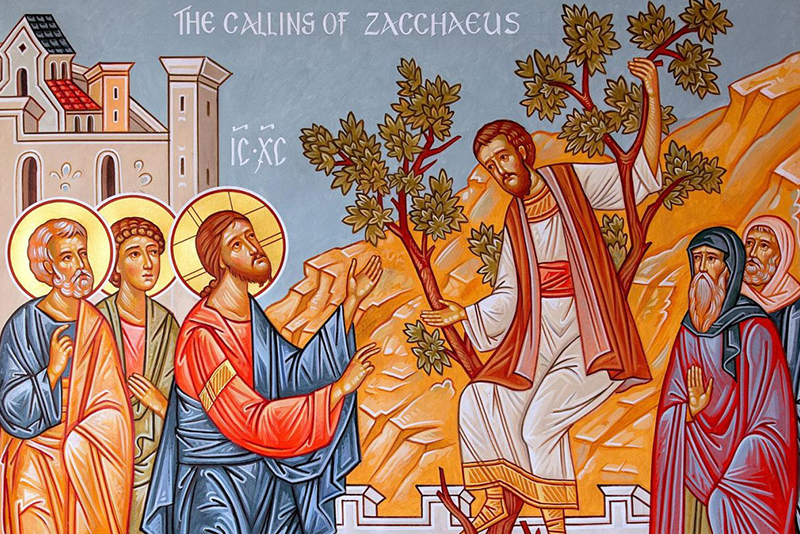