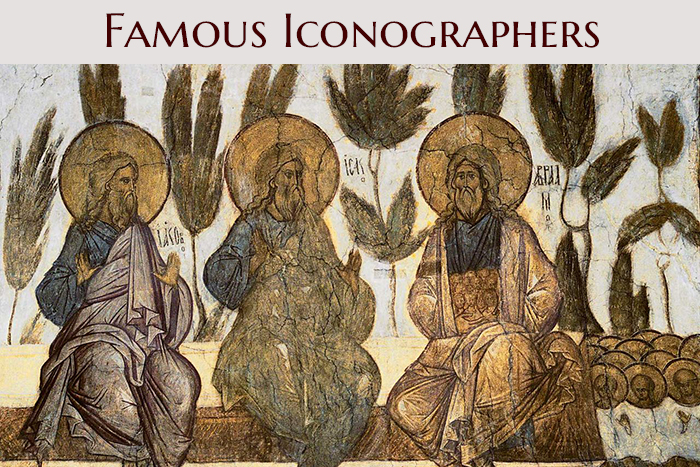 Icon painter Daniil Cherny is known primarily for the fact that he worked with Andrei Rublev, which actually puts his personality in the shadow of that great artist and collaborator.  In point of fact, he also possessed a unique artistic skill and the gift of psychological profiling. His paintings are characterized by a special charm and picturesque design.

The Tale of the Holy Icon Painters, written in the 17th century, informs that Daniil Cherny (lit. the Black) – it is in this text that his nickname is mentioned for the first time – and Andrei Rublev worked together; moreover, Daniil is mentioned first, i. e. he was older and more experienced.

St. Joseph Volotsky left a unique record of the iconographers’ life in his Spiritual Letters. Based on the words of a man who knew both monks, he paints a picture of the absolute unity of souls, perfect purity, and divine inspiration of Andrei and Daniil. They did not care for any earthly thing, but “always lifted up their minds and thoughts to the immaterial Divine light, contemplating with their eyes the man-made images of Christ the Lord, His Most Pure Mother, and all saints. They were filled with great joy and grace when looking at the divine icons on the bright holiday of the Resurrection of Christ; and they did it not only on this day, but also on other days when they were not busy painting.” He also calls Daniil Cherny the teacher of Andrei Rublev.

Anyway, they worked together: they painted the Assumption Cathedral in Vladimir, and also decorated the Holy Trinity St. Sergius Monastery with frescoes and icons.

The fact that the painters worked together made it difficult to differentiate between the artists’ works. Nonetheless, a historian of icon painting suggested that the elder painter, Daniil Cherny, be considered the author of those works in which the features of the previous 14th-century school of iconography, borrowed from Byzantine painters, can be found. One example of such an “old school” is the fresco Abraham’s Bosom, which is one of the frescoes of the Assumption Cathedral in Vladimir; the composition of the southern aisle, the southern slope of the central aisle, several fragments on the northern wall of the main altar, as well as some icons of the iconostasis.

The Abraham’s Bosom fresco became one of the most famous works of the icon painter. It features Abraham, Isaac, and Jacob. The position of their hands indicates that there is a conversation between them. There is a group of saints in white robes in the lower right corner, and people’s silhouettes can also be seen in Abraham’s abdominal region. The fresco is set against a light background symbolizing paradise. There are trees between the figures, which adds to its composition. The combination of shades and artistic expressiveness of the fresco instill a peaceful and relaxed feeling in the viewer.

Initially, the Zvenigorod Chin, that is, the icons for the Assumption Cathedral of Zvenigorod near Moscow, included either seven (the Savior, the Mother of God, John the Forerunner, the Archangels Michael and Gabriel, the Apostles Peter and Paul) or nine (with the addition of John Chrysostom and Basil the Great) icons. Calm contemplation prevails in his Deesis. Slightly bowed heads, light faces and their pensive expression, light shades of blue and pink — everything creates impression of idyllic harmony of the paradise.

There is virtually no information available on the holy artists (Daniil Cherny is also counted among the saints, as is St. Andrei Rublev). They first appeared in chronicles as mature artists and monks. They worked together for almost a quarter of a century and lived in the same cell. They even died almost at the same time from some kind of “plague”. They were buried side by side in the Andronikov Monastery of the Savior. 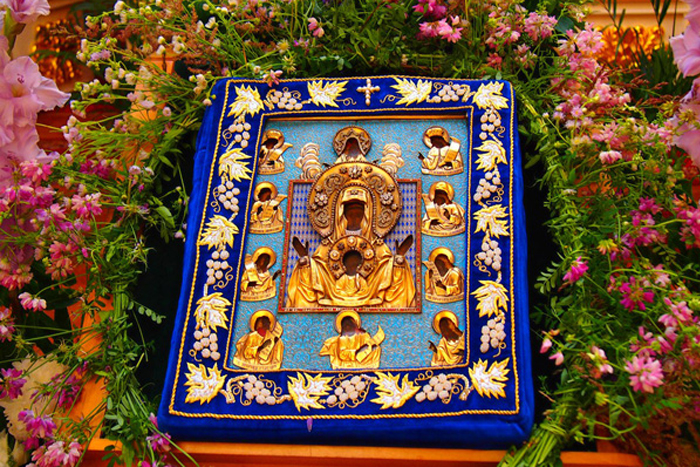 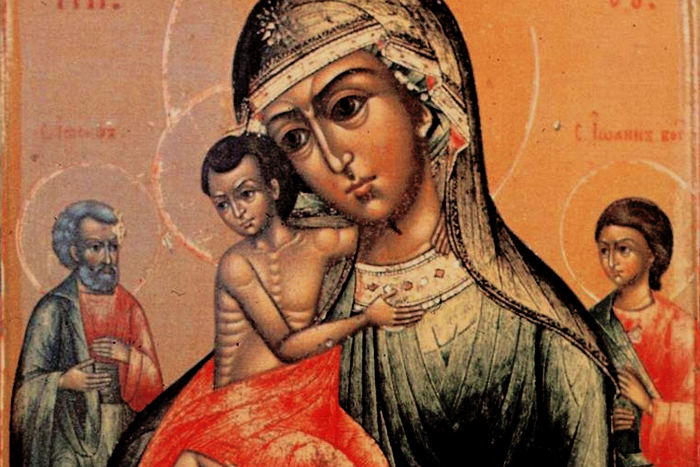 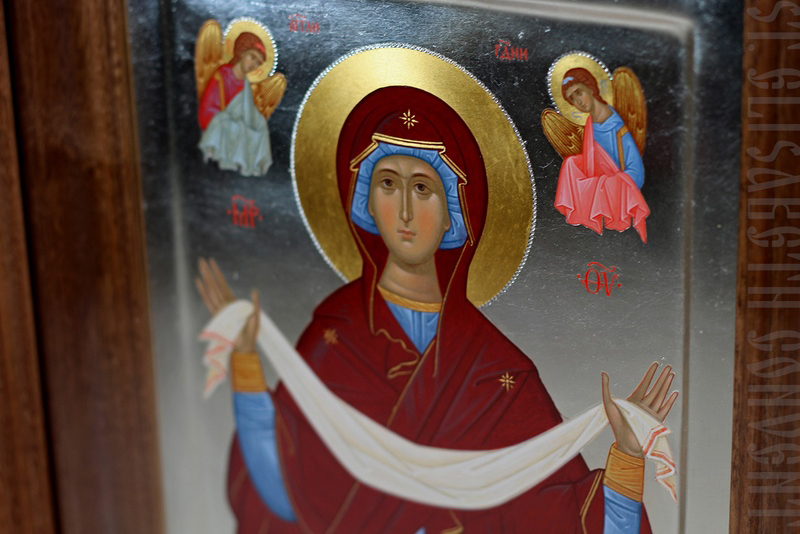