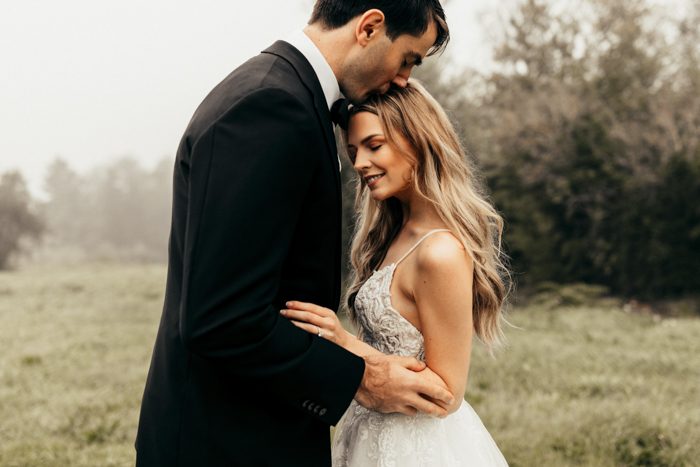 Question: What Should I Do, if I Have Not yet Met that Special Someone?

Answer: What do Orthodox Christians usually advise those who strongly desire (or for whom it is high time) to get married, but who at the same time are not yet in love or have not met that special someone? Most often, there are two contradictory replies. The first one: “Keep waiting, praying and actively participating in church life, keep asking God. When the time is right, you will meet the one; if you do not, then it is unnecessary”. The second one: “It does not matter, whom to marry. In the end, only children are important; love, in turn, comes with habit”.From my point of view, these pieces of advice are not quite functional, although I agree with the arguments in favour of both. Take the second approach, for example. The image of God is hidden in every man, and if our goal is to uncover it, it does not matter in general, whom to marry, for should you ever reach the Image, you will be undoubtedly happy. And if the other would, in turn, be reaching out for the Image in you – it would be an ideal, blissful marriage.

In my opinion, however, these two ideas are to be preceded by one more – before looking for a special one, one has to find themselves first.

What do I mean? A person has to find that inner depth, which I would compare to a very deep well that has a tiny mirror at the bottom. This tiny mirror reflects the stars we cannot normally see due to daylight. In our case, those stars are something Divine. Should one catch the gleam of this light and begin building their life in fidelity to it, I have no doubt, certainty would come subsequently. They would understand their true wishes, comprehend whether they are supposed to be a family person or someone destined to live alone without family. Both outcomes are possible.

When a person finds that light within themselves and understands what is most natural for them, they begin to see the obstacles, which constrain the light. Then, it will start breaking through all the things that block that inner shining. This, however, is very hurtful for we do not bear some abstract well in mind, but rather a very certain well inside a living, tender and very emotional human heart. 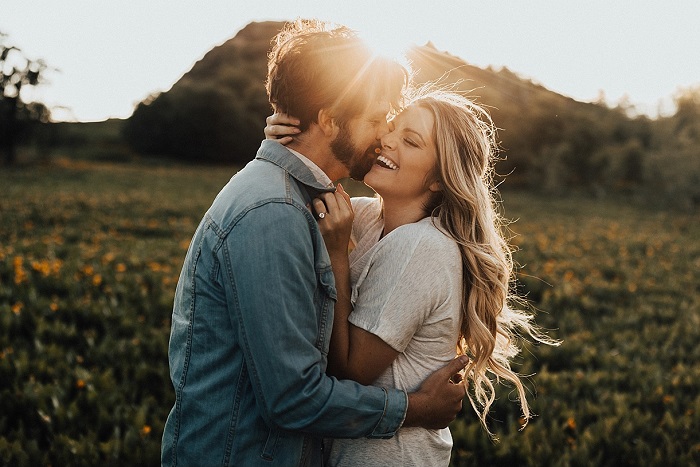 My relationship with my future spouse had a long period of uncertainty too. Despite having felt during our very first encounter that some kind of connection was being established, it did not take any form for a lengthy period. Looking back now I clearly see that it all was due to only one circumstance: I did not quite understand at the moment what my life goals were. When my life had finally been determined, we got married quickly.

Only in their state of certainty and inner struggle with whatever obstructs the unravelling of the Divine construct within us, one begins praying eagerly and responsibly.Until one finds themselves, they will wander; scream at Heaven even, wildly, agonizingly: “Oh, Lord, if I am asking for it so desperately, why will You not grant it to me?” But the Lord knows that by fulfilling that we are so desperately asking for He would simply do us harm, and it is not His intent to flaw our lives. He simply waits for us to grow up, mature, stop yelling, so it would simply be enough for us to whisper once: “Lord, I truly desire it. I understand it will be painful, but I am ready to endure even this. I understand I may make a mistake, but I still truly wish and ask Thee: aid me, direct me, and help me meet someone”. I have no doubts that then the Lord will make it happen.

A very well-known Greek elder, archimandrite Epiphanius (Theodoropoulos), strongly refused to answer any young people asking him for advice on what to do: get married, leave for a monastery or live as a layperson alone. Despite the fact that the elder clearly had a gift of prophecy, he neither advised, nor gave his blessing on principle. Why? He claimed that there were some questions in one’s life, which one should decide for oneself.

Because no matter whose answer you receive from outside, it is not your own. That is why you will always have a thought to blame your problems on someone else, “Father told me so and I being a fool that I am listened to him, and now my entire life has fallen apart”.

Can an Infatuation be Peaceful? 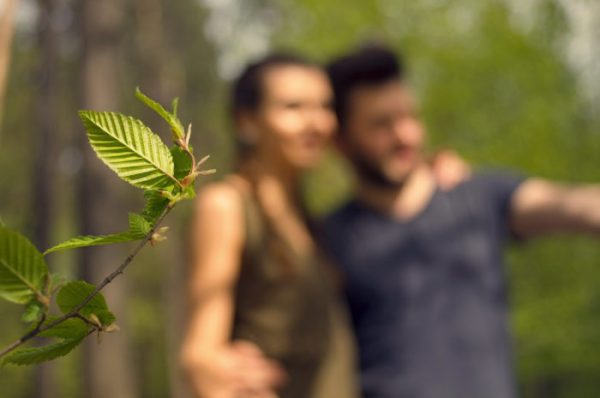 Things can go very differently in life. Does love at first sight exist? Yes, it does. Is there such kind of love, when people have known each other for decades, and then suddenly looked at each other differently and built a beautiful family? Yes, there is. Is there love, when people are wandering, walking around each other unable to understand, still get married, torture each other and divorce in the end? Yes, there is. Everything is out there! There cannot be any universal templates or patterns. The same way every person is unique, people’s relationships are unparalleled and irreplicable.

Celebrating a Divine liturgy on Sunday a while ago, I realized at some point that the altar has a spot where the resonance during prayer is extremely powerful. In other words, I can talk really quietly, but be heard clearly and distinctly. Three centimetres aside and the sound changes drastically.

The love can be compared to a high resonance state, when people are literally on the same wavelength. The “frequency range” is, however, very narrow and impossible to secure, it has to be found (all over) every time.

Having experienced finding the range, two people will strive again and again to return to the frequency.

Non-cultivated relationships inevitably end in collapse or a pathological state of co-dependence, where everyone just plays their role with no intent to change.

When we are talking about “peaceful” or “non-peaceful” infatuations, we primarily describe the emotional background. When we are talking about love, we mean the “will” component rather than feelings: we mean our readiness to love. Thus, love is my dispensation: I wish to love this person. This wish will inevitably alter my heart as well. Even if a person does not have explicit love, but wants to have it and aims for it, I think their heart will eventually open up. 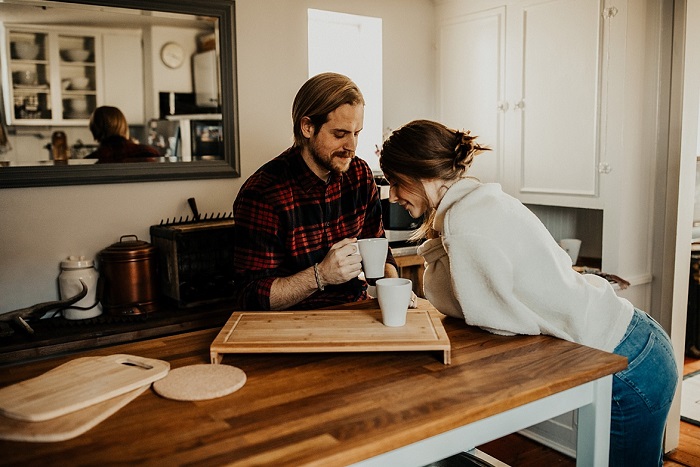 When I talk about “finding oneself”, I mean the inner emphasis on utmost honesty and openness to the one you are at the moment. Not the theoretical “one” you are going to become somewhere in 24 years, but rather the one you are here and now. It is, however, very painful for we live in the world of images and simulations and create them constantly, as the means of defence, as an armour of some sort that would not let the others infiltrate us and ourselves to open up before them. Because the state of openness is a state of defencelessness.

I Desire to Marry According to God’s Will. But How Would I Understand It?

In one’s relationship with God, one can feel differently. One may feel very dependable: a slave, getting their head parted, should they ever do anything wrong or a mercenary, whose main principle is “quid pro quo”. They may also feel like a free-willed son, who in the house of their Father has absolute freedom, who owns everything their Father owns and whose only thoughts are towards multiplying those riches and pleasing the Father. Building upon those three foundations, one will understand God’s will variously.

As the apostle Paul says, God’s will is good and absolute.

What does the Lord want from us? Only two things: for us to love Him and each other. That is all.

In turn, the question “How?” entirely depends on us. We read «how» to love the Lord and one another in the Lord’s Commandments and in the Sermon of the Mount.  Christ Himself shows us “how” by giving up His life for us on the cross. However, when we are talking about the application of those commandments to our lives, everything is entirely in our hands. Therefore it is slightly naïve to look for God’s will in it. Why?

It seems to me, that the very formulation of the problem of looking for the Lord’s will reflects that above mentioned fear to make a mistake. But fear is the opposite of faith, the opposite of willingness to trust God particularly in this matter. By no means do I encourage wild, reckless decisions, but when a person listens to themselves, to their heart and hears what is going on inside them, they can overcome this fear.

Although when one cannot hear their heart, when the inner background noise obstructs their hearing, it is most likely that whatever they do would make them regret it. The cause of their errors would not be disobeying God’s will, but rather not yet hearing, not getting through to themselves.

Going back to what I have begun with, one needs to seriously look within and start figuring out what one truly wants. Are they ready to overcome themselves, to work on integrating their life into a life of another person? Are they ready to it being hard, uncomfortable, and painful? Are they ready to sparks flying around sometimes? It is not by chance that marriage is considered one of the most effective means of spiritual building: yes, the sparks are flying, but at the same time, both sides are polished and altered.

The main secret of any true marriage is that two should learn to be one. Not devour, or assimilate, or reject each other, but rather preserve their uniqueness, exceptionalness, respectfully accept what the other person conveys, but not betray own principles and values as well. 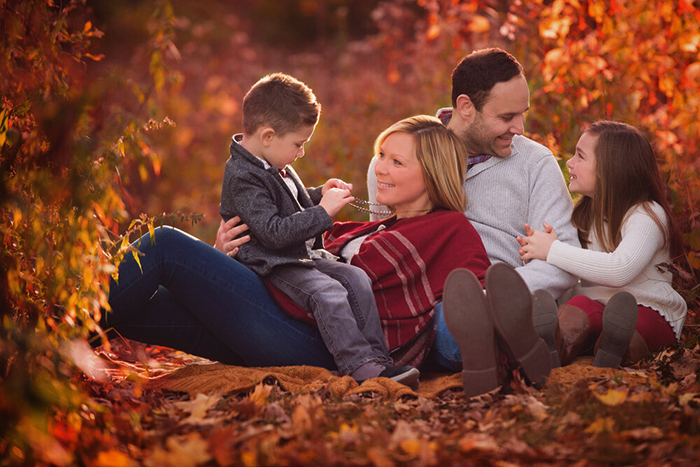 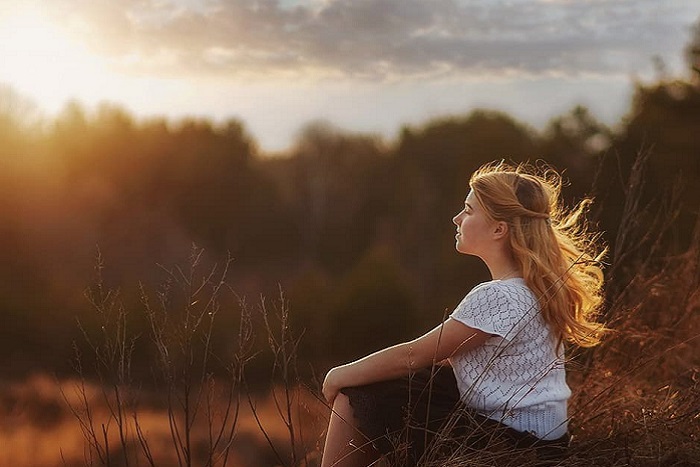