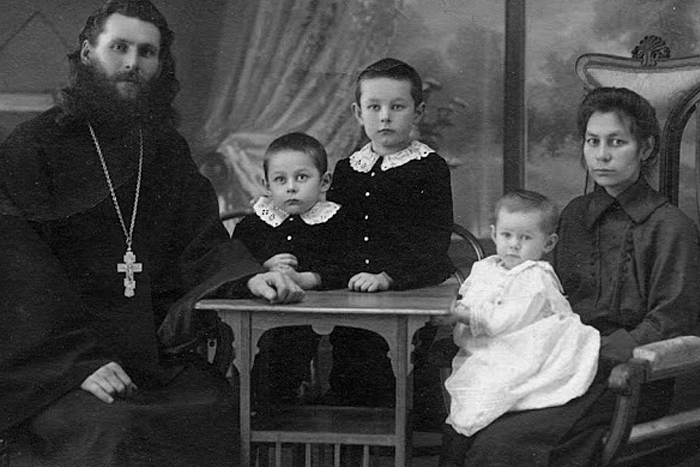 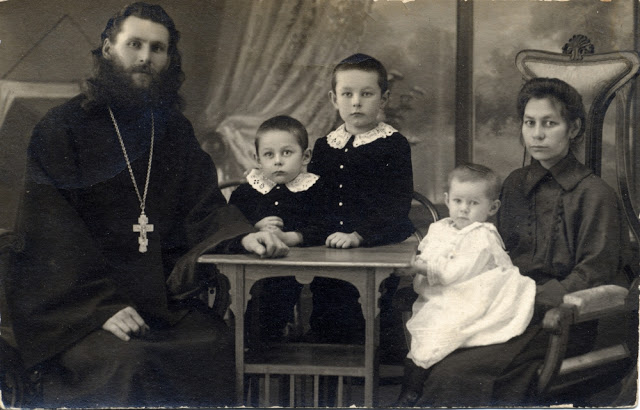 It would be so wonderful if we could open a book, entitled “A Manual”, or even “The Ladder of Perfection”, which would describe in detail the ascent of a priest’s wife to the heights of prosperous life, providing detailed recommendations, illustrative examples, and all the qualities required for becoming a pastor’s better half. Or if we could have a sort of, “Lives of the Holy Mothers” that would provide brief and happy stories of the priests’ wives who especially pleased God, complete with their spiritual accomplishments and selected instructions.
Alas, such books do not exist. And there is a reason. A young lady’s seemingly innocent longing “to become a priest’s wife” is actually dangerous. In my judgment, a young woman who wants to become a priest’s wife is none other than an incarnation of the popular “Zhdun” [1] who, unlike the real humble and good-natured personality, will inevitably turn into a depressive and ever discontented “female Zhdun”.
Let me put it more clearly; I’d better paraphrase it. This desire should be formulated this way: “I would like to become a priest’s wife. But may Thy will be done, O Lord! I want to become a true Christian, I wish to be pure, to be a helpmate to a future pastor, I am willing to support him in any place (even in a remote village), to give birth to as many children as Thou wilt give to me, to strive for righteous life above all, to give my love to all my nearest and dearest, to be meek and patient… In a word, Lord, help me become Thy faithful lamb. And may thy will be done in all other things.”
“Yet in real life all this is very different,” some readers may argue. From an outsider’s viewpoint, life of a cleric’s wife may seem very comfortable. True, dear readers, sometimes families of priests do have material wealth. And in some cases it provokes someone’s envy.
However, we cannot judge anybody as we do not know the circumstances of people’s lives. For example, one priest’s wife is condemned for her “frequent vacations abroad”, whereas in reality she lost her long-expected baby during pregnancy, was beside herself with grief, and so the parishioners gave her a pilgrimage trip to the Holy Land to relieve her sorrow… And another priest’s wife is criticized for driving an expensive car, whereas in reality a church benefactor, an oligarch, helped them build the church and provided it with vehicles—to be used exclusively for parish needs, of course… And another priest’s wife is overweight or obese only because she has had diabetes since childhood…
These are just outward things. As for the inner life of a priest’s wife, it is visible only to God and her immediate relatives. According to my observations, people tend to change—each of us has to bear a heavy cross, and no external comfort can relieve our suffering and pain.
My husband, Priest Andrei, for five years was a confessor of the high school in honor of Sts. Cyril and Methodius in the city of Novosibirsk, and as he communicated with children he often encountered misconceptions about the life of priests’ families. In order to overcome these stereotypes Fr. Andrei suggested girls from the senior school (who wanted to be priests’ wives as well) to start a club where they could gather and talk with me and my family circle, ask questions and spend time together.
The club existed only for two years due to my difficult sixth pregnancy, but, as far as I can judge, our communication with the girls was amazing and memorable. 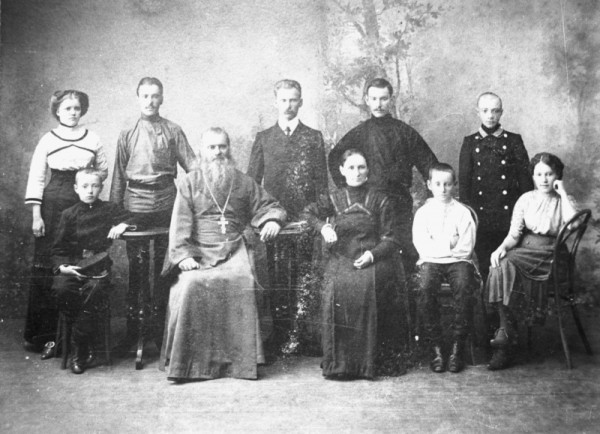 Here are the thoughts we once wrote down after a club meeting and discussed many times afterwards:
– The “privileged position” of priests’ wives is a mere myth;
– A future priest’s wife promises to keep chastity in order to please the Most Pure Virgin Who is the Patroness of priests’ wives in their ministry;
– Generally speaking, a priest’s wife in the Church is a simple laywoman who is not different from any other parishioner of a parish church. Her rights and responsibilities to her household and husband, to God and the Church are quite common and typical for an average married Orthodox woman.
– The status of a priest’s wife obliges her to show love for people and not to abuse her position in the Church — it is considered bad manners. It is the worst thing for a parish if a priest’s wife behaves like a “superior”;
– “A Church kopeck will burn up a whole house”. This proverb is very far-seeing. A priest’s wife should concern herself with her husband’s righteousness, but she should never goad him into vulgar “money-making” from the holy Church sacraments;
– A priest’s wife is a servant to everybody. She serves him who serves the Almighty. Therefore, she has nothing “private”. She has neither a “private” husband (he belongs to the Church), nor “private” time (all her time is devoted to the Church a priori), nor “private” things and affairs (all her actions are perfectly visible to God and people). The publicity and transparency of the life of a priest’s wife strengthens her husband’s reputation;
– As long as a family lives the churchly life, it is idyllic. But once the world with its temptations sneaks up on the life of an Orthodox family, signs of a rift between the spouses may appear (jealousy, resentment, quarrels);
– A future priest’s wife needs to walk her path in Christ (independently of her future husband) before marriage. If a priest has to “drag” her to church “at the end of a rope” (as the saying goes), and then has to “drag her kicking and screaming” in life, then it will end very badly. The burden of a priest is very heavy, and he needs the support of a faithful and pious wife. A future priest’s wife should first seek Christ before seeking a husband;
– A future priest’s wife must be prepared to live on charity—to depend on the voluntary contributions of parishioners. And she will have to give an account to God for how she has spent this money in her lifetime;
– A priest’s wife is a source of goodness and generosity;
– A priest’s wife is a woman of prayer;
– A priest’s wife is one who considers herself unworthy of being a priest’s wife. 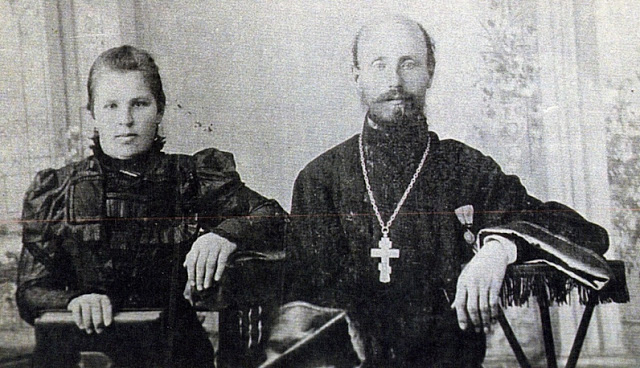 In conclusion, returning to the comparison of a priest’s wife with the popular “Zhdun”, I would like to explain that she will have to wait all the time. A priest is not a “tame”, “domestic lion”. And unless she understands that her husband belongs above all to the Church, to his parish and pastoral duties, and only then to his family, she will become embittered and (because of her cares, imaginary loneliness, and her permanent and annoying independence) will eventually turn into a shrew, a virago, and not a priest’s wife (a matushka)… Or she will end up an unhappy woman who has proved unable to find both herself and her personal God in the Church.
[1] “Zhdun” is the name given by Russian internet users to a new sculpture by the Dutch artist Margriet van Breevoort in 2016 for Leiden University. The character looks like the hybrid of an elephant, a walrus and a giant insect, and because of its ridiculous appearance it quickly became a popular Russian “meme star”. This word in Russian comes from “zhdat’” (“to wait”), and literally means “one who waits”.
Source: https://orthochristian.com/106142.html
7 shares
Previous post
Next post 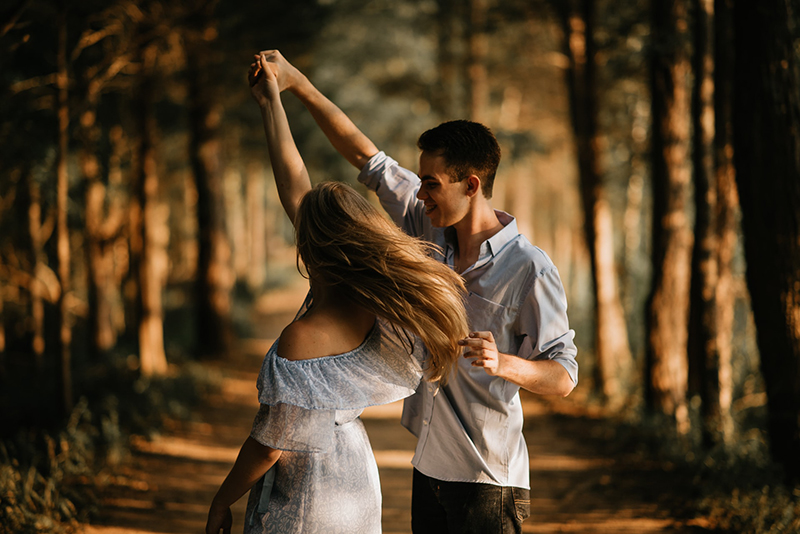 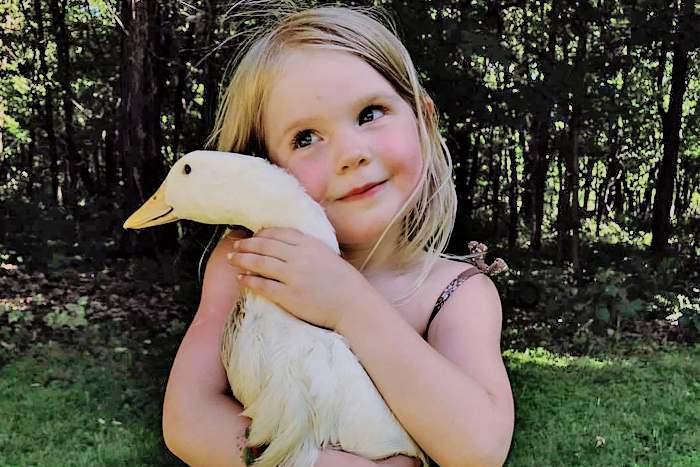 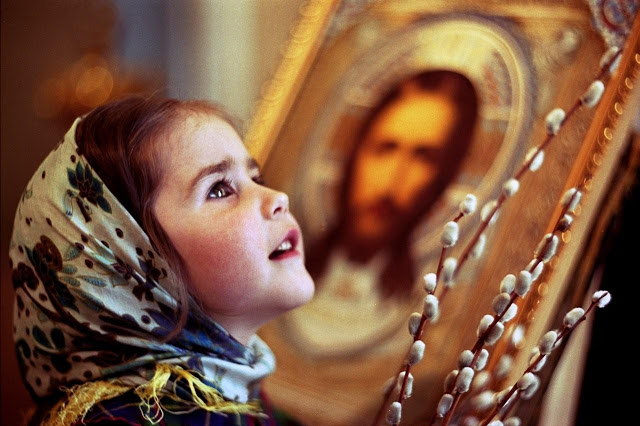