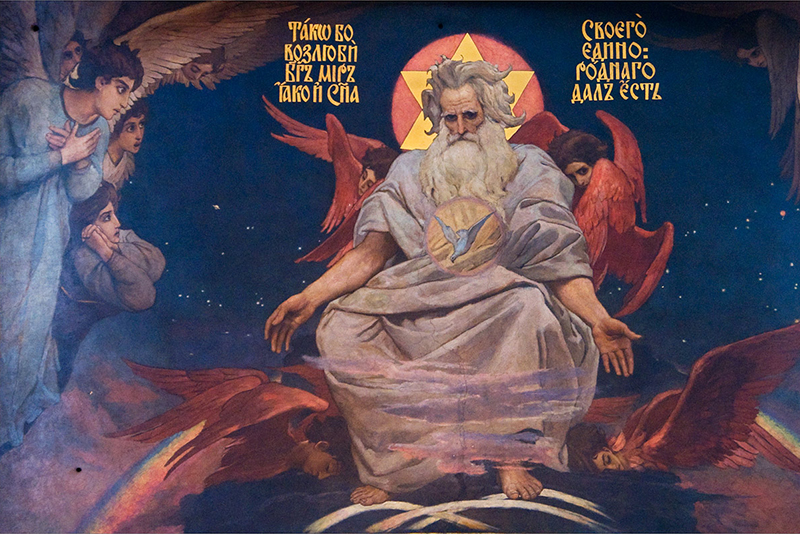 The fact that God the Father is traditionally not depicted on icons is theologically justified. However, there are a number of known depictions of God the Father, the most widespread of which even had to be condemned synodically. Most of these icons have been forgotten, and finding one today is an unlikely event. There is however an exceptional case, the canonical icon of the Most Holy Trinity, universally venerated to this day. More on all this below.

Why Can’t We Portray God the Father?

The answer is obvious: we do not know what He looks like. God the Son appeared in the Old Testament times (for example, in the Burning Bush) and completely assumed human nature in the New Testament. The Holy Spirit is known to have appeared in the form of a dove. However, the image of God the Father is unknown to us. St. John Damascene said at the Seventh Ecumenical Council, “We do not depict God the Father because we cannot see Him. If we could see Him, we would depict Him”.

At that time, the icons of God the Father were based on the vision of the prophet Daniel, “As I watched, thrones were set in place, and an Ancient of Days took his throne, his clothing was white as snow, and the hair of his head like pure wool; his throne was fiery flames, and its wheels were burning fire … As I watched in the night visions, I saw one like a son of man coming with the clouds of heaven. And he came to the Ancient of Days and was presented before him. To him was given dominion and glory and kingship, that all peoples, nations, and languages should serve him. His dominion is an everlasting dominion that shall not pass away, and his kingship is one that shall never be destroyed.”(Dan. 7: 9,13,14).

Many interpreters of this vision identify the Son of Man with the Ancient of Days: “Interpreting ‘coming to the Ancient of Days’ spatially would be ignorant, because the Godhead is not present in space, but fills everything. These words really mean that the Son has attained the glory of the Father” (St. Cyril of Alexandria). This interpretation was firmly established in the teaching of the Church and expressed in her hymnography, “Mentally perceiving Thy secrets, O Lover of mankind, in purity of mind Daniel beheld Thee on the cloud, like the coming Son of Man, O Judge and King of all nations” (Canon to the Prophet Daniel and the three youths). Since God appears here in a vision of a single person and due to the heterogeneity of interpretations, the Church decided not to rely entirely on this prophetic vision, thereby not considering it a sufficient basis for the depiction of God the Father.

The issue of depicting God the Father was not considered formally at the 7th Ecumenical Council, and consequently there was no canon prohibiting it. The main criterion for the possibility of depicting the Godhead was His visible incarnation. Due to the absence of a direct prohibition and misinterpretation of Scripture, icons with God the Father continued to appear despite not being recognized by the Church. Over time, their widespread acceptance in Russia began to require a council discussion.

The Stoglav Synod of 1551 banned the images of God the Father. The common icons of that time (Soprestolie, Fatherhood, Ancient of Days, Crucifixion in the Bosom of the Father, the God of Hosts, Six Days, the All-Seeing Eye, Our Father, Wisdom etc.) were prohibited.

Apparently, this prohibition did not have much effect, since the Great Moscow Synod (1666) had to condemn this phenomenon once again. From the decisions of this council, we can see the scale of the spread of such icons, “It is good and proper to place a Cross, that is, the Crucifixion of our Lord and Savior Jesus Christ, above the Deisis in the holy churches in the place of Lord Sabaoth…”

An icon painting guide titled Erminia contained the following words in favor of depicting God the Father, “We depict the Unoriginate Father in the form of an Elder, as Daniel saw him”. It also argued that such images were already established in the more ancient practice of the Church. The Council, on the contrary, adhered to the traditional patristic interpretation of this prophetic passage, as well as the principle of the 7th Ecumenical Council that only that which is visible can be depicted. Ultimately, the Synod decreed, “We say this to shame the iconographers so that they stop making false and vain paintings, and from now on paint nothing according to their own ideas, without an authentic reference”.

The Only Canonical Icon Depicting God the Father

The only approved icon containing images of all Persons of the Most Holy Trinity was the Trinity icon by Andrei Rublev. It depicts the three angels appearing to Abraham in Gen. 18: 1-8.

St Caesarius of Arles interprets this passage as follows, “Now where did this happen? ‘Near the holm-oak of Mamre, which in Latin is interpreted as ‘vision’ or ‘discernment.’ … Of this vision our Lord spoke to the Jews in the Gospel when He said: ‘Abraham rejoiced that he was to see my day. He saw it and was glad. He saw my day, He says, because he recognized the mystery of the Trinity. He saw the Father as day, the Son as day, the Holy Ghost as day, and in these three one day. Thus, the Father is God, the Son is God, the Holy Ghost is God, and these three are one God” (Sermons).

The Stoglav Synod allowed the use of this icon because it depicts the Holy Trinity appearing clearly and visibly, and also because the faces of the Trinity depicted on it are symbolic, and the icon makes no claim to reflect the essence of God. In order to preserve their canonicity, the subsequent copies of this icon have to suit certain requirements. There should be no differences in the appearance of the angels, so as not to point to any differences between the persons of the Holy Trinity (in some copies, the clothes of the angels are also identical). Besides, the icon should be inscribed only with the words “Holy Trinity”, not ascribing a particular person of the Trinity to any of the depicted angels.

As much as we sometimes desire to lift the veil of divine secrets, it cannot be done, unless God Himself so wills. “No one has ever seen God” (John 1:18), and therefore, looking at the image of God the Father, we should understand that it is purely symbolic and cannot have a real connection with the essence of God. 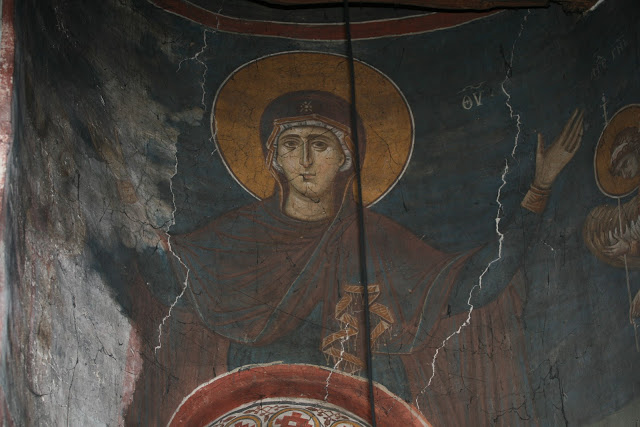 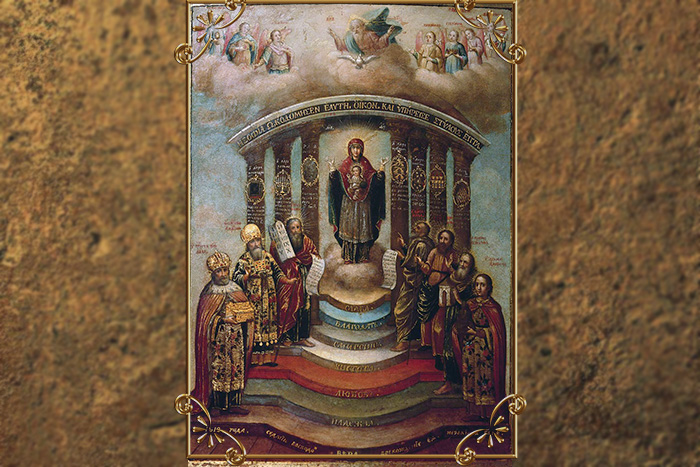 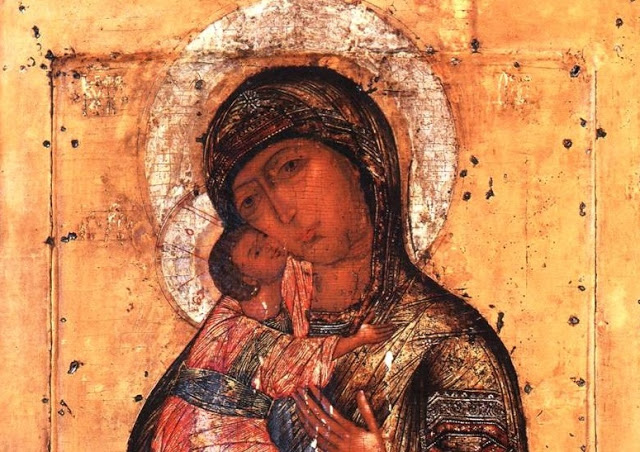