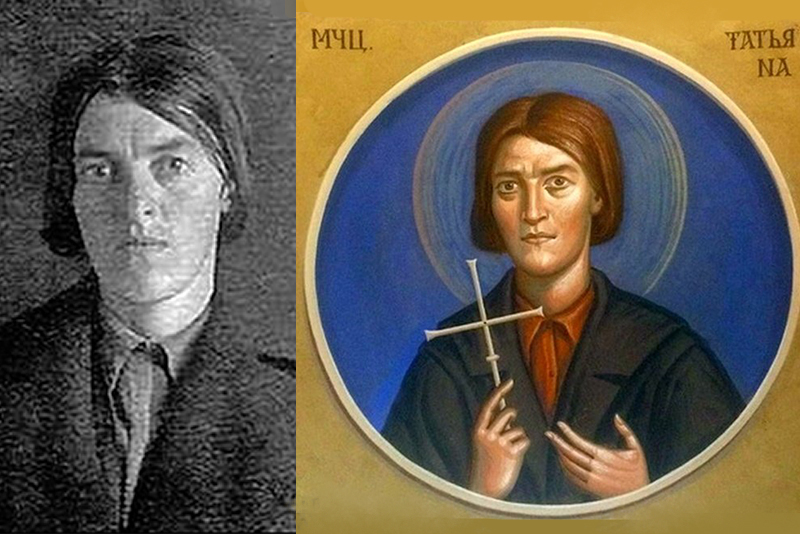 The great feats of martyrdom exemplified by the early Christian saints may seem to us a matter of the distant parts no longer relevant to our time. But did you know that the number of Christians who died for their faith under Soviet rule exceeded that of the Christian martyrs of the early times? Tatiana Grimblit is one of the new martyrs for the faith. Like the Great Martyr Anastasia of Sirmium, she gave help and reassurance to those imprisoned for their faith and died a martyr’s death for doing so.

“I knew that I had taken up my cross; I will follow God joyfully to prison, and even to the grave if I have to,” wrote the Holy Martyr Tatyana Grimblit in 1937. Stalin’s secret police officers from NKVD were standing behind her, as she was finishing her letter. They were preparing to take her away and let her inform her mother about her arrest via her friend.

She had been helping those imprisoned for their faith ever since the ‘red terror’ years of the civil war. Most were wary of giving refuge to those whom the state had designated as enemies of the people. As a case in point, the police had arrested a priest and were escorting him on foot to the city. Night-time was approaching. They passed two villages on their way, and no one dared to let the priest stay with them for the night. But the Holy Martyr Tatyana not only accommodated released political prisoners but would also let them have her room. For sixteen years, Tatyana, a single woman, spent almost all of her meagre salary of an orphanage teacher on food and clothing for prisoners, political or non-political. 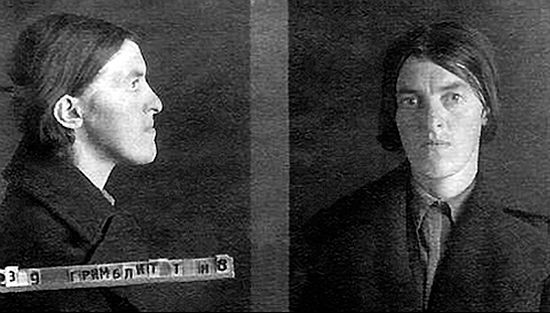 As documented in the record of her police interrogation soon after her second arrest on 6 May 1925, she admitted,

“Starting 1920, I have been offering material assistance to exiled clergy and convicts staying at Alexandrovsky Central Prison, Irkutsk and Tomsk Prisons, and in the Naryn area. I was collecting the alms in churches and across the city, in cash and in-kind.

I sent the money by post and with people who travelled to these areas. I asked a man who was travelling to his exile in Naryn to deliver a package weighing approximately two pounds to Bishop Barsanuphius. I do not know the name or surname of the man. For Christmas, I sent another package for Bishop Barsanuphius, and the identity of the person who delivered it is also unknown to me.

I helped different members of the clergy at Alexandrovsky Central prison. I also helped Bishop Victor (Bogoyavlensky) at Irkutsk Prison, Priests Popov and Kopylov, Bishops Evfimiy (Lapin), Anthony (Bystrov), Ionnakuniy (Speransky), Agafangel (Preobrazhensky) and the imprisoned clergy and laity at various detention facilities in Tomsk Prison; I also assisted other prisoners without knowing the grounds for their imprisonment.

Her father died in 1920 when she was seventeen. She was left with her mother and went to work as a teacher at a children’s penitentiary.

A spate of arrests

She was arrested for the first time in Irkutsk in 1923 as she was delivering parcels for the prisoners. She was held for four months. In 1925, she was arrested a second time, for seven days. After her release, she was called before the head of the local police chapter, investigated and sent to exile to Zyryansky Kray for three years.

On 1 July 1926, she was delivered to Ust-Sysolsk. Only two weeks later, they sent her onwards. She had been transferred to the other end of the country to Kazakhstan. She did not arrive in Turkestan until December. Unexpectedly, the extraordinary trial panel of the police had ordered her release on 19 December, the feast day of Saint Nicholas. They had neglected to inform her of this decision, so she did not find out until 1927 that she was free to reside where she wished.

Tatyana went to Moscow and joined the parish of Saint Nicholas in Moscow’s Pyzhi area.

Her exile did not intimidate her, and in Moscow, she resumed her help for the prisoners with redoubled effort. She now knew many of the imprisoned archbishops and clergy in person. Some even gave her the nickname Philaret the Charitable.

The early 1930s saw a new wave of persecution against the Church. Tatyana Grimblit was arrested on 14 April 1931. On 30 April, the trial panel of the secret police sentenced her to three years in a concentration camp, which she served at Vishersky prison camp in Perm Oblast. While at the camp, she studied medicine and became a feldscher. 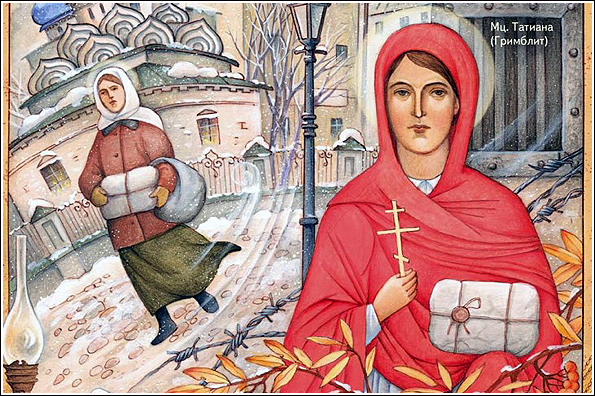 A lifestyle of poverty

In 1932, she was released. She was prohibited from residing in the USSR’s twenty largest cities for the remainder of her term. She lived in several provincial towns, working at the local hospitals as a feldscher and laboratory assistant.

In her interrogation records from the secret police, we find details about her treatment of the patients. At her last arrest, the investigator showed her a copy of a report on her conduct from a member of the public, which said:

“It has become known to me that Grimblit visited a hospital patient who was not in her care. After her visit, the patient told the doctor in the morning that he had been dreaming about monasteries, monks, monastic caves and other things of the same order. This fact gave me reason to suppose that Grimblit had discussed religion with that patient.

In 1937, she sat at the bed of a critically ill patient. When he died, he made the sign of the cross over him in plain view of the other patients and the medical staff. In her talks, she made the following comparison of the prison conditions under the Tsar and at present, “Under Soviet rule, one can come across at least as many reviling facts as before.”

Asked about the reasons for her lifestyle choice of poverty, Grimblit explained, “You are spending money on wine and cinema-going, while I am spending mine on assisting the prisoners and helping the Church.” She explained her reasons for wearing a cross as follows, “I will give up my life for this cross; no-one can remove it while I am alive, and if they tried, they would have to take it with my head. It is on me forever.”

“Grimblit used her work position to raise religious sentiment among hospital patients. While on duty, she dispensed medicines saying, ‘God be with you’ and making the sign of the cross over each patient. She put crosses on the infirm. –

Working at the hospital, she spent significantly more time with the patients than she was expected in her line of duty. She spent all of her means and the donations from other believers on assistance to the imprisoned clergy and laity. She maintained an active correspondence with all of the recipients, reassuring them with their words and action. Bishop John (Pashin) wrote to her from the prison camp, “My dear Tatyana Nikolaevna, I have received your letter, and I do not know how to thank you for it. It is filled with so much warmth and love and brought me so much reassurance that I felt as if I was the happiest man in the world on the day when I received it. I read it three times in a row and then read it aloud to Father Nicholas and Father Sergius, my spiritual teacher.

The last case against Tatiana ended in a death sentence. The Holy Martyr was shot at the Butovo shooting range near Moscow on 23 September 1937 and buried in a mass grave.

She had been writing poetry ever since she was a child. She wrote by hand, in a notebook. Here is an extract from one of her works,

“Sorrows will pass, and they will embolden
Our souls, hardened by our torment;
So they forever be beholden
To God, His service every moment.” 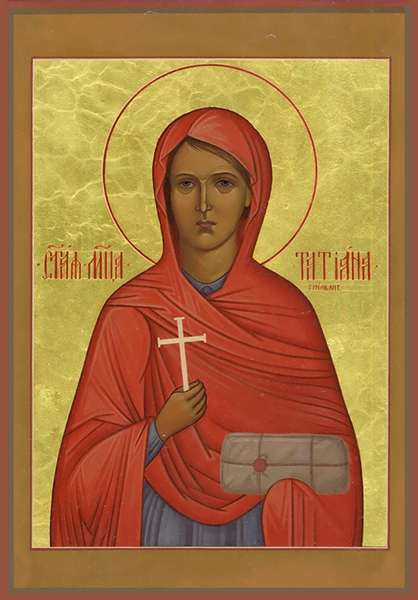 On 17 July 2002, Tatyana Grimblit was glorified as a new martyr by the decision of the Holy Synod of the Russian Orthodox Church. She is commemorated on 23 September.

________________
Philaret the Merciful is a Byzantine saint and official who lost his estate and gave away its remainder to the poor.

Prepared by Anastasia Parkhomchik
Translated by The Catalogue of Good Deeds
Source: https://pravoslavie.ru/106608.html 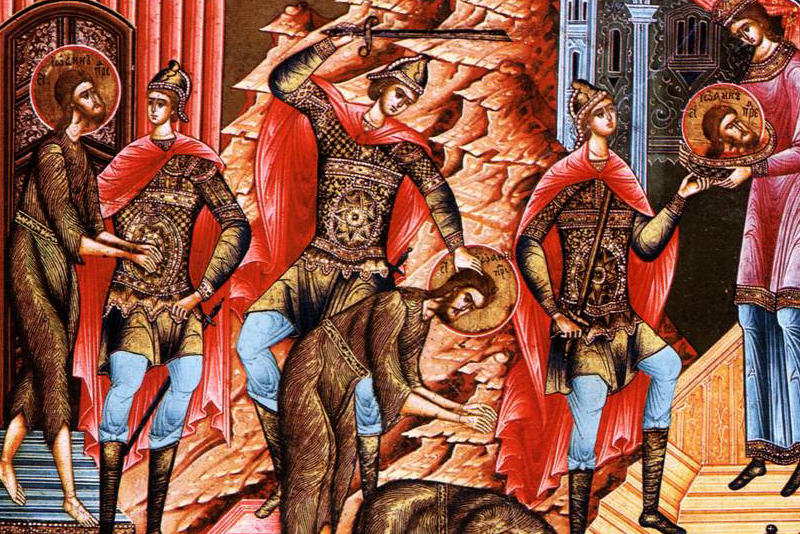 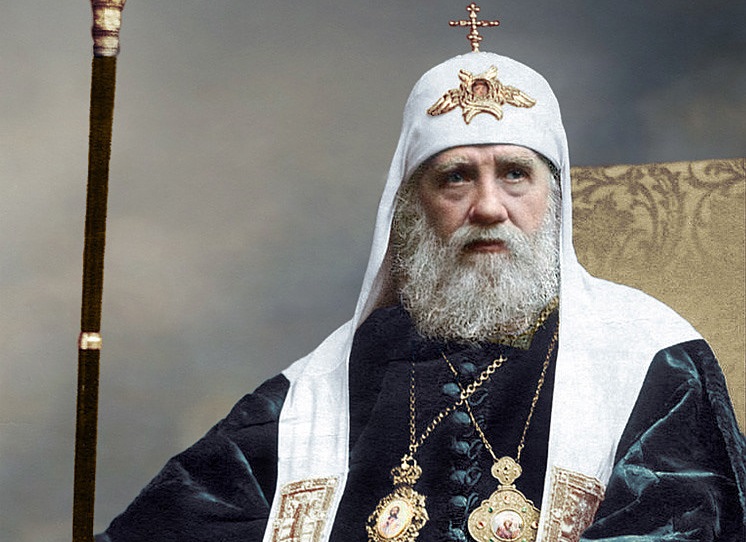