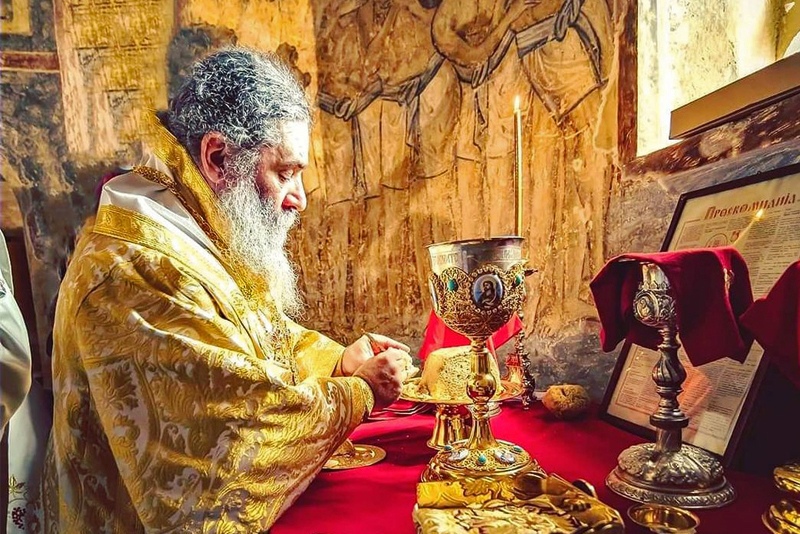 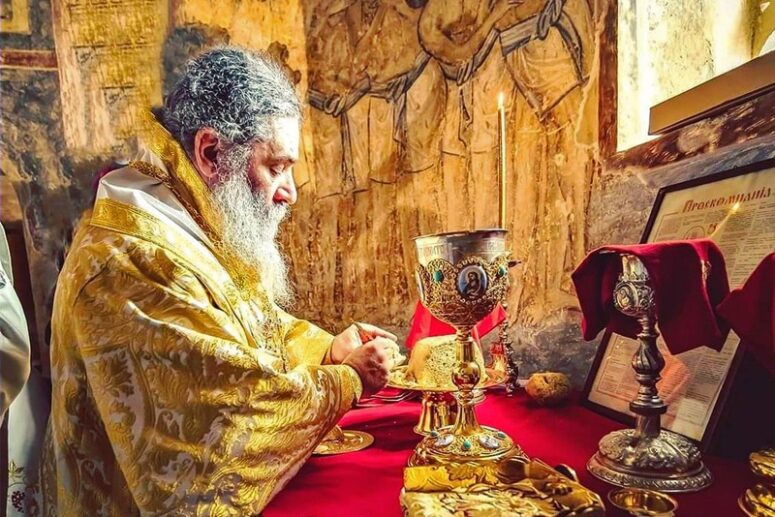 The goal of this article is to attempt tracing some differences in celebrating the Liturgy between churches of the Greek and Russian traditions. Despite being parts of the one church, serving according to the Byzantine rite, local churches may differ significantly in some aspects of the liturgical practice. Sometimes these differences are very minor, at other times they give rise to theological discussions going far beyond the mere discussion of liturgical customs.

One of the most significant differences in serving the Liturgy by the Greek and Russian churches is the rite of proskomedia. Because this preparatory part of the Liturgy is hidden from the eyes of the laity, many people do not realize the difference between the practice of the Russian Church and the rest of the Orthodox East. We have a separate article dedicated to the details of using prosphora in the service, so we will confine ourselves to simply mentioning the fact that Russian parishes use 5 (Old Believers even 7) prosphora, while Greek Churches mostly use only one prosphora with 5 seals, from which the appropriate particles are cut when commemorating members of the church.

Another significant detail in the rite of proskomedia is the ancient Greek tradition of commemorating angels, which is also covered in a separate article. In doing so (extracting a particle to commemorate angels), Greek Christians emphasize the cosmic nature and the all-encompassing significance of the Incarnation for all creation, of which the angelic world is undoubtedly a part. The Russian tradition concentrates more on the connection between the proskomedia commemoration and the atoning sacrifice of Christ, which was brought for the descendants of the old Adam. Angels do not need redemption, and are therefore excluded from the Russian proskomedia.

The differences in the practice of the two churches can also be observed during the liturgy of the catechumens. The first thing that catches the eye is the celebration of the Greek Eucharist with the holy gates open virtually throughout the entire service (they are closed only for the time of communion of the clergy and the fragmentation of the Gifts). This practice has a number of advantages. In the words of St John Chrysostom, Liturgy is the Sacrament of Pascha and the presence of the Risen Christ. From this point of view, keeping the royal gates open is entirely appropriate as it symbolizes union with God and the New Testament aspect of worship. Additionally, the open Gates allow the faithful to contemplate the beauty of the altar and receive spiritual benefit from this, at the same time preventing the clerics, remembering that the views of the faithful are turned in their direction, from being distracted by extraneous things.

The absence of the Typical psalms  (psalms 102(3) “Bless the Lord, O My Soul” and 145(6) “Praise the Lord, O My Soul”) and the Beatitudes in the Greek Liturgy may significantly shorten the service, in case of pastoral need. This is done however at the price of losing the rare beauty of psalmodic singing, and decreasing the instructive significance of the Liturgy of the catechumens, meant to have a catechetical character. The decision to abolish the Typical psalms and beatitudes was made during the Constantinople liturgical reform of 1838, which created ecclesiastical rules for parishes. The Greeks replaced these psalms with the antiphons “Save us, Son of God” and “Through the intercessions of the Theotokos”. The same reform abolished the litany and the prayer for the catechumens. On the one hand, such a measure makes sense in view of the long-non-existent institution of the catechumens, but on the other hand it cancels the missionary imperative of the catechumens’ Liturgy.

Protopresbyter Alexander Schmemann voices some arguments against omitting the litany and the prayer for the catechumens (see Eucharist, Sacrament of the Kingdom). He believed that this element in the Liturgy does not allow the collective consciousness of the church to once and for all forget about the ancient norm of having a catechumenate and the need of missionary work with the unbelievers. Regardless of the reform, many priests still read the prayer for the catechumens silently, and it is fully preserved in the Athonite tradition.

In the Greek tradition, Christians can sit during the Liturgy on benches or in designated stalls. In Russian churches Liturgy is considered too important a service to sit down. It would never occur to anyone to do this without a good reason, even during the reading of the Apostle. The Greeks stand up during important parts of the service including the singing of the Cherubic Hymn, when many Russians kneel. It is also common to make a full earth-low bow at the Great Entrance, but it should be remembered that this custom developed in Russia among those who believed that the Gifts had already been consecrated at that point (this doctrine was condemned in Moscow in the 17th century). There is a common belief in Russian churches that the Cherubic hymn is the main chant and the prayer center of the entire Liturgy. Such an obvious misunderstanding of its role is popular among parishioners who are not very familiar with the service and its structure. It is largely related to the sad fact of the true pinnacle of the Liturgy being inaccessible to the faithful. Unfortunately, the Eucharistic prayer reaches our ears only in short fragments (“It is truly meet”, “…Singing the triumphant hymn…”, “Take! Eat!.., Drink…”,“ Thine own of Thine own…”).

A commemoration of the hierarchy from the Patriarch and Metropolitan to all benefactors, including the ruling bishop and mentioning all titles is common in the Russian Church, while the Greeks confine themselves to the prayer  for “All of you and all Orthodox Christians”.

In this article, we have described only a few of the main differences found in the first part of the Liturgy. Knowing these features is useful for pilgrims visiting fellow Greek Orthodox Christians, as well as for all who are beginning to study Orthodox worship. In the next article, we will describe the differences in the Liturgy of the Faithful. 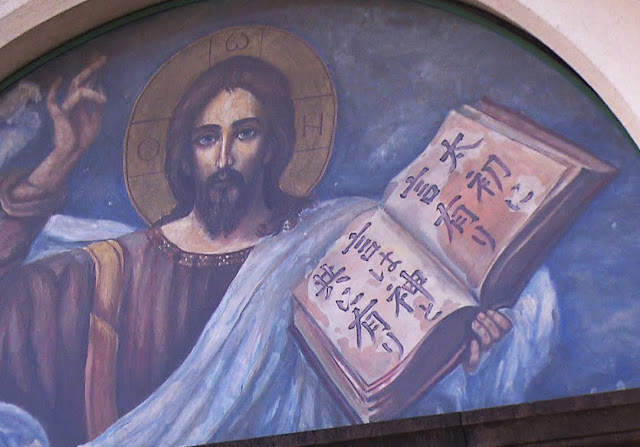 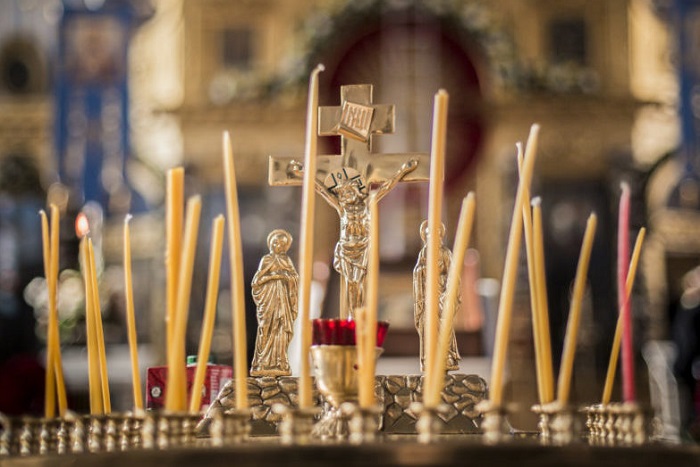