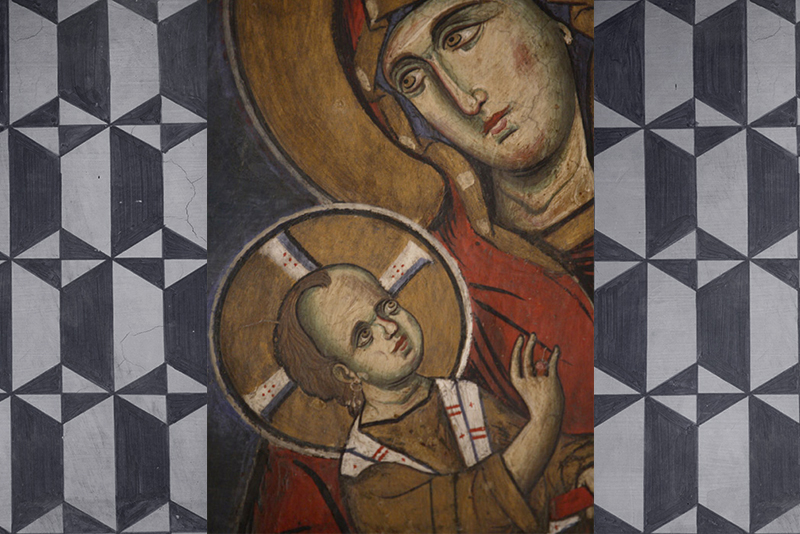 An icon is, first of all, a holy image before which we stand in prayer. It is also a visibly expressed life experience of saints. On top of that it’s a work of art that conveys to us our ancestors’ idea of beauty. Besides everything else, an icon is an important historical source that tells us about forgotten traditions. For example, what does the earring in the ear of the Christ Child mean?

An earring is men’s jewellery

Surprising and often unexpected details of some icons convey to us evidence of traditions that have gone into the distant past. One of them is the magnificent Greek image of the holy Martyr James (Intercisus) of Persia (late 12th – early 13th century) with one detail that stands out. St James is depicted on it wearing an earring in the form of a ring with a small pendant. Such an ornament in the East has long been a man’s accessory and could indicate a high social status.

With a few exceptions, such as one of the frescoes at St. Sophia Cathedral in Kiev (XI century) depicting an unknown saint with two earrings (presumably St. George), the Russian church had no tradition of depicting warriors with jewellery in their ears. But their existence in the princely environment as a male accessory emphasizing high origin can be traced back by written sources. The Byzantine writer Leo the Deacon (end of the 10th century) in his essay titled History describes the appearance of Prince Svyatoslav Igorevich, the son of Princess Olga: “…He looked gloomy and stern. He had a gold earring in one ear; it was adorned with a carbuncle (red stone) framed by two pearls.” It is not known when the wide tradition of men wearing earrings was interrupted and forgotten, but there is undeniable evidence of its existence in the XIV century. Let’s turn to the Spiritual Charter of the Grand Duke Ivan Ivanovich (son of Ivan I of Moscow), a kind of a testament drawn up around 1358. Among the items that the prince leaves to his sons, Dmitry (the future hero of the Kulikovo battle) and Ivan, we see not only icons, cavalry swords and belts, but also earrings, again decorated with pearls. “And I gave this to my son, Prince Dmitry: the icon of St. Oleksandr, a large chain of gold with a gold cross… a shoulder mantle, a great gold belt with stones and pearls that my father, the prince, blessed me with… a sabre of gold and an earring of gold with a pearl”. (Quoted from the publication: Spiritual and contractual letters of the great and appanage princes of the XIV-XVI centuries. Prepared for publication by L.V. Cherepnin. M.-L . Publishing house of the USSR Academy of Sciences, 1950.)

There is an assumption that for a long time the earring in a man’s ear has meant that he is the only son of his parents. Differences in wearing earrings depending on the warrior’s marital status existed in Russia among the Cossack environment. Most likely, this tradition has ancient roots. Perhaps, the round earring with three pendants in the right ear of the Infant Christ held in the arms of the Mother of God on a Greek fresco from 1192 located in the temple of Panagia tou Araka (Cyprus) symbolizes precisely that Jesus is the Only Begotten, the Only Son of God.

Translated by The Catalogue of Good Deeds
Source: http://www.nsad.ru/articles/detali-ikon-kak-ponimat-sergu 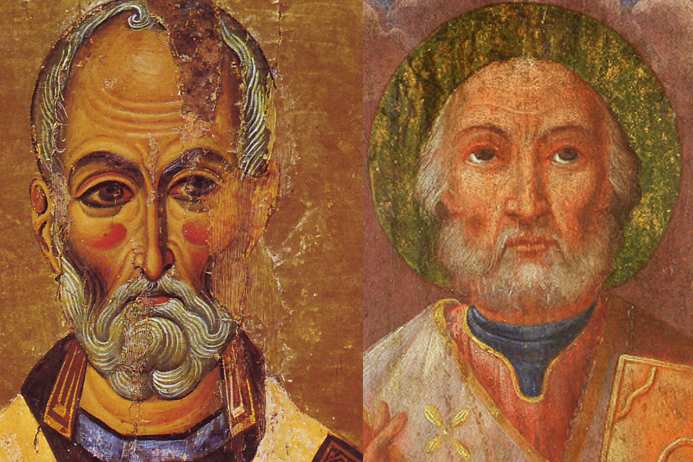 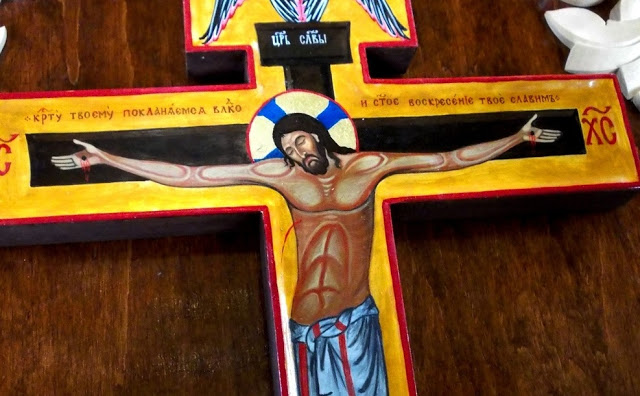 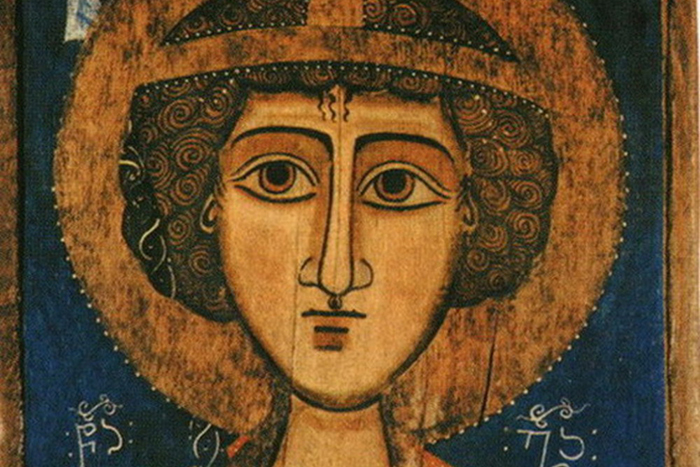