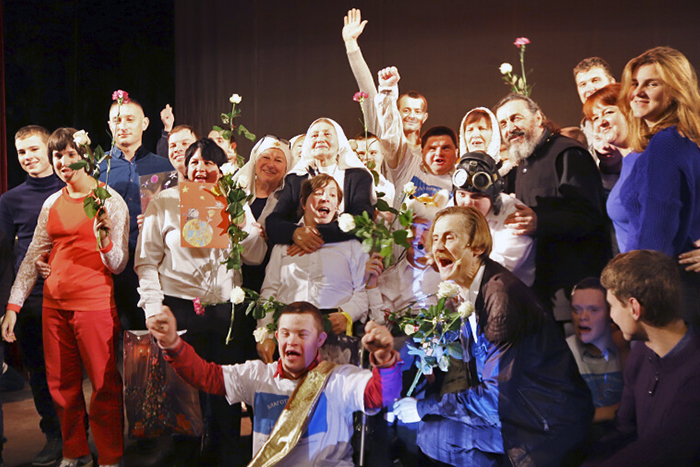 I’ve known these guys for at least 15 years. When they told me about the boarding home for children with special needs and I started visiting it, they were there.

I think they were about 13-14 years old at that time, and they were not in the center of my circle of communication: I spent more time with the guys who then started to play in our performances. After all, the children with Down’s Syndrome who are not brought up in a family environment often do not have good speech skills, which was also the case with our Edik and Sasha. That is why we mainly focused on the kids we could expect some acting result from: those who were able to memorize and say their parts, play in minor scenes, and express emotions. Then one day, when we were doing the production of The Emerald City, the girl who played Dorothy got sick and we let Edik, who was always “hanging” nearby (because of his curiosity and hyperactivity) for a while to rehearse instead. How surprised we were when we saw that he was a brilliant, expressive and charming actor! He couldn’t speak Russian clearly, but in his “gibberish” language he expressed himself in such a way that it was much clearer, more fun and better than that of a hundred readers with trained articulation. Well, when one day he had to address his favorite dog as a character, Edik clearly (and gently…) said “TOTO” without a stutter, and we fell off our chairs! This is the power of art! Then Edik became the “star” of our theater, the gem of The Little Prince show! His inner freedom as an actor and a person and his cheerfulness allows him to easily engage and improvise in any stage conditions, and it “infects” the audience! Currently, The Little Prince is left without him! Edik has a heart defect and hasn’t been able to act with us for years. 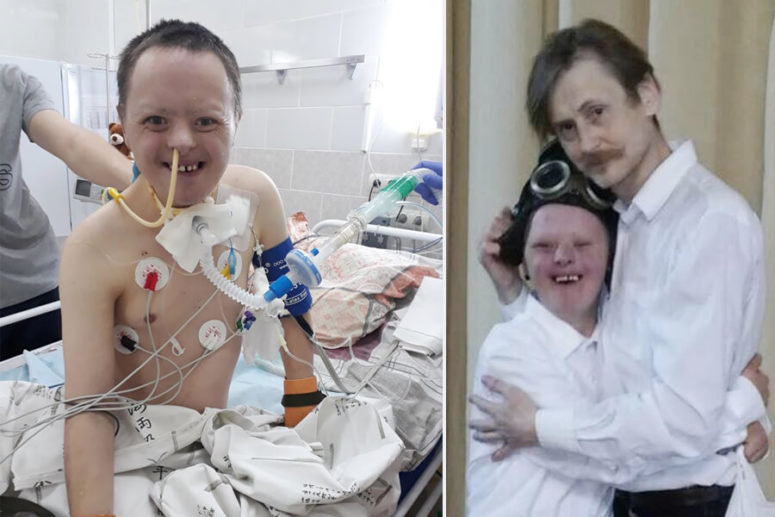 Sasha Baturo and Edik, like many of the guys living in our orphanages, are connected with each other by some strong bonds that are much stronger than ours, even as we consider ourselves to be fully developed personalities. When trouble recently struck Edik – he was in a coma for a long time, and frankly speaking, he had little to hope for – oh, if only you could see the sincere love and anxiety with which they were interested in his condition, how they rushed to the hospital and how happy they were when their Edik “returned home”. 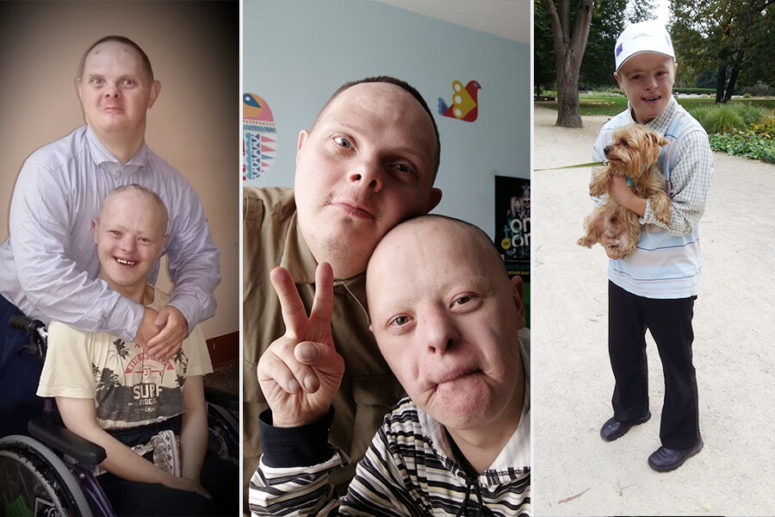 Home?! I don’t know if there is such a thing in these people’s lives. I can say for sure that they have a great emotional thirst for love and attention and a desire to find their own place in this world, and it is evident. Take, for instance, Edik’s requests to take him with me, if not home, then at least for a performance, if not for a performance, then at least for a walk. Because of his illness, his space is dwindling and shrinking… Baturka is more fortunate – sometimes his sister takes him for the weekend and it’s a HOLIDAY!!! 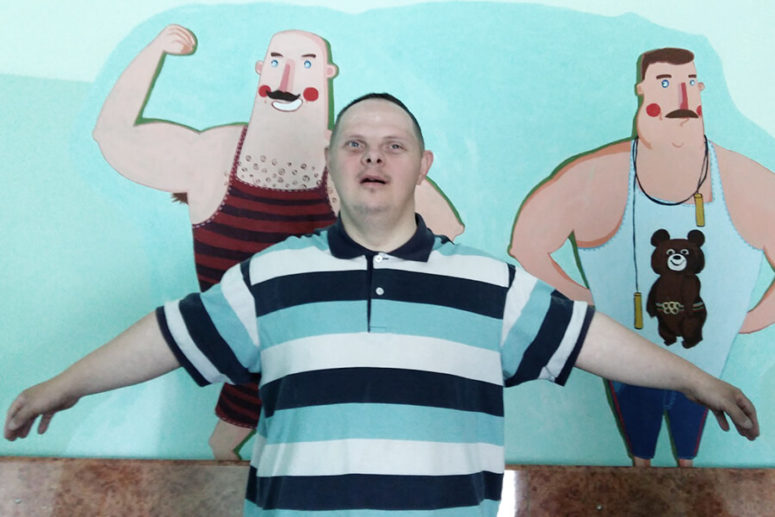 Edik and Baturka are very different, starting from appearance, although all guys with Down’s Syndrome probably seem to strangers exactly the same like the Chinese, but this is far from the truth! Edik is like a spinning top; he is full of thousands of ideas and wishes, capable of experiencing a whole range of directly opposite feelings in a mere minute, and he himself is small, agile, and easygoing (in spite of his severe heart defect, which makes any physical effort problematic). Sasha Baturo is the complete opposite of him. He’s a rock! Not only externally, but sometimes internally, when he “turns on” his childish obstinacy, it is impossible to sway him! It is impossible not to love him! He had been outside our theatrical “community” for a long time for an elementary reason – his all-consuming laziness. The center of gravity of his rounded body is somewhere very low and does not allow him to pull himself away from his favorite horizontal position without a lot of effort. When he did appear in our performance, however, we realized what a precious sapphire we had at our disposal. At first he was inert and cautious, but when he felt that the audience reacts to him, he now turns on his “supernatural” charm at the right time, like an experienced actor, and invariably gets a lavish portion of applause in return. When not in the theater, he serves as a director in his department of the boarding home. This position was entrusted to him by the children unanimously. Sasha carries it out responsibly and with authority: all the “excess material values” of these guys, namely, wrappers, some magazines, and most importantly, food supplies, are stored and distributed under the vigilant and fair guidance of “the director”! 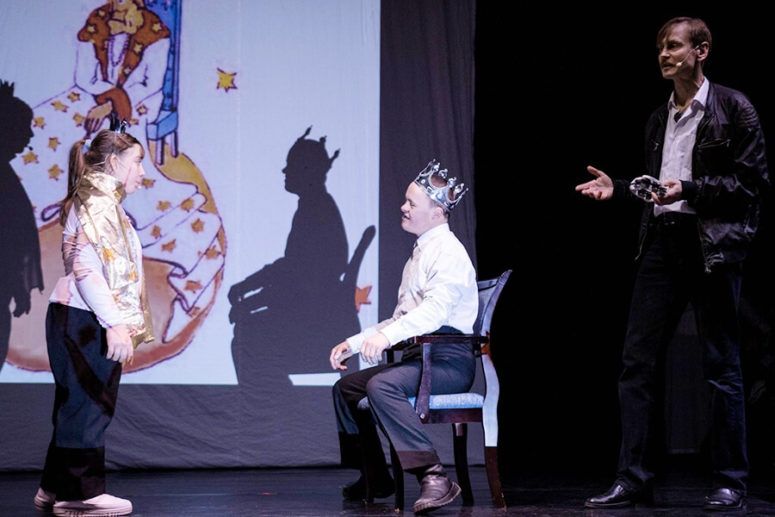 At the same time, these people are completely selfless; they can share or give away their favorite things, of which they already have almost none. They are real! While living a meager life without any fun at all, they manage to maintain a joyful and bright perception of the world!

I’d like to wrap it up with a story about Edik. It impressed me and made me think of something very important. Once we were told that Edik had had a stroke and that he was dying. They told us in detail how it had happened, and said that he had been saved by a miracle. A few hours later, my phone rang. It was him, Edik… With a voice full of life and happiness, he was talking about The Little Prince, about things he loves… well, does it really matter what exactly he was talking about!? He said he was alive, that we were all alive! You see, he didn’t recall what he had gone through a few hours earlier, when he could have died; he enjoyed these seconds and minutes, when he felt fine, when he could rejoice and leave everything to the will of God!… All of a sudden, it appeared to me that I understood the secret of Happiness… 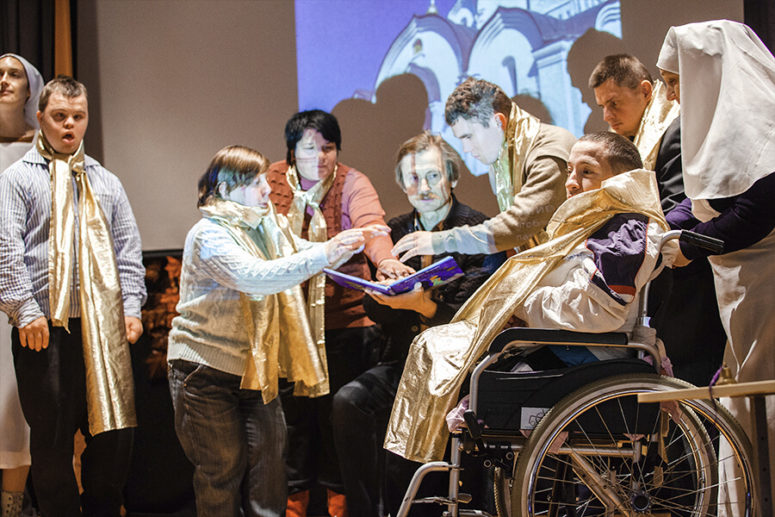 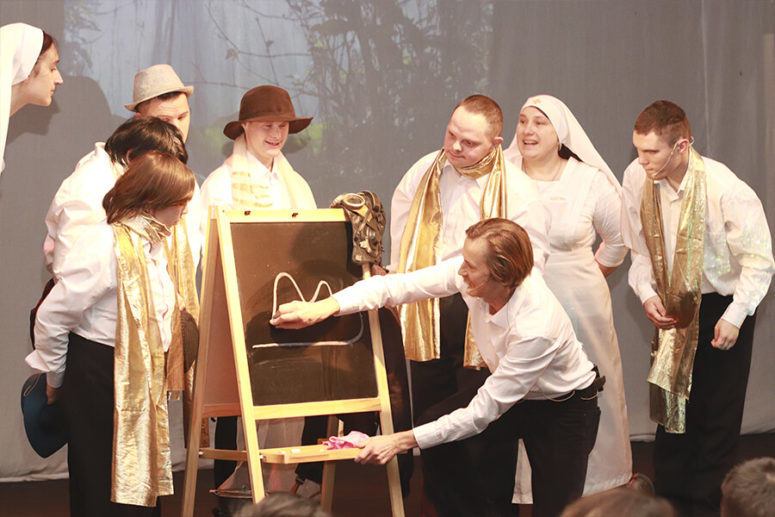 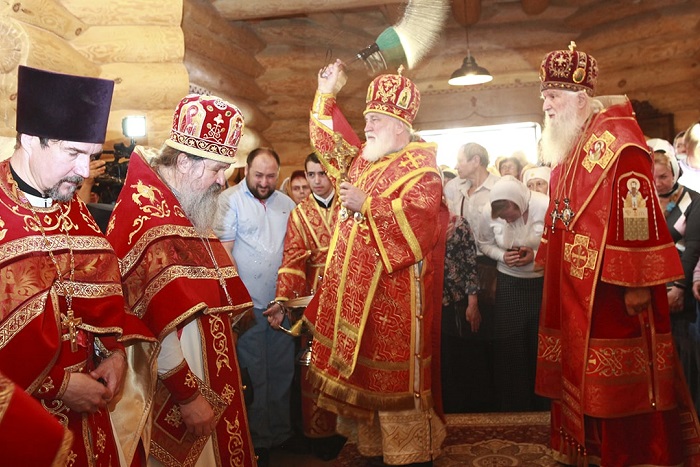 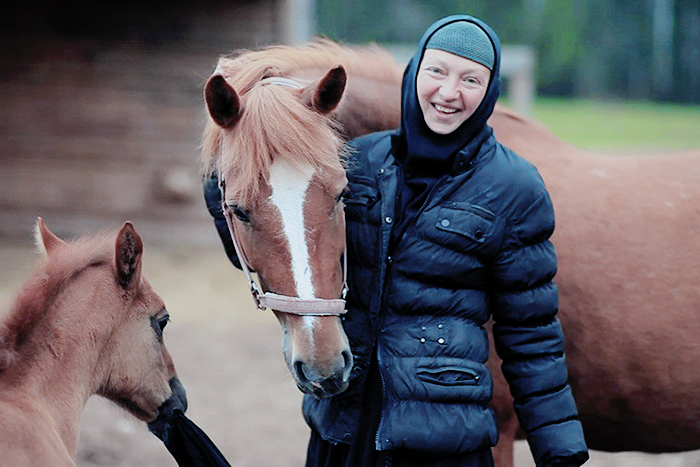 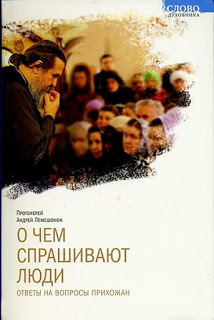