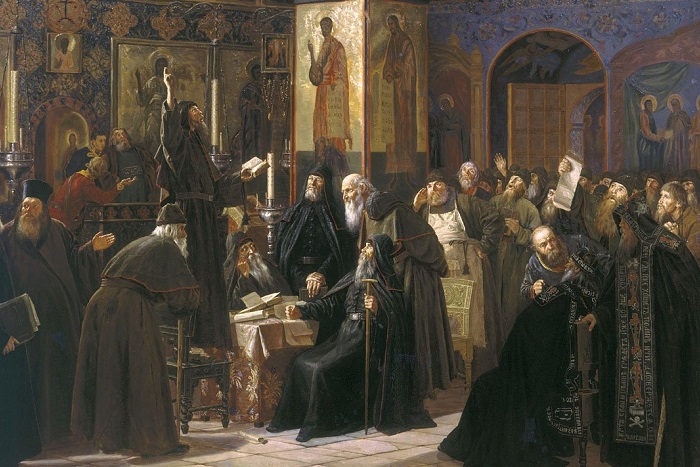 Apostle Paul: Now I beseech you, brethren, mark them which cause divisions and offences contrary to the doctrine which ye have learned; and avoid them. For they that are such serve not our Lord Jesus Christ, but their own belly; and by good words and fair speeches deceive the hearts of the simple. (Romans 16:17-18)

Hieromartyr Ignatius the God-Bearer: Do not err, my brethren. If any man follows him that makes a schism in the Church, he shall not inherit the kingdom of God. (Epistle to the Philadelphians)

St. Irenaeus of Lyons: He shall also judge those who give rise to schisms, who are destitute of the love of God, and who look to their own special advantage rather than to the unity of the Church; and who for trifling reasons, or any kind of reason which occurs to them, cut in pieces and divide the great and glorious body of Christ, and so far as in them lies, [positively] destroy it — men who prate of peace while they give rise to war.

If they don’t preserve unity and communion with the Church, no reformation of so great importance can be effected by them, as will compensate for the mischief arising from their schism. Their sin shall not be washed away even by blood. The indelible fault of separation is not cleansed even by suffering. Those who are outside of the Church cannot be martyrs. Those who leave the Church that is destined to reign cannot reign.

True knowledge is [that which consists in] the doctrine of the apostles, and the ancient constitution of the Church throughout all the world, and the distinctive manifestation of the body of Christ according to the successions of the bishops, by which they have handed down that Church which exists in every place, and has come even unto us. Those who stay away from the original succession and gather elsewhere must be under scrutiny, either as heretics and false teachers or as schismatics, proud and self-serving, or as hypocrites who do so for their own profit and vainglory. All of those have seceded from the truth. (Five Books Against Heresies)

Hieromartyr Cyprian of Carthage: For these things to please themselves, and with swelling pride despise their Bishop are the beginnings of heretics, and the rise and essays of evil-minded schismatics. Thus is the Church deserted, thus a profane altar set up without, thus also rebellion against the peace of Christ, and the ordinance and unity of God. (Epistle to Rogatianus)

St. Dionysius of Alexandria: If you were carried on against your will, as you say, you will show that such has been the case by your voluntary retirement. For it would have been but dutiful to have suffered any kind of ill, so as to avoid rending the Church of God. And a martyrdom borne for the sake of preventing a division of the Church, would not have been more inglorious than one endured for refusing to worship idols; nay, in my opinion at least, the former would have been a nobler thing than the latter. For in the one case a person gives such a testimony simply for his own individual soul, whereas in the other case he is a witness for the whole Church. And now, if you can persuade or constrain the brethren to come to be of one mind again, your uprightness will be superior to your error; and the latter will not be charged against you, while the former will be commended in you. But if you cannot prevail so far with your recusant brethren, see to it that you save your own soul. (Epistle 2, To Novatus)

St. Augustine of Hippo: We believe also in The Holy Church, [intending thereby] assuredly the Catholic. For both heretics and schismatics style their congregations churches. But heretics, in holding false opinions regarding God, do injury to the faith itself; while schismatics, on the other hand, in wicked separations break off from brotherly charity, although they may believe just what we believe. Wherefore neither do the heretics belong to the Church catholic, which loves God; nor do the schismatics form a part of the same. (Of Faith and the Creed)

Whosoever is not a member of Christ, he cannot be saved. One can have honors, one can have sacraments, one can sing halleluiah, one can respond Amen, one can hold the Gospel, one can believe in the Name of the Father and the Son and the Holy Spirit and preach it; but no one can find salvation except for the Orthodox Catholic Church. (Sermon to the People of the Church at Caesarea)

St. John Chrysostom: Causing divisions in the Church is no lesser evil than falling into heresies… the sin of schism isn’t washed away even by blood of martyrdom. (Exegesis of the Epistle to Ephesians)

St. Ignatius (Bryanchaninov): A mortal sin that an Orthodox Christian hasn’t healed with proper repentance subjects the sinner to eternal torture… Mortal sins for a Christian are heresy, schism, blasphemy, apostasy… each of these sins mortifies one’s soul and makes it unfit for eternal bliss until it purifies itself with repentance. (On Death)

St. Theophan the Recluse: The schism is based on extreme ignorance. (Letters on Prayer and Spiritual Living)

Hieromartyr Hilarion (Troitsky): The Church is One, and She is the only place where one can receive the complete and unabridged plenteousness of the gifts of the Holy Spirit. Regardless of the person and the way that person secedes from the Church into a heresy or a schism or a self-proclaimed group, he forfeits the participation in God’s grace. (Letter to R. Gardiner)

We know and we’re convinced that secession from the Church into a schism or heresy or sectarianism constitutes complete disaster and spiritual death. There is no Christianity outside of the Church for us. If Christ founded the Church, and the Church is his Body, then separation from his Body means death. (On Life in the Church) 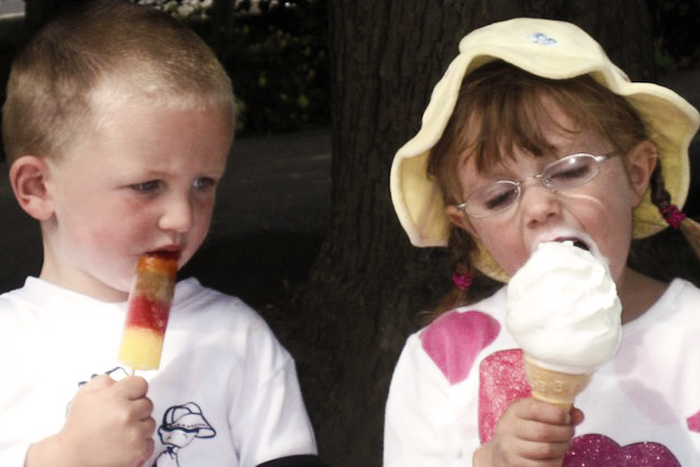 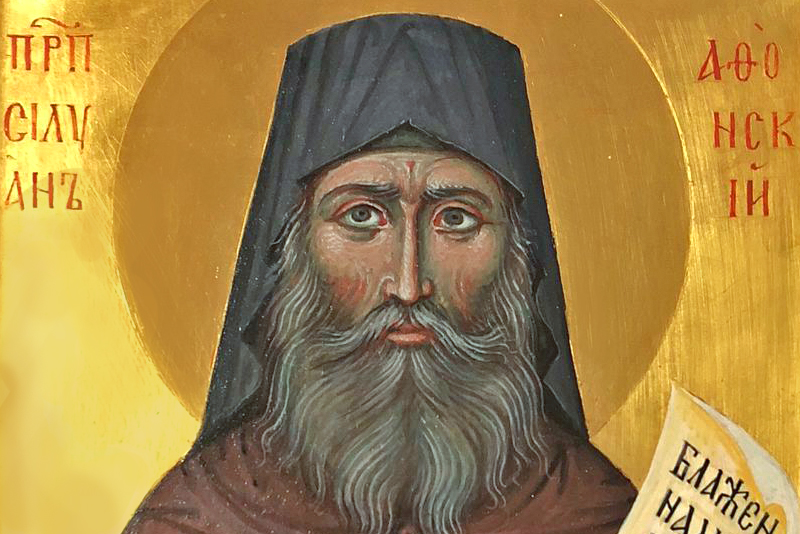 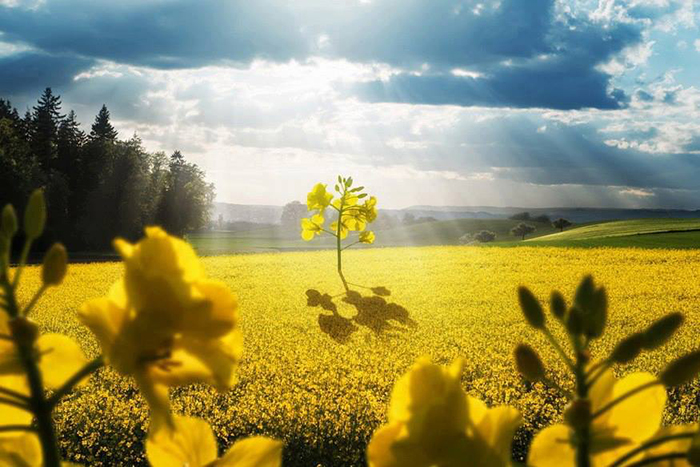