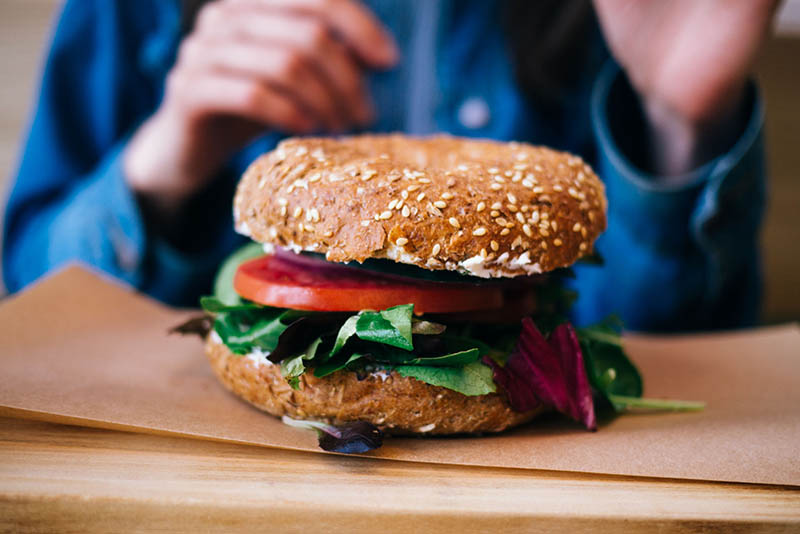 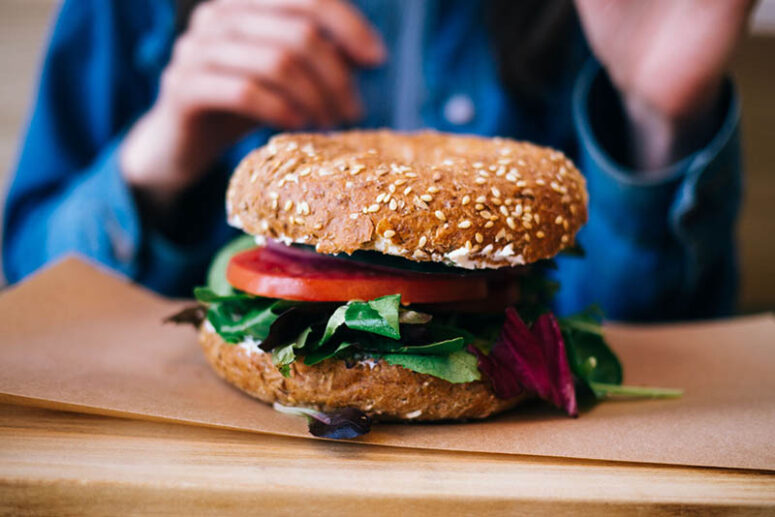 On November 28, we entered the Nativity Fast.

Although it is somewhat less strict and less intense than Great Lent, its duration is the same. I would like to say a few words about these and other properties of the Nativity Fast, as well as its long history.

The Nativity Fast is first mentioned by the Church Fathers of the 5th-6th centuries. Initially, it was shorter and lasted one week (sometimes a little longer). Let us recall that for the first three centuries Christians celebrated the Nativity together with the Baptism of the Lord. The common feast commemorating the two events was called the Theophany (or Epiphany). It was preceded by several days of fasting.  In the 4th century, the Nativity and the Epiphany became two separate holidays, and the fasting period became associated with the Nativity of Christ. In the XII century (more precisely, in 1166) the Constantinople Council under Patriarch Luke Chrysoberges) prescribed for all Christians to observe the Nativity fast for forty days.

This information may be somewhat confusing, for example, in a sense that we are used to considering the Early Christians much more steadfast in faith than ourselves. The adoption of Christianity was inherently accompanied by considerable risks. Besides, the pagans coming to the early Church were much more sensitive to spiritual things than today’s sons and daughters of the secular world. If so, then why did they fast less? Could it be because they lacked zeal or did not understand the importance of fasting? I doubt that we can answer these questions with 100% accuracy. We are influenced by a great number of factors creating our paradigm of thinking. Disengaging from them is a difficult task. In other words, we are all products of our environment, and we are inevitably influenced by the ideals, attitudes, principles and ideologies of the present.

It seems to me that the spiritual life of the early Christians was essentially more alive than ours. To be objective, few of us can say that they are not “grounded” in the material world and sense its spiritual dimension. Metropolitan Anthony of Sourozh says that the hallmark of modern man is a sharp reaction to the world. He explains this reaction not as seeing a meaning of the world’s existence, perceiving its non-material side, or sensing its harmony. Our sharp reactions to the world today are reduced to private concerns about our personal future in the face of constant crises, wars, upheavals and other social, political and economic cataclysms.

I often see people concerned about the future material well-being of their children and grandchildren. Naturally, these concerns are strongly influenced by the regular and rapid changes that we see in the world today. Needless to day, we all desire a safe and predictable future. At the same time, I have heard of much fewer concerns regarding the spiritual state of someone’s children, or grandchildren, as long as they do not hold openly anti-Christian views.

These considerations seem to illustrate our “groundedness”, from which I also suffer myself. I can cite various examples, but the fact remains: we react sharply to the events of earthly history, while remaining rather neutral in relation to spiritual life. Looking at the current events, we see only their earthly dimension, forgetting about the universal goal of the world’s existence, which goes beyond the material limits. We forget that our world is constantly moving towards its end, and that God is the main protagonist of world history.

This is why fasting is so important for us “carnal” Christians.  We all love to eat, and today’s gastronomic diversity allows you to eat well and tasty. This makes fasting the first and most available means for getting rid of our “groundedness”. Fasting gives us an opportunity to fight against our own material nature, to oppose it and try to give (albeit for a short time) the reins of our life to the spirit, not the flesh. This is our chance to peel away the crust of insensitive matter and to split the shell of our heart, allowing God to seep into our being. Perhaps this is why God arranged it so that today, in the twenty-first century, we have an order of magnitude more fasting days per year than in early Christian times.

Seeing that we are gradually becoming ossified, and realizing that we need to be saved somehow, God gives us fasting as a “crowbar” and a “sledgehammer” to crush our material “armour”. The Lord gives us a simple and accessible tool that everyone can use, regardless of our “skill level”. Using subtle, complex “devices” in spiritual life, as well as talking about some “rarefied heights” (let alone dwelling in them) is the lot of the great souls of saints, which, ideally, we should eventually become. At the same time, while it is true that anyone can fast, it is also clear as day that building a spiritual life and raising a Christian within oneself is simply impossible without fasting, and self-restraint.

In early 15th century, when the six weeks of the winter fast came into general use, St. Symeon of Thessalonica wrote, “The forty days of the Nativity Fast signify the temperance of Moses, who, having fasted for forty days and forty nights, received the inscription of God’s words on stone tablets. Fasting for forty days, not only do we contemplate an inscribed word but also receive the living Word incarnate and born from the Virgin, and partake of His Divine flesh.”

The fact that fasting prepares us to meet with God is nothing new to us, but we forget that meeting with God is not only joy, but also judgement. Today it is still our own choice to prepare for this judgement. We still have time for it, and we should use it wisely. There will come a time when the existence of God will become an immutable, insurmountable reality for all people. Then everyone, regardless of their personal choices, will find themselves standing at the trial.

The ultimate goal of fasting is to cast off the yoke of material things. In doing so, we reassign the constituent parts of our human nature, where the flesh is to take a subordinate role, allowing the spirit to dominate. In this, we imitate Christ, and about this Metropolitan Anthony of Sourozh asks, “Do we have anything in common with the Son of God, who, through His sacrificial, crucifying love, puts Himself in our hands? Or will we have to stand before Him and say, ‘I have received Your gifts, but have not borne fruit.'”

Despite being a very basic spiritual practice, fasting is an opportunity for us to meet God by voluntarily coming to His judgement. It is also our chance to make this meeting not a duty, or a burden, but a joy and a celebration.

Translated by The Catalogue of Good Deeds
Source: https://pravlife.org/ru/content/rozhdestvenskiy-post-zachem-nam-postitsya-bolshe-chem-rannim-hristianam 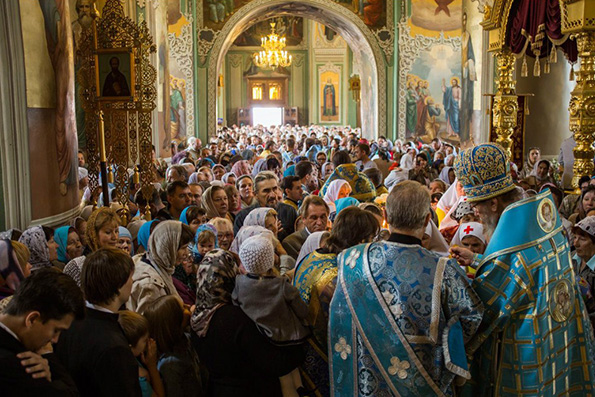 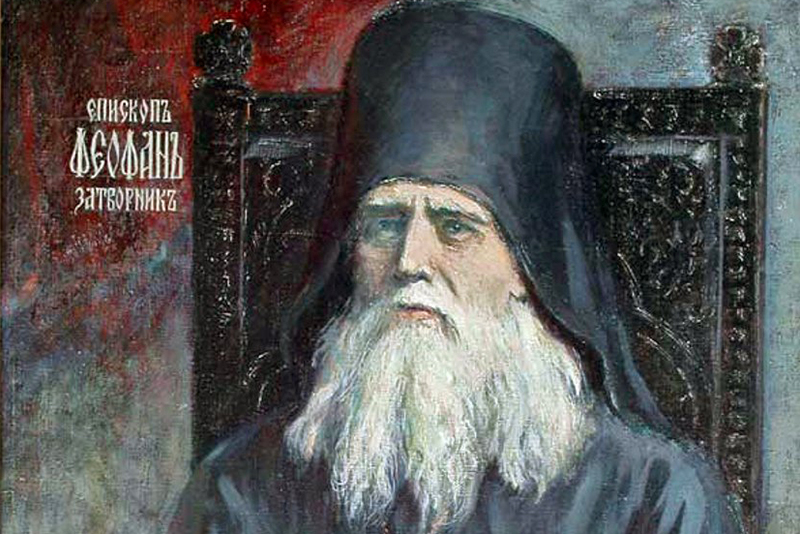 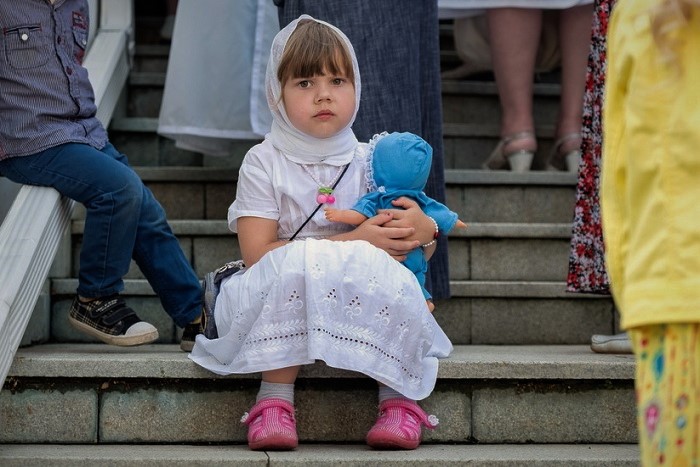