Archimandrite Pavel (Gruzdev) is one of the remarkable 20-century elders who embraced the act of professing their faith in the Gulag camps and were released filled with the gifts of the Holy Spirit.  Among them are the Archimandrite John (Krestiankin), Archpriest Nikolai Guryanov and Archimandrite Seraphim (Tyapochkin). All these saints have shared a similar path in life. Father Pavel’s recollections and the memories of his spiritual children are striking. They clearly testify to God always being present in a person’s life, even in the most difficult of times. Another message they convey is that saints are not born but made through accepting with patience and gratitude everything that the Lord sends.

Living in a Monastery since Childhood

Pavel Gruzdev was born on August 16, 1911 into a poor peasant family living near Mologa, a town in the Yaroslavl region of Russia. Father Pavel’s name in baptism was the same as in monasticism. The children in his family were brought up in piety and Orthodox faith. His father’s sisters joined the local St. Athanasius monastery. When Pavel’s father was taken to the war front during WW1, his mother sent the boy to collect alms. He came to his aunts hoping for their help. The sisters took pity on him and begged the Abbess to allow the boy to stay in the monastery. Pavel was helping graze cattle, learned to work and pray like a monk, and soon began to serve in the altar. By the age of 18, he was capable of doing any difficult task.

When Patriarch Tikhon visited the monastery, he blessed Pavel to wear a cassock, gave the youth a skufia and a belt, and instructed him to become a monk. The elder kept these gifts all his life.

In January 1930, the last liturgy was served in the monastery prior to its closure by the authorities. God brought Pavel to the Khutynsky Monastery near Novgorod, where he sang and read on the kliros, rang the bells and looked after the reliquary with the relics of St. Varlaam. There, with the blessing of the future Patriarch Alexy I, Pavel was tonsured a monk. Four years later, this monastery was also closed. When leaving, Fr. Pavel was only allowed to take an icon of St. Varlaam with him. He had a special relationship with this saint. Later he boldly prayed to him in prison camps: ”Venerable Father Varlaam! I have lived with your holiness for four years! I have always cleaned the shrine with your relics. Help me, Father Varlaam, and clean out my sins, wash me with your prayers to our Lord, Savior Jesus Christ!”

After leaving Novgorod, Pavel returned to his homeland and worked at the state breeding station. In 1938, he helped his father dismantle their hut and transport it down the river to Tutaev. There he continued to serve in the local church and was soon arrested by the authorities. Pavel was accused of “copying anti-Soviet poems for his group, keeping particles of relics and several hundred printed images of saints, which he was using to conduct anti-Soviet propaganda…” He was soon released for lack of sufficient evidence. In 1941, he was arrested again as a “socially dangerous element”. During the interrogations, Father Pavel was beaten and tortured with a bright light, after which he began to lose his sight. The investigator was trying to force him to deny the existence of God, but the suspect was adamant. His perseverance cost Father Pavel almost all of his teeth. 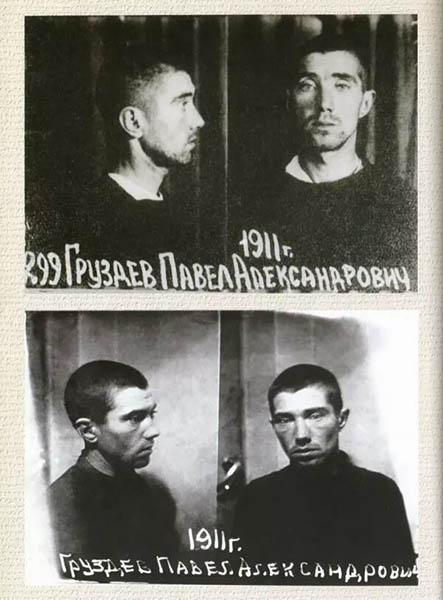 After the interrogations, monk Pavel was sent to a prison camp near Vyatka for six years. Working in the maintenance of a railway line, used to transport wood, he had a pass for free access to the forest. Giving an opportunity to gather berries, mushrooms and herbs, this pass saved Fr. Paul and others from starvation more than once. From a young age, he was well versed in medicinal herbs and used this knowledge to heal prisoners dying of exhaustion. For his diligence, kindness and love for all, the guards nicknamed Fr. Pavel “a holy roller”.

One harsh winter, prisoners left Fr. Pavel without his bread ration, and he went into the woods. Later he recalled, “All of a sudden I saw a clearing without any snow, not a single snowflake. It was all covered with porcini mushrooms growing in rows. I made myself a fire, strung the mushrooms on a raw stick, fried some and ate until I was full.”

After another amazing incident, Father Pavel learned to walk barefoot in severe frost. Once he was sawing firewood with other prisoners. During a smoke break, the monk would run off to the side and pray. He was noticed praying and punished. They took off his boots and tied him to a tree knee-deep in the snow. Fr. Pavel stood there until the snow under his feet melted to the ground and did not even catch a cold. “Since then, my feet have never been cold. I could walk barefoot all the time, but I don’t want to embarrass people,” he later said.

Despite the harsh conditions of prison life, monk Pavel wrote consoling letters home. Among other things, he said, “…We must taste the bitter before we can appreciate the sweet. Although I have not seen any real bitterness so far.”

Once he saved the life of a German prisoner, who hanged himself after a train ran over two horses during his shift. Father Pavel pulled him out of the noose, prayed to God and brought him back to life. Later he also interceded for that prisoner before the authorities, saving him from execution.

Once Father Pavel gave all of his bread to a starving pious girl from Western Ukraine. He stuck his ration under her arm and ran into the forest so that she would not think that he was trying to buy her “compliance”, which often happened in prison camps.  Later he recalled this with great joy:

“Now the Lord will say:

“You did when you fed that Banderite girl.”“

Perhaps the most incredible of the elder’s memories were about the “camp diocese”, consisting of two bishops, several archimandrites, abbots, hieromonks and ordinary monks, gathering in a forest clearing and celebrating the Liturgy. After the last service, the stump serving as an altar table was struck by lightning, and a funnel with clean water appeared in its place.

In 1947, Fr. Pavel was released and returned to Tutaev. However, in 1949 he was again imprisoned and sent into exile in Kazakhstan. The Elder received his final release only in 1954.

After being released from the camps, Father Pavel returned to his native places and settled near the Vvedensky (Presentation) Tolga Monastery in the Yaroslavl diocese. In those years, there were very few good readers, singers, or people well familiar with church services. For three years, the local bishop prepared paperwork and instructed Father Pavel to ordain him a priest. According to the Elder’s memories, when this finally happened in March 1958, the whole congregation wept: “A poor man and a prisoner was being ordained! I myself could not hold back the tears and also cried…” Three years later, Father Pavel accepted the great schema and became a hieromonk. 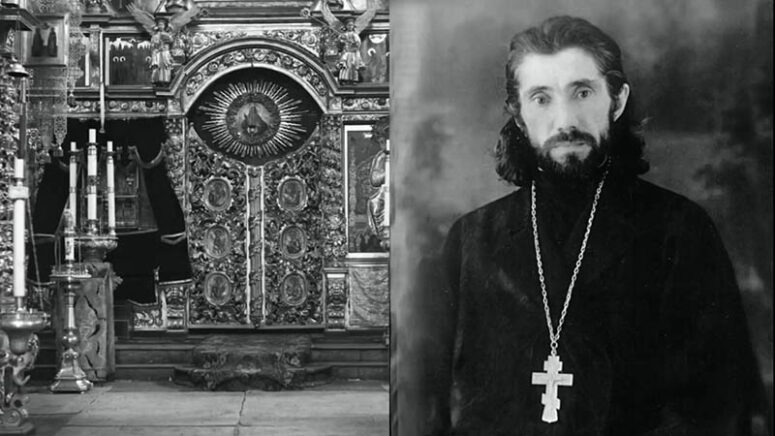 He served as a priest in the Yaroslavl region for 40 years. His sight was gradually deteriorating over the years until he eventually became completely blind, but until the last day of his service, Fr. Pavel had neither a deacon nor any other assistant. Losing his physical sight, the Elder could see more and more sharply with spiritual eyes. His prayers during Divine services produced an amazing effect, inspiring everyone present. Former parishioners recall Father Pavel addressing the Lord in simple words, as a child speaking to the Father.

Father Pavel did not burden people with high theological precepts; he taught the faith and love of Christ by simple parables, life stories, and his own example. Receiving hundreds of visitors and gifts, he never thought of himself, distributing everything among the needy and spending it on hospitality.

The only thing Father Pavel collected in his cell was books. Although his education was limited to two classes of a parochial school, he was extremely well read and made great conversations, amazing his opponents with sharpness of mind and wisdom. At the same time, the Elder always spoke of himself as an unworthy, poor and uneducated priest.

Archpriest Vladimir Vorobiev, the Elder’s spiritual child, recalled the simplicity with which he interacted with his visitors, “whether a simple layman or a high priestly rank”. This had a remarkable “sobering” effect on people. From the first minutes with Father Pavel, his visitor felt like a simple soul before God and at the same time like the Elder’s dearest friend.

He also possessed an amazing gift of Clairvoyance and healed grieving souls through simple conversations. His spiritual children remember the extraordinary feeling of relief that they experienced after speaking with Fr. Pavel while the Elder’s shirt became soaked with sweat after each confession. The Elder healed both the souls and the flesh. Once he cured a woman’s paralysed hand by simply holding it in his palms and then returned sight to her daughter.  The elder fed the mother and the daughter well and when after a short conversation they left the cell, they realized that they were healed. He knew how to treat the most complex skin diseases using his special ointment and praying to the Mother of God. 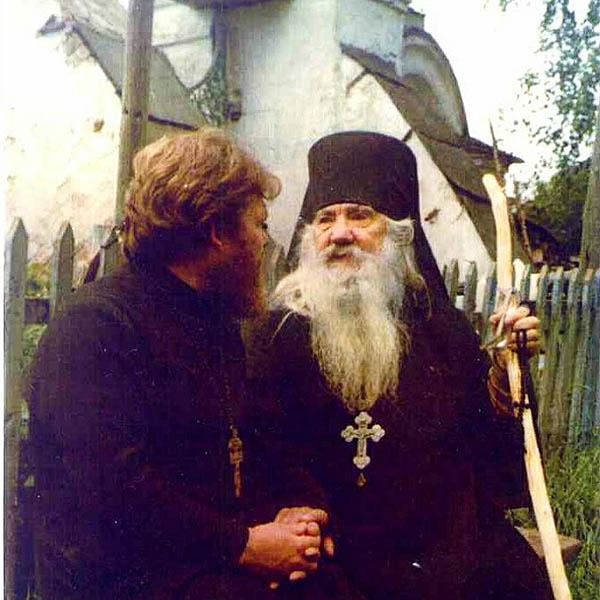 Many incidents illustrate the Elder’s foresight. Once he refused to give his blessing to a man wishing to be ordained. The elder then said, “If he is consecrated, the fate of Judas awaits him.” Once, meeting an unbaptized man in a rural bathhouse, Father Pavel decided to baptize him right on the spot. On the following day, the man suddenly died.

A spiritual child once asked Father Pavel, “Father, the Lord helps you in everything, revealing deep truths… Is this because you have endured so much suffering in your life?” The Elder replied, “I have nothing to do with this; I owe it to the prison.” He often thanked God for the prison years because they taught him many lessons, developing in him qualities of a true Christian.

Archimandrite Pavel reposed on the leave-taking of the Nativity of Christ on January 13, 1996. He was buried at the Leontiev cemetery in Tutaev. Before his death, the Elder said, “From there I will see you all even better”. Indeed, Father Pavel continues to help those coming to his grave with miracles and healings.

Eternal memory to the kind Elder Pavel, and may the All-Merciful Lord save us through his holy prayers! 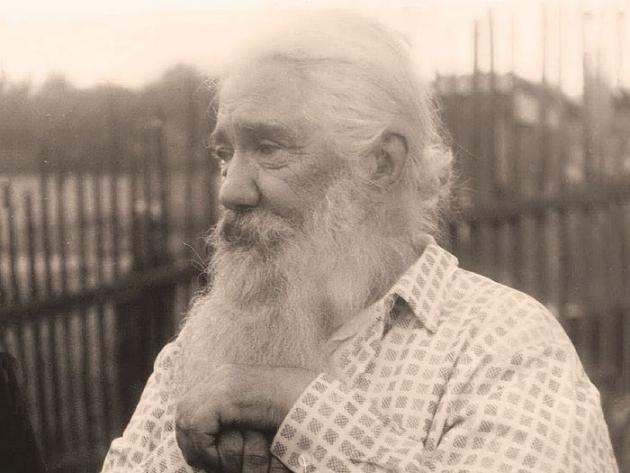 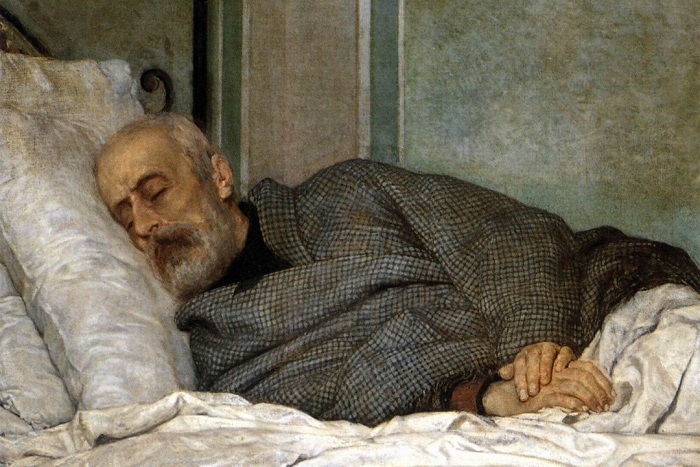 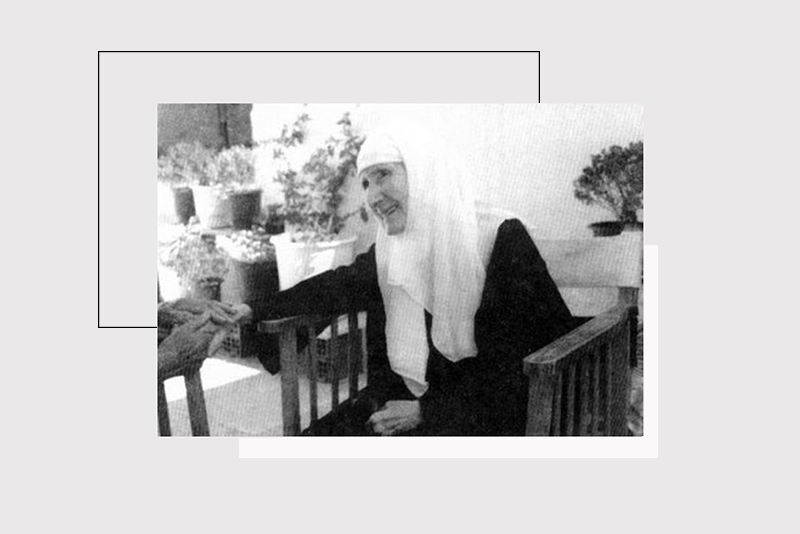 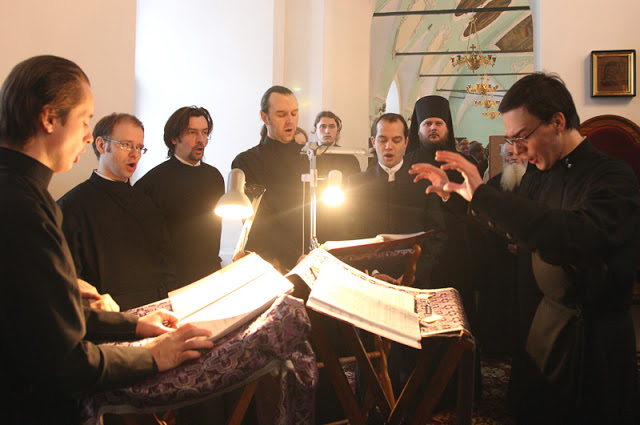