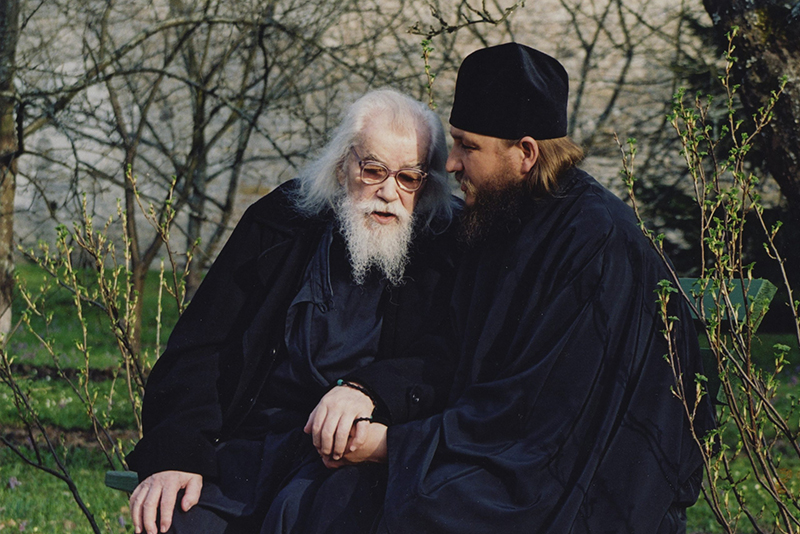 We have written extensively about the 20th-century elders who have lived lives of piety and holiness. We take heart in their gift of the holy spirit that gave them the ability to read the lives of individuals and peoples, perform healings and other miracles.

Many today hope to meet an elder of their calibre to help them find meaning in their lives and make sense of what is happening in the world. In difficult times, many open up to prophecies and omens. Yet the Lord tells us to be vigilant. “Beware of false prophets, for they will come to you in sheep’s clothing, but inwardly they are ravening wolves. By their fruits you shall know them.” (Matthew 7: 15, 16). So how can we tell A man of God from a false prophet? How may we know if their prophecies come from the Spirit or the enemy?

Seeking to know the future is un-Christian

A devout Orthodox will not look for omens or prophesies about their future. To do so, would undermine their free choice and free will that God gave them and has Himself respected at all times. For this reason, the ascetics of the past gifted with far-sightedness never predicted anybody’s future in detail. They discussed with people their future for their spiritual benefit, or to guard them against the potential consequences of their sinful passions. Furthermore, their predictions were mostly indirect. People did not realise their full meaning until after the event.

The Venerable John of Kronstadt Once visited the construction site of Saint John’s Monastery in Saint Petersburg, where they were building a dormitory annexe. “Add some more space for the nuns from Lesnensky,” he advised. Nobody understood what he meant, but they followed his instruction. Several years later, the nuns of Lesnensky Monastery evacuated during the war found refuge in the dormitory of the Monastery of Saint John.

Detailed prophesies about the fortunes of the world are found in the Book of Revelation of John the Theologian. There is no need to look for any others. Hieromonk Vasily of Optina would respond to prophecies of a horrible future in this manner: “Prophets prophesise, but God does His will.” Whether a prophecy came true, always depended on the free choices of individual people and humanity between good and evil.

Let us postulate upfront that no saint ever sought the gift of prophecy, healing or miracle-working. All their soul ever desired was to live with God. Living with God was their only motive for their feats of asceticism, restoring purity to their souls. They preached Christ and were willing to give up their lives for Him to be His good servants.

God finds dwelling in their pure souls and acts through these righteous men on others. Archpriest Valery Dukhanin writes: “Christian saints and the miracles or exceptional abilities they possess are fully centred in Christ, in God and have nothing to do with man’s selfish exceptionalism.” Only someone with inner peace and God in his heart is in the position to help another with advice or prayer and read God’s will for him. As Saint Ignatius (Bryanchaninov) wrote, such insights may occur very rarely, and only with the blessing of God, and not by the will of any man.

Knowing that the saints hear the revelations from God in prayerful conversation with Him, we, too, should address to God directly our pleas and sorrows. The Lord calls on all of us to seek righteousness and closeness to Him and the Truth: ‘Be holy because I, the Lord your God, am holy. (Leviticus 19:2) – The blessed gifts of the saints do not belong to them individually; they come from their communion with God, of which every good and pious Christian is capable.

Another fundamental distinction of the holy elders is the humility with which they all concealed their gifts, for fear of leading another into temptation and falling into the sin of vanity. Frequently, their hidden prophesies remained between them and the individuals to whom they were addressed. The Venerable John of Kronstadt Once said to a dark man who approached him after a service, “Step away from me. Your life is as good as your name.” The dark man’s name was Gregory Rasputin*, who would become infamous years later.

Alexey Osipov, a respected modern religious scholar, wrote a genuine elder sets an example of Christian life and does not demand unquestioning obedience to him. In the same vein, Patriarch Alexis II wrote, “A true elder will treat every human being with great care. Some of today’s self-proclaimed elders exercise little spiritual judgement by loading down the newcomers to the church with burdens they cannot carry (Luke 11:46); they use clichés destructive to spiritual life and practice methods of spiritual discipleship that are only appropriate to monastics.” To summarise, the holy elders always left their disciples a choice, while teaching them the skill of spiritual reasoning, right thinking and obedience to the will of God. As Metropolitan Anthony of Surozh explained this in a nutshell, “We should know how to view things from God’s perspective.”

Any prophesy, healing or miracle from God and His saints had as its fruit the spiritual transformation of a person, bringing him to repent, and reform their lives, but never the private benefit of the saint. But false miracles and prophets did nothing more than inflame the imagination of the onlookers, creating an illusion of a short-term gain, but no genuine fruit.

Far-sightedness from the enemy

Elders are people regarded as such by members of the Orthodox church. It is not an official status; likewise, there are no rules and regulations on who may be considered an elder. Crooks and founders of sects use this situation to their advantage. Their victims are mostly people who have little knowledge of the Christian faith or who have not acquired the habit of making a spiritual effort.

It is an unfailing spiritual law that unless we put God in the centre of our lives, we fall into a narcissist illusion of our extraordinary significance and perfection. The extrasensory abilities that some try to develop through psychophysical practices do nothing but reinforce these illusions. False prophets do not struggle for the purity of their hearts, and their gifts of clairvoyance, perception and communication with the other world do not come from God, but from the enemy, who is just as vain as they are. Outwardly, their acts may be similar to those of the saints, but in truth, they are as far from the saints as hell is from heaven. They are of a different spirit, and their words bring very different fruit.

Demons cannot know the Providence of the Lord for the world, because they are created. As John of the Ladder admitted, The enemy will go out of his way to make others think that he is all-knowing; he may make all kinds of prophecies through the people over whom he has power. Nevertheless, we should all know that these predictions from the devil may sometimes come true, and they may not. False prophets do not look far or their predictions are obscure. The predictions of the biblical saints are the exact opposite of theirs – they came true in every detail after many centuries.

Nor will the demons know the inner motives of people that are known to God. Although they cannot read our thoughts – other than those that they had themselves planted in our minds, they may tell our mental inclinations from external signs that they have learned to discern over years. Yet this limited ability may be sufficient to catch us in their nets if we are not careful.

One woman went to a clairvoyant to ask him for help in finding her son, who had disappeared without warning. The clairvoyant examined the photo of the young man and told the woman that her son was abroad and would write to her in two years. Two years later, the woman received his letter as the clairvoyant promised. The devil helped the clairvoyant find the man, and then approached the man to get him to write the letter. The woman believed in the power of the clairvoyant.

Sometimes, the devil will divert us with miraculous events in the hope that we would fall into a delusion and come into his nets. Eudocia, a spiritual daughter of Saint Vasily (Preobrazhensky) began to see the Lampad before the icon of the Saviour light itself each midnight. The woman was confused but eventually accepted the vain thought that it was a sign that God was making her a personal call to stand for prayer. When the incident repeated two midnights after in front of different witnesses, Eudocia was fully convinced that it was God starting a conversation with her. Fortunately, her spiritual father intervened just in time to bring her to her senses.

Again, we know the deeds by their fruits. “A good tree cannot bring forth evil fruit, neither can a corrupt tree bring forth good fruit.” (Matthew 7:18). We must question with our hearts our every miracle or prophesy: Does it bring us closer to God? Does it lead us to repent and strengthen in the spirit, or does it inflame our passions, pride and irritability and cause us to cool off in our faith? 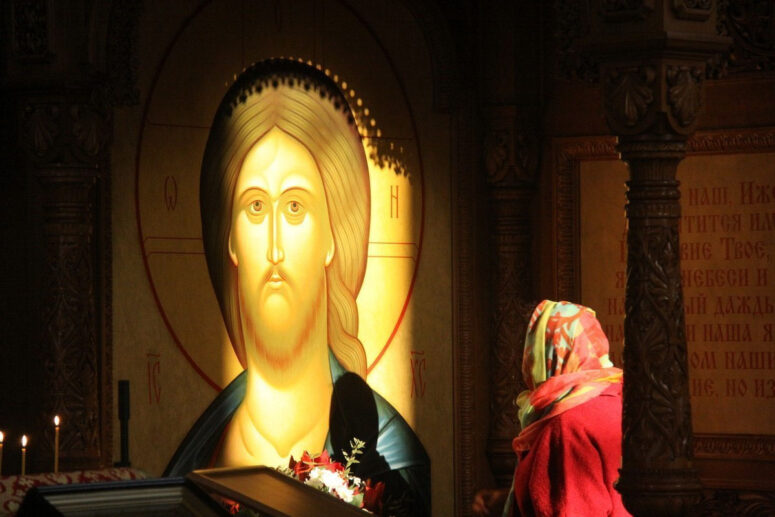 We have considered the distinctions between the saint ascetics who did good deeds with the gifts of the Holy Spirit, and the false prophets fulfilling the wishes of the devil. One question remains: is it still worthwhile to seek elders and prophesies nowadays? Is it not safer to look for the answers by conversing with God directly in prayer, reading the Scripture and consulting with a priest? The sanctity of many elders was not revealed until their death, and the truth of their prophecies only came to light after the events that they predicted. To tell a prophet from a non-prophet can be a difficult challenge. But God is in our midst, and He is waiting for us to turn to Him and never denies us His guidance.

*The surname “Rasputin” derives from the Russian word that means “licentious”. The legendary Gregory Rasputin was once a counsellor to the Russian royal family. It is believed that hiding under the guise of the elder Rasputin was a charlatan, sorcerer, drunkard and adulterer. 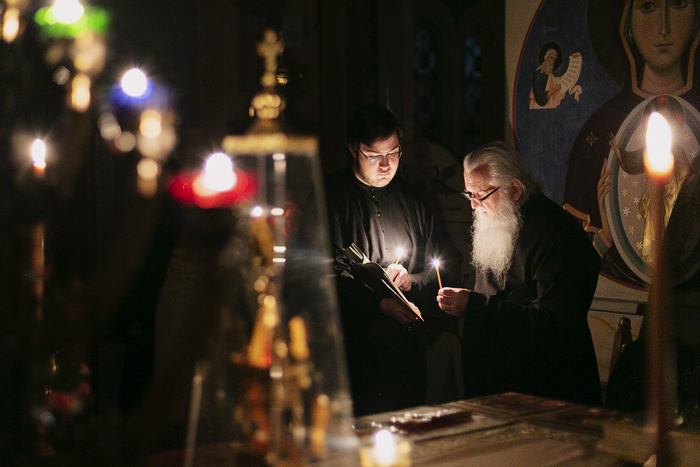 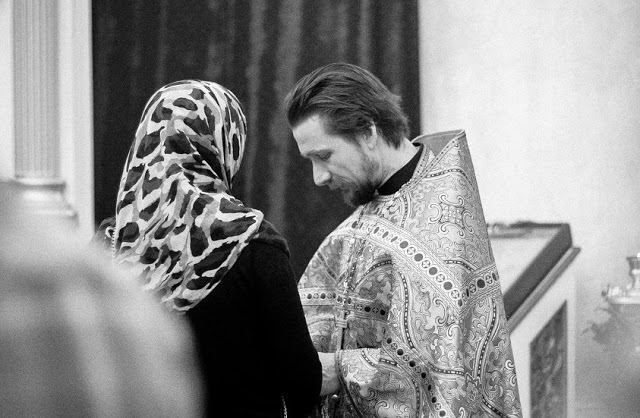 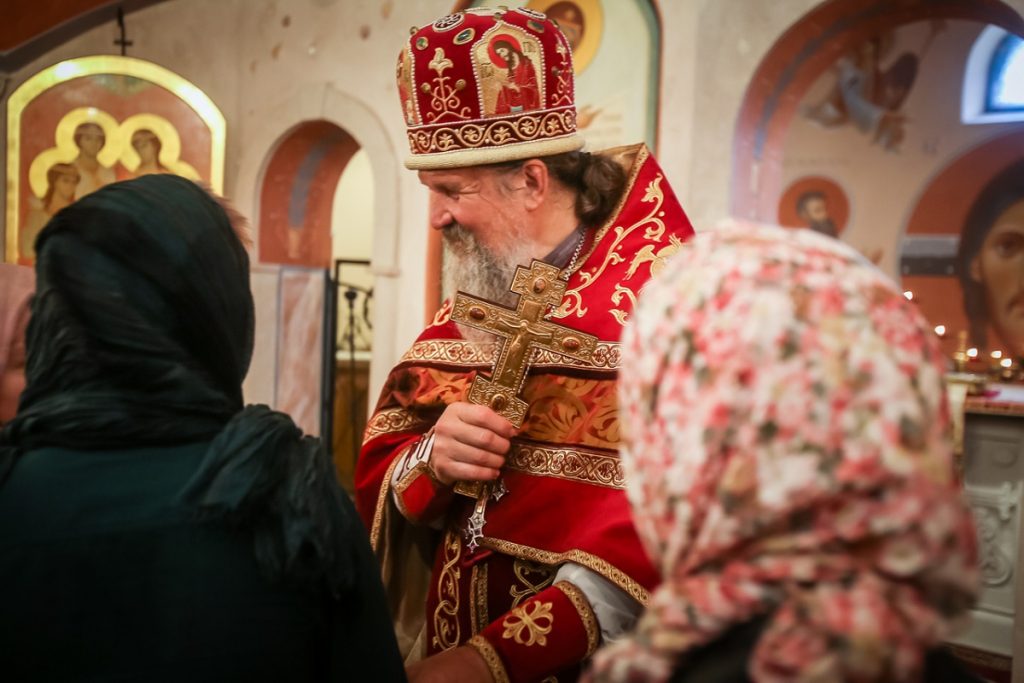