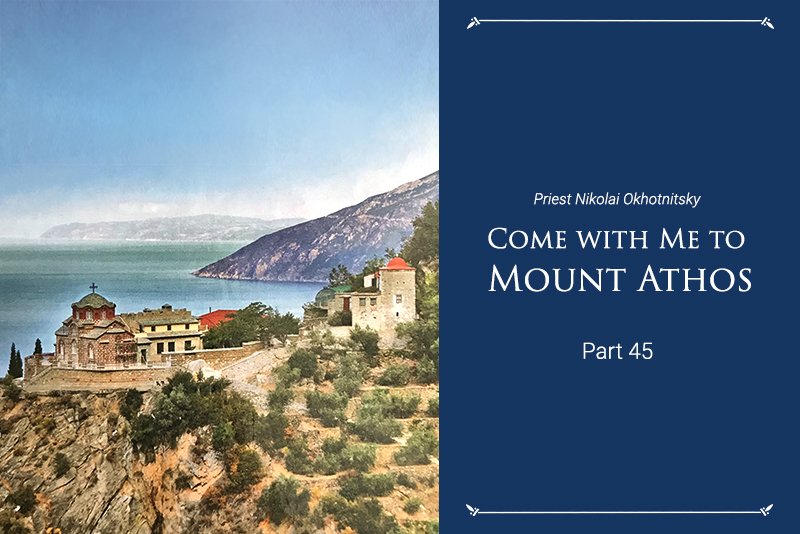 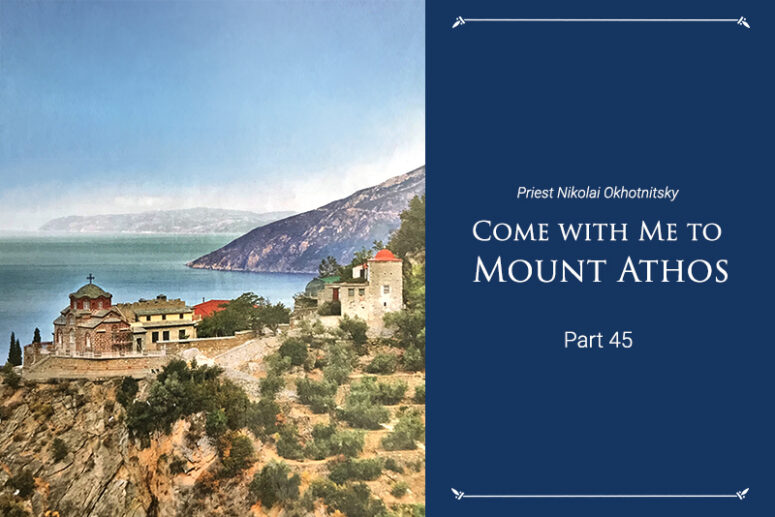 The halt ended, and we continued to water the Athos trails with our sweat, resounding our prayers into the surroundings. We were advancing higher and higher, cutting our way among rocks and bushes. After some time, we went traverse (that is, perpendicular to the rise) along the slope. After the steep, almost vertical ascents, moving horizontally was a pleasure. To make a person happy, it is enough to put him in a very difficult situation and then to improve it slightly. In the beginning of my military service, I was assigned to a unit with very strict rules. All commands were carried out “double time”. We had 3 minutes for a smoke break and 5 minutes for writing a letter home. The retreat and rise were the sergeants’ favorite exercises. We dressed and got in line in 30 seconds, instead of the usual 45. About two weeks later, I was transferred to a different unit.  Rising on the following day, after 30 seconds I was standing between the cockpits in a completely empty aisle. Looking around in bewilderment, I noticed that many people were still on their beds. Then I experienced real happiness (I hope the reader understands my irony).

To the left and below lay a deep blue sea, and to the right there were dwarf trees and impassable thick bushes. We made halts a couple more times and drank some water sparingly. Soon the Dionysiou Monastery appeared behind the turn.

The monastery was founded in the fourteenth century by Saint Dionysius of Korisos. It is located at an altitude of 80 meters above sea level. These 80 meters are used for terrace gardens, rising all the way up to the monastery walls. The monastery itself is beautiful and well developed. Moving from the mountain path onto the paving stones of one of the terraces, leading to the gates, I saw a work of monastic art immortalized in stone. Marine polished pebbles were set on edge, fixed with concrete and painted like an oriental carpet. Very beautiful and practical. In rainy weather, these pebbles will perfectly clean a pilgrim’s shoes from dirt, and he will not lose any friends among the local inhabitants.

Like every monastery on Mount Athos, Dionysiou is a resting place of many holy relics, among which a special place is occupied by the chains of the Apostle Paul and the elbow of St. John the Baptist, in whose name the Monastery’s catholicon is consecrated.  Another important shrine kept here is a particle of the Holy Life-Giving Cross.

Entering the cramped space of the monastery courtyard, we saw through the open door of the refectory that breakfast was in full swing here. We sat down, looked around and admired the magnificent wall paintings. I have never seen murals like the ones outside the refectory. The walls were decorated with unique prophetic scenes. These murals, created in the 17th century, depict images of modern warfare, including atomic bombs, shelters, aircraft and other weapons that no one on earth had any idea about at the time of painting. Miracles are everywhere if you stop and take a close look.

After sitting on the bench and a short rest, we parted company and went on independent excursions. Vladimir Georgievich took his camera for a walk around the catholicon; Igor went in the opposite direction; I went through a dark archway at the end of the courtyard, by the refectory. In one of the corridors, I came across another “carpet” of sea pebbles and thought that it would be good to decorate the porch of our village church in the same way.

We were taking pictures freely, without anyone paying any attention to us. Soon the breakfast was over, and people started leaving the refectory. The brethren opened the so-called paraklis (a small church) for us. Everything there seemed miniature, but was created with great love. To be honest, without a Russian-speaking guide, it was completely incomprehensible to us which of the relics that we venerated were revered the most.

We climbed the stairs to the beautiful and tastefully decorated large quarters of the arkhondarik. The balcony seemed to be floating in the air at a bird’s height. The guest master offered us coffee, water and Turkish delight. What else can you ask for to be happy? Water (I noted to myself for the umpteenth time) is the most exquisite and desired treat for a traveler on Athos. Then they again wrote our names down in a giant book, but we explained that we did not intend to stay and asked them for directions to St Gregory Monastery. As you understand, for the most part we communicated with the help of fingers and gestures. At some point, it seemed to me that the guest master monk became very upset.

– But why? Won’t you stay with us for the night and attend our wonderful services? – he seemed to be asking us in Greek. On the other hand, his words might have meant something completely different.

One way or another, we had to go. We said goodbye and noticed to ourselves that the brethren did not seem to be noticing our departure. Their attention was focused on a large foreign group of visitors, drinking coffee and smoking on the balcony after breakfast.

The Dionysiou Monastery is certainly special. It occupies the fifth place in the local hierarchy. However, our sojourn there was very brief, like a whistle-stop on a long train ride. Maybe this is because we were not ready for that holy place yet. It was time to go. 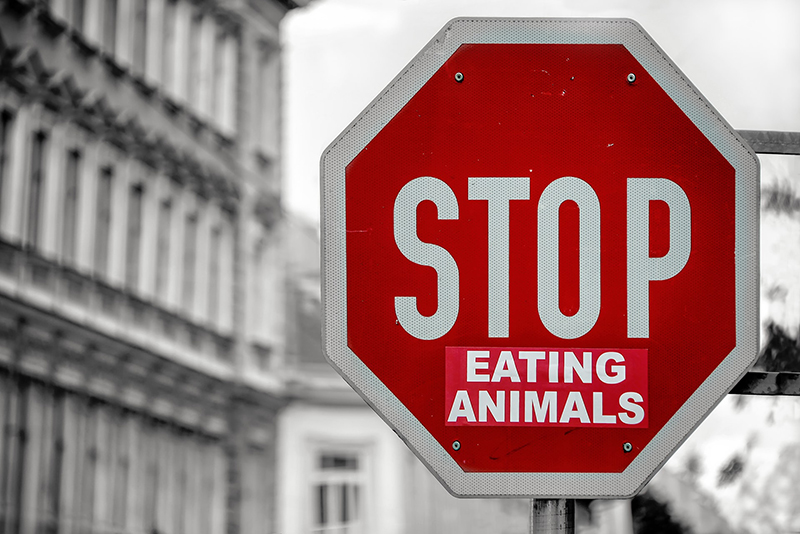 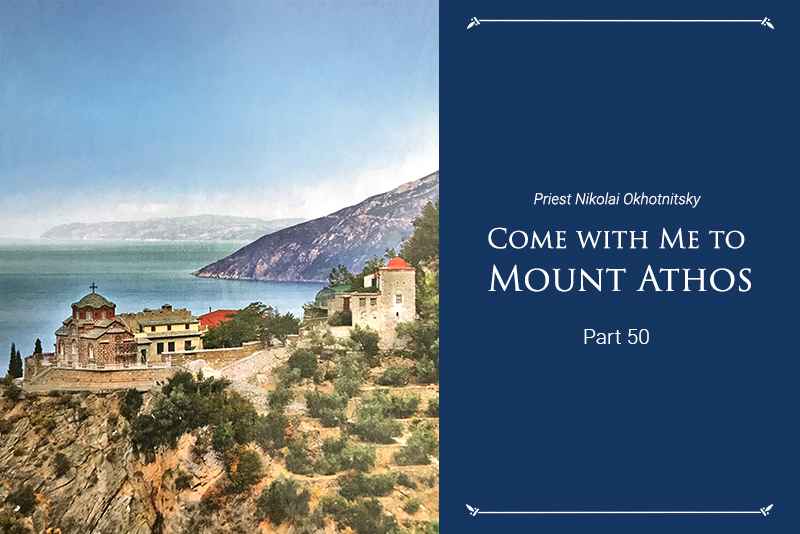 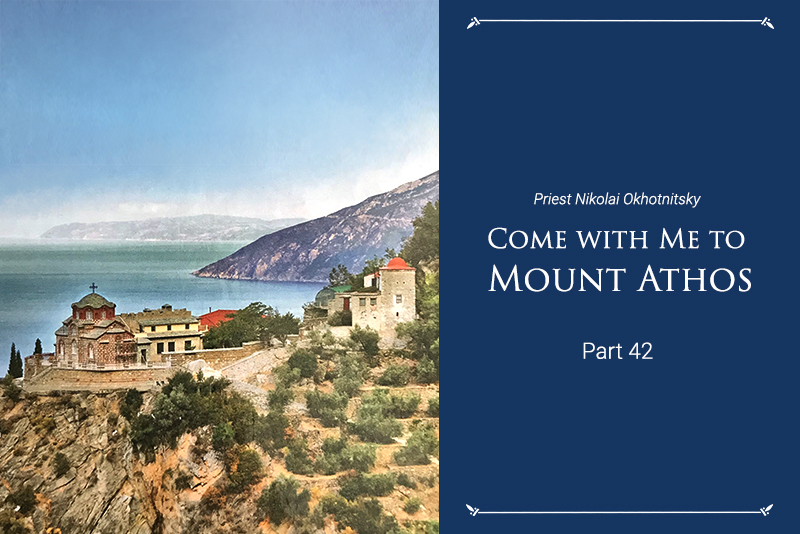