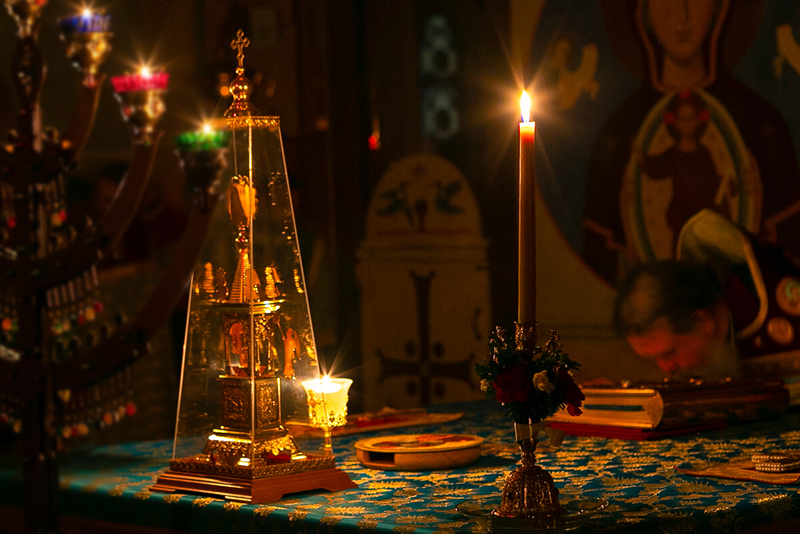 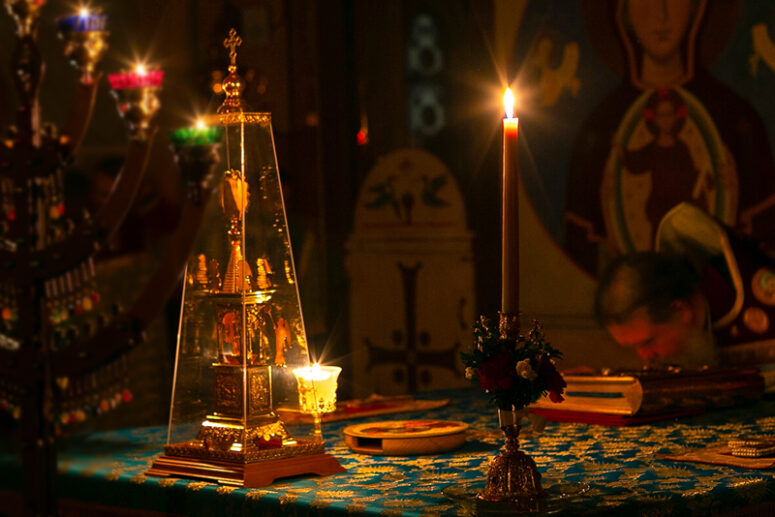 This article is concerned with an Artophorion, a vessel designed to reserve the Eucharist, the Body and Blood of Christ. In the Orthodox Church, it is kept on the altar table and can only be accessed by a bishop, a priest or a deacon.

The Gifts placed in the tabernacle are traditionally prepared once a year, during the Liturgy on Thursday of Holy Week (the day on which Christ established the sacrament of the Eucharist at the Last Supper). An additional Lamb is often used in preparation of these gifts, as there are usually many communicants at the service on Great Thursday. The Gifts prepared for the tabernacle are crushed into small particles, with a few drops of the Blood of Christ applied on each. These particles are then dried on the altar table (usually on a designated metal dish heated by lamps) and placed in an artophorion once dry. These Gifts are given as Communion to all who need to receive it urgently or those who, for any reason, cannot attend the liturgy in person (the sick, the dying, those with limited mobility, etc.)

The name “Artophorion” (in Russian translation – transl.) was not introduced In the Russian Church until the seventeenth century. Its more historical name is Tabernacle (in the Old Testament, the earthly dwelling of God).  A tradition once existed of making tabernacles that followed the architecture of the Jerusalem temple. They were sometimes called “Zion” or “Jerusalem”.

The Russian editions of the Small Euchologion contain the rite of consecration of the Tabernacle, where it is referred to as “the Ark” or “the vessel, in which the Divine Mysteries of Christ are kept”.  There is no such order in the Churches of the Greek tradition.

Since the 3rd century, arks for keeping the Holy Gifts are known to have been placed not only in churches, but also in believers’ homes. This is first mentioned in the writing of St Cyprian of Carthage titled On the Fallen (v.i.)  “The woman who attempted with unworthy hands to open her ark, in which the shrine of the Lord was kept, was terrified by the fire emanating therefrom and did not dare to touch it”.

In the early Middle Ages, tabernacles were widespread that were shaped as the Eucharistic Dove, symbolising the Holy Spirit. These dove-shaped vessels had a closable opening on the back, into which the Holy Gifts were placed. Such a dove was suspended above the altar table or placed on a designated tower atop of it. The Dove itself was made of silver or gold. Other metals could be used in extreme cases, but not for the actual container where the Holy Gifts were inserted. The Eucharistic Dove was most widespread in the West, but it was also partially adopted in the East. For example, in Suzdal there is a copper Eucharistic Dove, decorated with enamel, engraving and gilding. It was made in France in the 13th century. Over time, the use of the eucharistic dove was banned in the West, whereas in the East it simply has not taken root.

In early and classical Middle Ages, tabernacles most often looked like small boxes. From the late Middle Ages, Western tabernacles acquired new forms and began to be decorated with carvings, paintings and precious stones, which eventually penetrated to the Eastern tradition. At that point, tabernacles became very diverse. They could be multi-tiered, have the form of towers and bell towers, and legs shaped as animal paws. Tabernacles of that period were decorated with figures of angels and saints, and contained images of full cycles of events from the Sacred history.

This can be illustrated by the 1833 property inventory of the Novgorod St Sophia Cathedral, containing the following description of a tabernacle, “A small silver ark, gilded inside and outside, on top of which there is an apple with a cross, weighing two pounds and fifty-four zolotniks”.  Another unusual tabernacle was made by jeweller J. Lund in the shape of Golgotha, at the foot of which was placed the multi-figure statuary group “The Entombment” by Raphael. 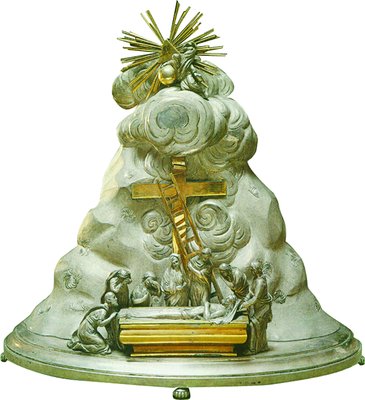 In the modern practice of the Russian Church, tabernacles most often have the form of a tomb with a high canopy, covered with a large transparent cap. Under the canopy, there is usually the ark, in which the Gifts are inserted. In addition to the ark with the Gifts, a tabernacle may contain a vessel with the holy myrrh.

Most often, a portable tabernacle (sceuophorion) is used for the communion of the sick at home. It has a simpler form and a smaller size. Inserting the Gifts from the tabernacle into a sceuophorion, the priest then carries them out of the church in a special purse tied around his neck.

A practice of using a separate tabernacle for celebrating the Liturgy of the Presanctified Gifts is mentioned in the modern edition of the service book used by the Russian Church. Such a tabernacle is called there “the bread-bearer” (a metaphrase of the Greek ἀρτοφόριον). In modern practice, it is replaced with a discos under a glass cover with ventilation.

In Catholicism, the repository for Holy Gifts is usually represented by a lockable niche in the altar wall. There is another object in Catholicism that is similar to the tabernacle. A monstrance is a vessel into which the Holy Gifts are placed for veneration by believers outside the Liturgy. Moreover, there are the so-called chapels of the Blessed Sacrament, in which masses are not celebrated, but the Eucharist in a monstrance is permanently exposed.

A tabernacle is a symbol of God’s love for mankind and the Church’s care for her flock. The Eucharist, that is the most valuable substance on earth, is kept in it, ready to be given at any time to those who need it most. 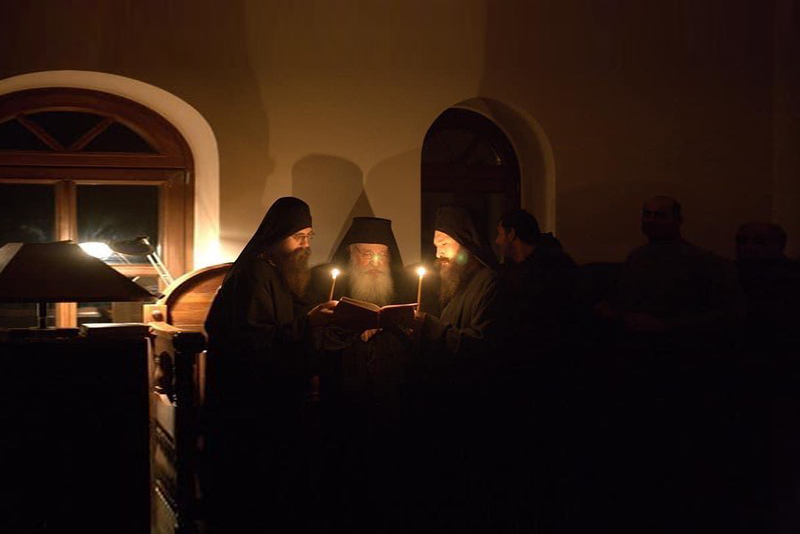 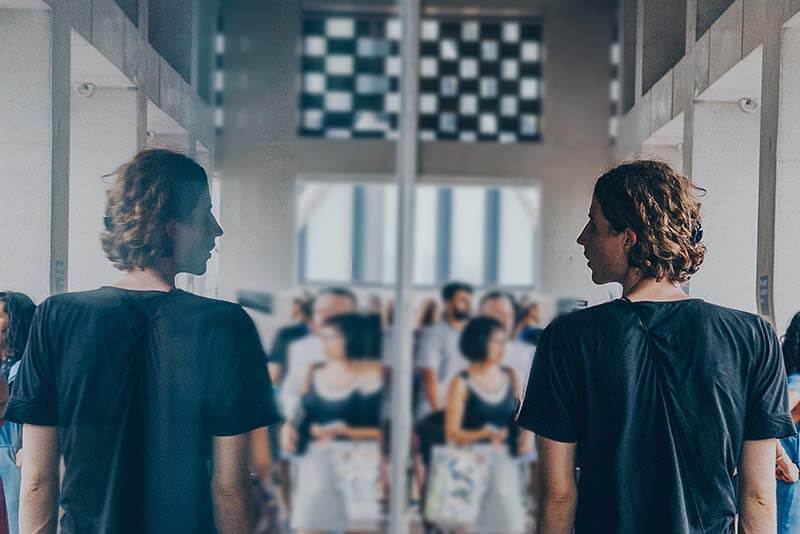 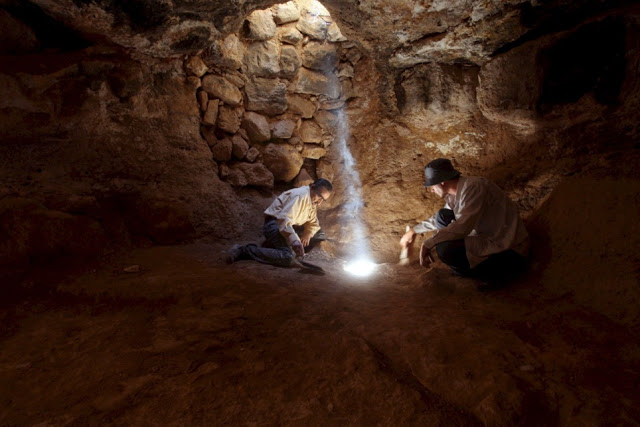