The altar table embodies the immaterial Throne of the Most Holy Trinity and serves as a place of special presence of Divine Glory. Standing before the altar table, as well as touching it, is only permitted to clergy.

Multiple mentions of various elevated grounds created by the Old Testament righteous for offering sacrifices to the Most High God are found in Scripture, for example, in Gen. 8:20, 33:20 and  22: 9. With the institutionalization of priesthood, the altar of the tabernacle appears, and then the temple altar. These prototypes prefigured the modern altar table.

The Holy Scriptures use the word “altar” in reference to places of sacrifice (from the Latin alta ara, which means “an elevated place”).  In Greek, the altar in ancient times was denoted by the word “bema” (βῆμα), which can be translated as “an elevated place of sacrifice”, “platform for speeches”, or a “judgement seat”. These names correspond to the spiritual purpose of the altar in an Orthodox church. They also serve as evidence that the altars of Christian churches were erected on a certain elevation (in relation to the rest of the temple) since ancient times. The same rule is generally observed to this day.

Besides being arranged on an elevated place, altars began to be separated from the rest of the church starting as early as from the time of the catacombs. This was done with the help of a solea and altar barriers in the form of lattices. After the 5th century, such barriers were transformed into iconostases with the holy and side doors.

Relics of martyrs for Christ  have been the cornerstone of the Church since ancient times. Because they died for Christ, knowing that they would be resurrected in Him and with Him, their tombs, understood as symbols of the Holy Sepulchre, began to be used by early Christians for celebrating Liturgy. After the end of the persecution of Christians, the practice of using martyrs’ tombs as altars disappeared. However, particles of relics were still sometimes placed under the altar table. In the eighth century (the 7th Rule of the Seventh Ecumenical Council), the insertion of relics became an obligatory part of the rite of consecration of the temple. Relics were placed either in the foundation of the altar table, or in a designated opening underneath it.

Since the martyrs’ tombs were traditionally made of stone, this material was also used for altar tables of the 1st-4th centuries.  However with the abandonment of the practice of serving on graves, stone altars gradually became a thing of the past. Starting from the 15th-16th centuries the use of stone for altars was displaced by wood, as the most accessible and easy-to-use material. Currently, altar tables are manufactured using wood.

In its simplest form, a wooden altar table resembles an ordinary table with four pillars and a board on top. If a church is consecrated by a bishop, then a fifth column (or an intersection of  lintels) is placed in the middle, between these four pillars. It is used for keeping a box with relics of saints. The pillars are glued to the board with a special fragrant mixture called wax mastich. Symbolically, this mixture represents the aromas used in the burial of the body of Jesus Christ. In chapter 74 of his book titled The Wisdom of Our Salvation, Simeon of Thessaloniki  writes, “… These adhesive substances are needed here to strengthen the corners of the altar table; the union of all these substances in their fullness represents the love of Christ the Saviour for mankind and His union with us, which He extended even to death”. The altar table is bound with four nails, symbolizing the nails with which the Lord Jesus Christ was nailed to the cross.

The advent of wooden altar tables, introduced the practice of covering them with sacred wrappings, consisting of three parts:

– Katasarkion (srachitsa). Translated from Greek, this word means underwear, put on immediately over the body. It is a white cloth, usually sewn as a cover in the shape of the altar table, and used to cover it completely. The srachitsa is attached to the altar table with a string through dedicated slots in the pillars. It symbolizes the Shroud, in which the body of Christ was wrapped at burial, as well as the swaddling of the Infant God.

– Endyton is the ornate “outer garment” of the altar table. It is shaped like a cross, the ends of which fall down the sides of the altar table and are fastened with buttons. It symbolizes the divine glory of Christ as King of heaven and earth. Sometimes the fabric in endyton is replaced with carved or embossed panels.

– The Eileton is the upper rectangular veil over the endyton, on which lie all the objects used in the altar. It symbolizes the funeral shroud of the Savior. As a rule, its color matches the endyton and corresponds to the time of the liturgical year.

Transforming outwardly from a sacred martyr’s tomb to its present shape, the altar table did not lose its inner essence, as a symbol of the Entombed Christ and the Holy Sepulchre, in which His Body rested until the moment of Resurrection.  The altar table combines two basic ideas: one of the death of Christ for the sake of our salvation and the royal glory of the Almighty, seated on the heavenly throne. 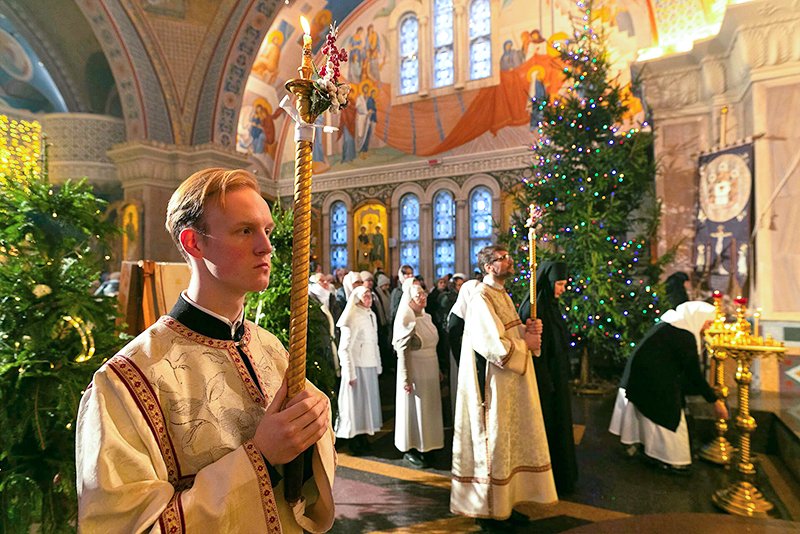 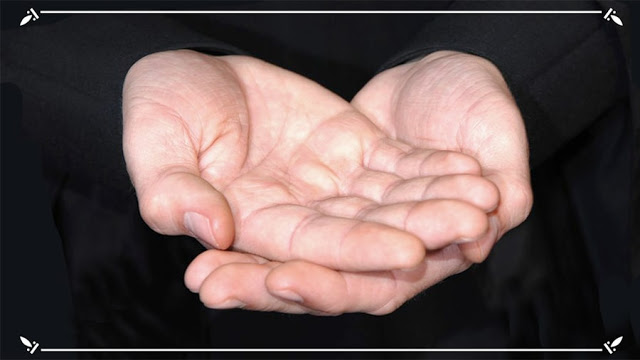 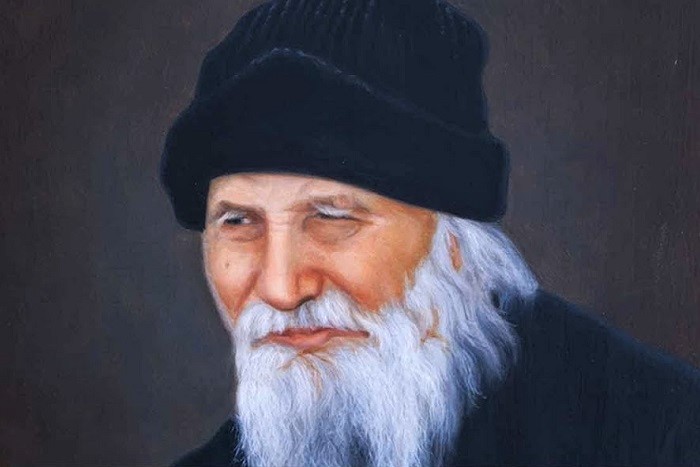