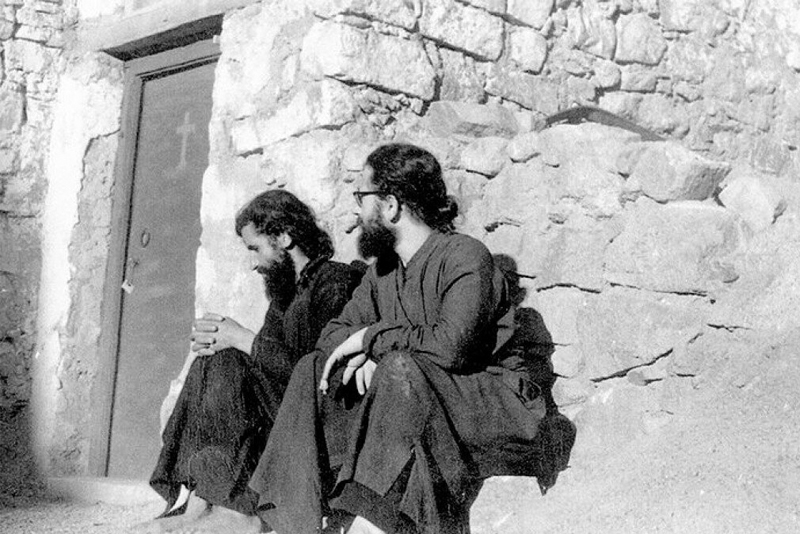 In 1962 St Paisios came to Sinai. There he lived in the cell of Sts Galaktion and Episteme and observed an ascetic rule that combined countless earth-low bows for many hours in a row with the unceasing Jesus Prayer. He did not read the services from the books, but did everything by the rosary. At night, St Paisios would sometimes leave his cell to go high in the mountains where he spent the rest of the night making bows in one of the mountain caves. When he was tired, he read prayers on his knees, leaning his forehead against the ice-cold stone. He did not feel the cold, because his heart was aflame with divine love. “If you find yourself in the middle of the desert and there is no temple nearby, you will still have the temple of your own body. Your heart will become the church bell, and stars in the sky will be like the lamps.” the saint used to say.

Many years later, one man asked the venerable how many hours he slept while in Sinai. The elder answered, “Do you really think that you would care about sleeping in a holy place like that? God Himself used to walk there! If I had not got sick, I would never have left Sinai”. Also St Paisios used to say, “By the name ‘The Divine Mount of Sinai’ someone might think that they will meet God Himself walking there. After living in the monastery of St Catherine for some time, goosebumps begin to run through your body, as if you are having chills. This is because the monastery is located at a considerable height above sea level and is surrounded by huge masses of granite rocks. At the same time, a person living in Sinai begins to feel as if some spiritual current is passing through him. He begins to sharply feel the presence of God.” This spiritual state nourished the venerable, so that he hardly slept. A short rest before dawn was enough for him.

During the day, Father Paisios was engaged in handwork and the Jesus Prayer. Using scissor blades he carved small wooden icons on dried and polished thin plates of black poplar twigs. He carved icons of Christ, the Mother of God and some themes related to Sinai: the burning bush, the holy summit of Sinai, the prophet Moses, receiving from God the tablets with the ten commandments etc. He repeatedly performed the same work, so that his hands learned to work mechanically, and the mind was focused only on prayer. He would begin with having to spend 5 days to carve one icon, and eventually reduced that time to 10 hours. 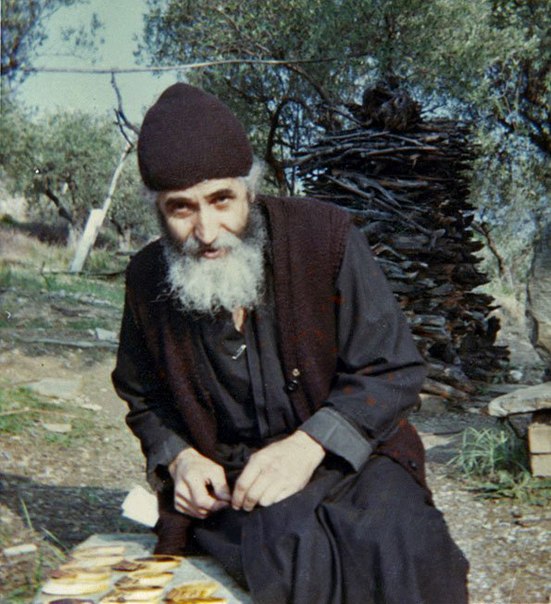 The monk sent his first icons to Archbishop Porphyrios in Cairo to receive a blessing for this work. Then Father Paisios began to distribute a part of the icons among the pilgrims, sending another part to Greece where his acquaintances sold them and sent him the money. He saved some icons for the monastery shop so as not to feel like a parasite, although he never took anything from the monastery.

The saint bought food (flour, wheat, rice and sugar) for himself with the money received from the sale of handicrafts. From Monday to Friday, he observed the ninth hour and ate food once a day at sunset.

Father Paisios made flatbread by the recipe of St Arsenios of Cappadocia, placing the dough made of flour and water on a sun-heated stone. These cakes were hard, brittle like glass and hard to swallow. The venerable ate them in small pieces. He built a stone hearth in the courtyard of his cell and used it for kindling brushwood and boiling small amounts of water. He used it for brewing some tea that he took with a spoonful of sugar. Father Paisios drank tea because sometimes it was the only way to get warm. “A mug of tea with three teaspoons of sugar warms better than three sweatshirts.”

On Saturdays and Sundays, the saint allowed himself some “indulgence” and cooked a “soup” throwing a handful of flour or rice into boiling water and adding a spoonful of cottonseed oil.

One Saturday evening St Paisios saw a group of pilgrims with a parish priest ascending to the holy peak to serve the Divine Liturgy there. The saint followed them, wishing to receive communion. Before the service, he went up to the priest, told him that he had been eating food with vegetable oil and asked if he could take communion. The priest did not know the venerable and answered sternly, “So, you have eaten enough oil, and now you want to receive communion? There is no blessing for that.” Father Paisios showed obedience to the priest, and then felt spiritual joy, as if he had received the Holy Communion. 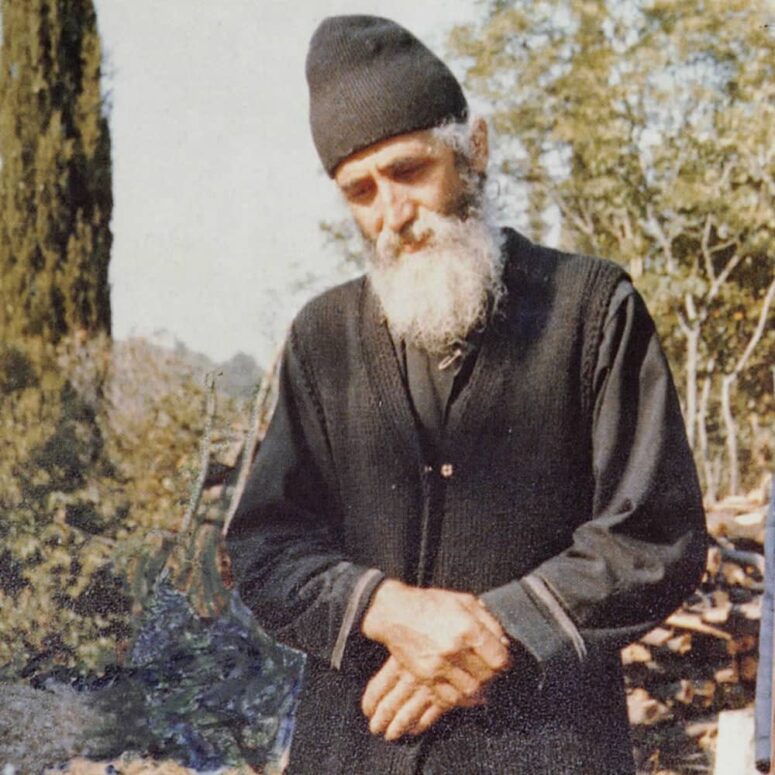 In May 1964 St Paisios returned from Sinai to Athos and settled in a small kelli of the Iveron Skete. Three large trees grew next to his kelli: mulberry, cherry and pine. When St Paisios first came to this place and saw the trees, he was very glad that he had no need to worry about food at all. In the evenings, after hard work to restore the dilapidated kelli, he climbed the mulberry or cherry tree and ate a handful of fruit.

When a young deacon came to see him that summer, every day at noon the saint said to his guest, “Isn’t it time for us to go to the restaurant?” Then they climbed on the mulberry branches and feasted on berries.

Father Paisios spent the whole summer not caring about his daily bread. First he was eating cherries, then mulberries, and, finally, as autumn drew close, the pine nuts.

In autumn and winter his daytime meal consisted of a spoonful of nuts with honey. But he soon realized that he could not survive the harsh Athos winter with such a diet. “Compared to cherries, mulberries have more calories and give you more energy, and pine nuts are the highest in calories. But the Sinaite kind of austerity is not possible on Holy Mountain. You can’t even last one winter on pine nuts” Father Paisios sighed. Therefore, he added to his diet some crackers, boiled rice, potatoes and some edible herbs.

Nourished with his love for Christ, St Paisios gladly tamed his flesh with fasting, vigilance and prayer, conquering unattainable ascetic altitudes like a true mountaineer of the spirit. 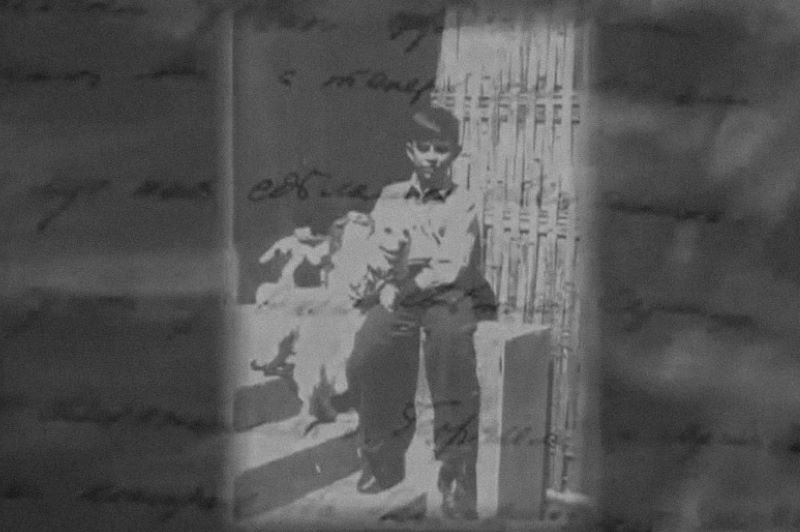 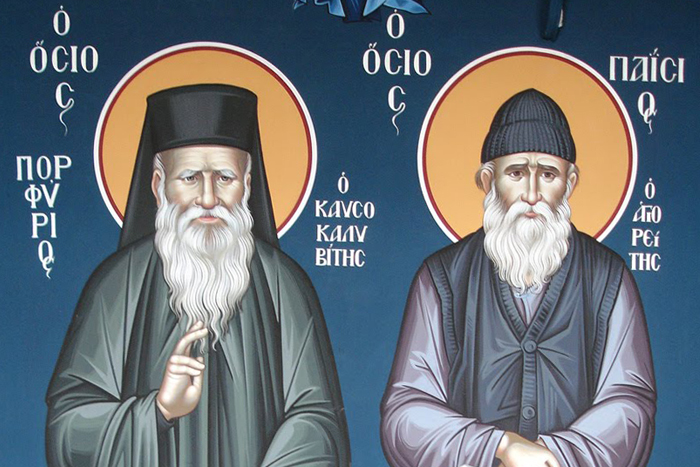