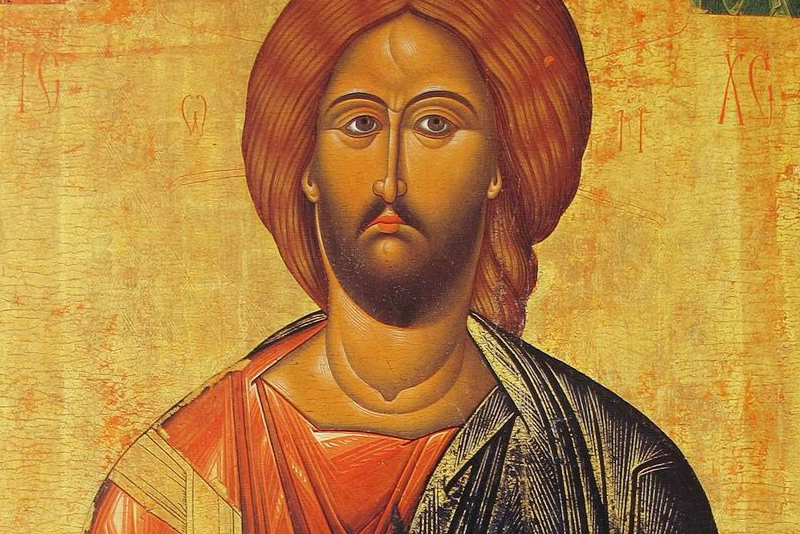 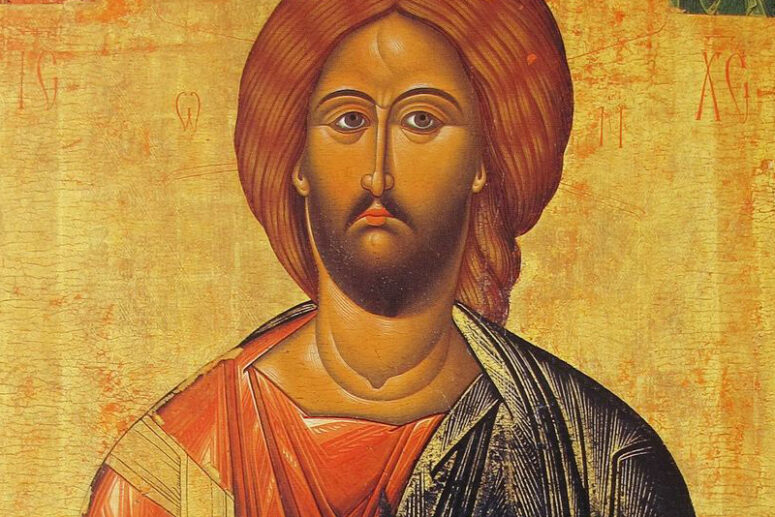 Scripture contains the following words of Christ: “And I will do whatever you ask in my name, so that the Father may be glorified in the Son. You may ask me for anything in my name, and I will do it.”(John 14:13-14) and “For where two or three gather in my name, there am I with them.” (Matthew 18:20). What is the meaning of these statements made by the Savior? Can’t believers turn directly to the Father and receive what they ask for? Is there a tradition of praying to God in the Name of Christ?

Some people denying the authority of the church claim that they do not need intermediaries between them and God. They forget however that the Bible itself speaks of such a mediator, for example in words of Paul the apostle: “For there is one God and one mediator between God and mankind, the man Christ Jesus” (1 Tim. 2: 5). The topic of the Lord’s mediation and intercession for us before the Father is also given close attention in the Epistle to the Hebrews, describing Christ as a High Priest of the Melchizedek priesthood, whose ministry is higher than the Levites’  (see Chapters 7-9). Jesus sacrificed Himself once and for all by entering the heavenly sanctuary and sprinkling His Blood upon us, establishing the New and Final Testament.

From then on, Christian prayer is eternally nourished by the High Priestly Prayer of Jesus Christ to the Father, sounding today through the prayer of the whole church as the Body of Christ or a group of believers gathered in His name.

The prayer to the Father offered up in Christ or through Christ has prevailed in the divine service of the church since the early times, as evidenced by orders of most Liturgies, which took shape during this period. At the same time, attempts were made by Origen as early as in the 3rd century to substantiate the practice of praying only to the Father, not to Christ. (On Prayer 15-16 (PG 11, 464-468)). This marginal custom was increasingly refuted by the ubiquitous tradition of praying not only to the Father, but also to the Son, and, with the development of pneumatology, also to the Holy Spirit. The Gospel words “Until now you have not asked for anything in my name. Ask and you will receive, and your joy will be complete.” (John 16:24) were firmly entrenched in the consciousness of Christians, establishing in some liturgical rites the ancient and traditional liturgical formula “through Christ our Lord (Amen)”, following any petition.

Through Christ our Lord

In Western liturgical rites (Roman, Milan and others), a final petition to the Father is always added at the end of the priestly prayers, asking Him to fulfil the requests of the congregation in the name of Christ. Saint Fulgentius of Ruspe (+ c. 530) writes that the faithful should pay special attention to this final formula at the end of each prayer. “It is not by chance that the church has established this in her divine services, but in connection with the sacrament of the “one mediator between God and mankind, the man Christ Jesus” (see 1 Tim. 2: 5). When we testify that our prayers are offered through our Lord, the eternal Priest, we confess that in Him is our true human flesh” (Lett. 14, CCL 91), affirming the dogma of the Incarnation.

There is certain danger of misunderstanding the meaning of asking anything “through Christ”. Some Christians begin to perceive it almost as a magical formula, obliging God to fulfil any request as submitted for the sake of His beloved Son. However, asking anything in the Name of Christ reaches God only when we abide in Christ, follow His commandments, and our prayer intention is in accordance with God’s will.

In the Byzantine tradition, no similar petition “in the Name of Christ” is formally recorded in the service itself, but it is implicitly contained in the form of the glorification of the glorious Name of Christ in countless prayers and hymns. Our worship is literally imbued with the veneration of the name of Christ, lying at the core of a Christian’s very life. For example, the idea of gathering Christians around the name of Jesus (see Matthew 18:20), contained in the text of the Liturgy, is essentially equivalent to asking in the Name of Christ: “You that have bestowed on us these communal prayers lifted in one voice; that promised to grant the requests of two or three agreeing in your name…” (see the prayer of the 3rd antiphon in the Liturgy of St John Chrysostom). The Rite of the holy unction also speaks of the intercession through Jesus Christ: “Look down and hear us, Your unworthy servants; and wherever we bring this oil in Your great name, send down the gift of Your healing, and remission of sins” (Small Euchologion). A great number of similar examples can be cited.

Although the Byzantine rite does not have a direct equivalent of the Western liturgical formulation “in Christ our Lord” in every service, the theological idea of mediation and the High Priesthood of Christ is undoubtedly a universal Christian doctrine developed by St Paul the Apostle. Notably, the Byzantine practice rather focuses not on asking for the sake of Christ, but on glorifying His Name, already in the early centuries creating a tradition as powerful as the Jesus Prayer, and in subsequent centuries giving rise to the theological phenomenon known as  Imiaslavie .

Generally speaking, zealous Christians can enrich their private prayer with the petition “Through Christ our Lord”, remembering however that no prayer formulations work by themselves, and that, before anything, God looks into our heart. If our hearts are pure and we live in Christ, then, despite our ignorance of “what to pray for as we ought”, He will intercede for us before the Father and the Holy Spirit “through wordless groans”.  (Rom. 8:26) 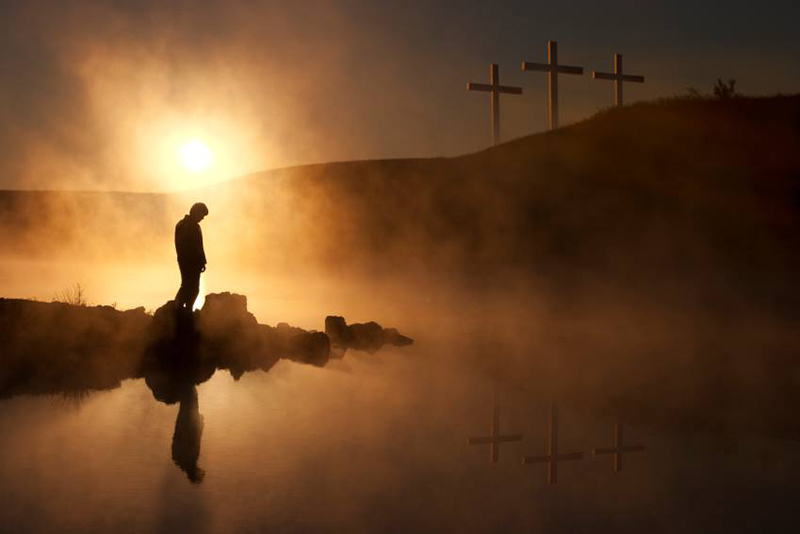 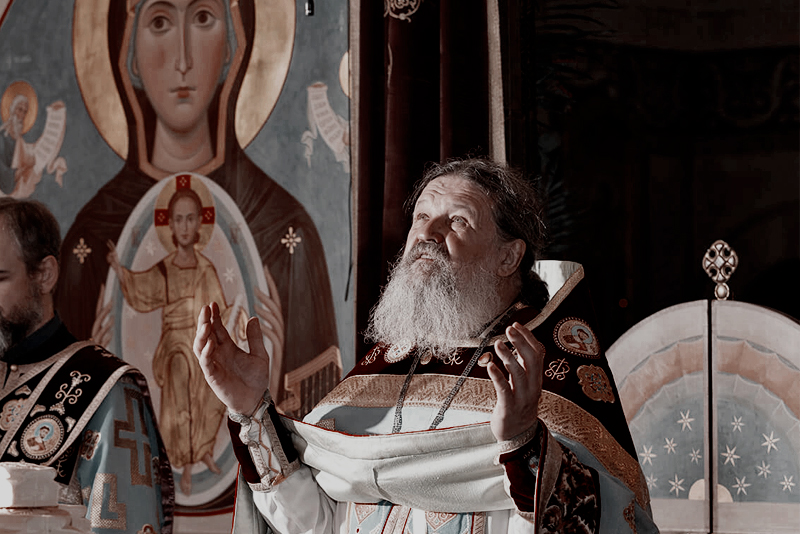 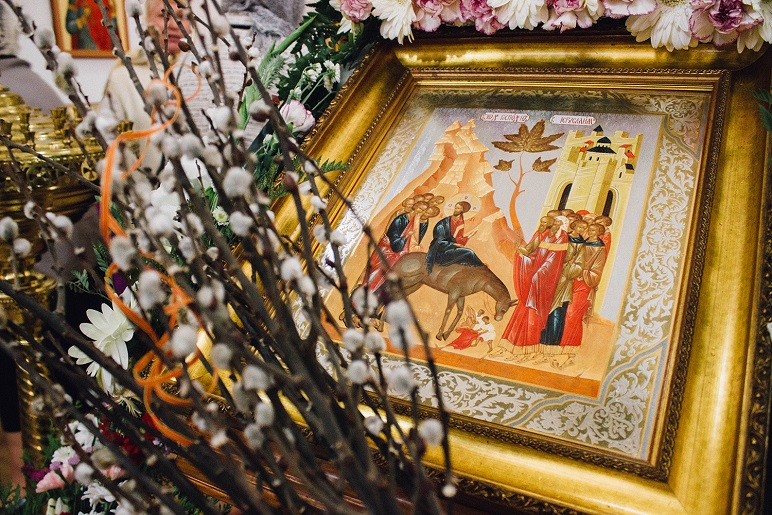