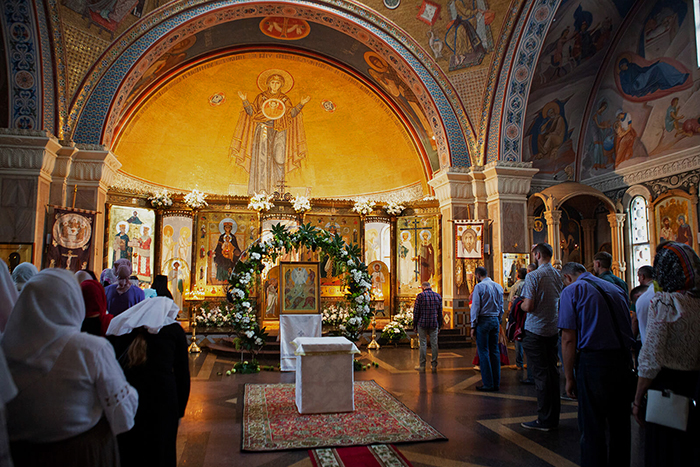 There is a whole series of various exclamations in the Orthodox worship service, each of which has its own purpose and history. We are going to cover one of these exclamations, the meaning and origin of which causes certain confusion, in this article.

After a clergyman finishes censing of the sanctuary at the beginning of the All-Night Vigil, the sexton, as per the Typikon (in practice, it is usually done by the deacon), stands in front of the Holy Door and loudly exclaims “Arise”, after which all worshipers must stand up and prepare for the service. However, there was another exclamation in the Greek Typikon and the ancient Russian Typikons: “Command” (Greek: κελεύσατε). This exclamation is recorded in all Greek Typikons of the fourteenth century, including the authoritative Diataxis of the Patriarch Philotheos. This exclamation was also preserved in the Old Believers’ liturgical practice, which suggests that the tradition of this exclamation was strong enough in the Russian Church. Under the current Typikon of the Russian Church, the exclamation Command is used only during the ordination of presbyters and deacons, as well as during the Pre-Sanctified Liturgy before the words “The light of Christ enlightens all.” Where did this exclamation come from and what did it mean?

Rite of the Byzantine court

This exclamation, like many other elements of the Byzantine rite, made its way into our service from the court ceremony. This exclamation was used by masters of ceremonies to invite imperial dignitaries to enter or leave certain chambers of the palace. This call came to Byzantium from the Old Rome: the organizers of folk events addressed the Roman consuls before the beginning of the game with the phrase Jubete (Ivan D. Mansvetov. Church Typikon). Similarly, masters of ceremonies in Orthodox Byzantium turned to the Basileus or Emperor with the Empress, said Command, and having thus received a certain sign or nod of the monarch, brought out or invited the courtiers to a particular room. Continuous use of this word turned it into a technical term, so that even in the absence of the Emperor, the exclamation called for some kind of action.

The work De ceremoniis aulae Byzantinae attributed to Emperor Constantine VII Porphyrogenitus (912-959) has been preserved, which clearly specifies the cases in which this exclamation was used. When the audience in the palace was over, the emperor said to the highest keybearer of the palace, “Go, dismiss them.” The keybearer began to shake the keys, after which one of the courtiers exclaimed Command, and the meeting was over. In this case, the exclamation had the purpose to terminate the meeting and was analogous to the church dismissal, but it also had other functions. Thus, on a Sunday day after the Eucharist, the ranks closest to the emperor (Protospatharios – πρωτοσπαθάριος), who received an invitation to have lunch with His Imperial Majesty, went to one room, while those who did not receive the invitation went to another room and sat there waiting for the so-called dismissal. The master of ceremonies came to them and as if on behalf of the emperor said Command, and they left. The same exclamation was used to invite other officials and military men to the hall and then the list of those invited to the lunch was read aloud. Thus, the main purpose of this exclamation in the court ceremony was to invite dignitaries to move from one hall to another, to come or leave. This exclamation was also used at the royal visits. How did it make its way into the church worship?

Most likely, this exclamation appeared at the beginning of the All-Night Vigil because of the presence of the emperor and could initially have meant asking his permission to start the service. However, the above examples of the use of the exclamation at court allow us to make the assumption (Mikhail N. Skaballanovich. Typikon Explained) that the exclamation is associated with the appearance of the priest after censing the altar in the middle of the temple, that is, the solemn movement of the priest from one part of the church to another. In this case, the sexton announces that the priest is going to exit the sanctuary. In any case, this exclamation implies a special solemnity of the moment.

Therefore, the court ceremony of Orthodox emperors left its historical imprint on the Orthodox liturgy, and its traces can be seen even in the purely monastic Typikons. However, the exclamation Arise is more ancient, and that is why the Russian Church under Patriarch Nikon decided to return to this rigorous practice of Jerusalem Typikon, and adopted the older and more appropriate version of the beginning of a divine service. 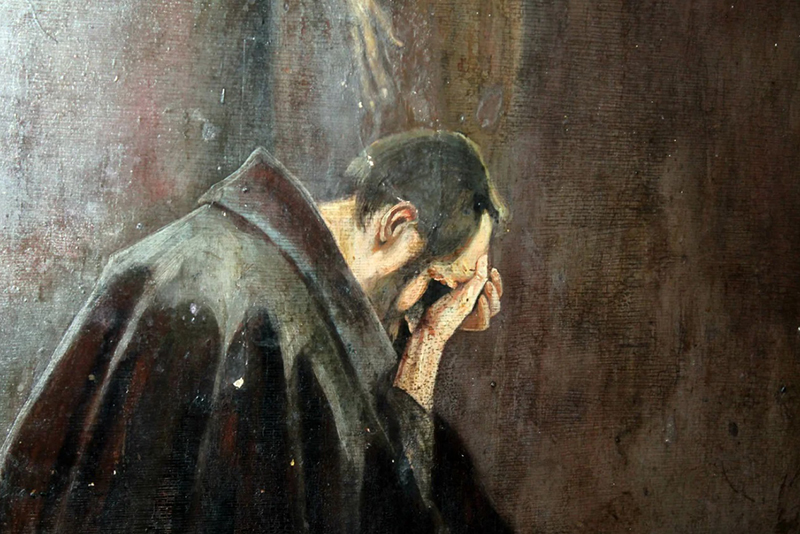