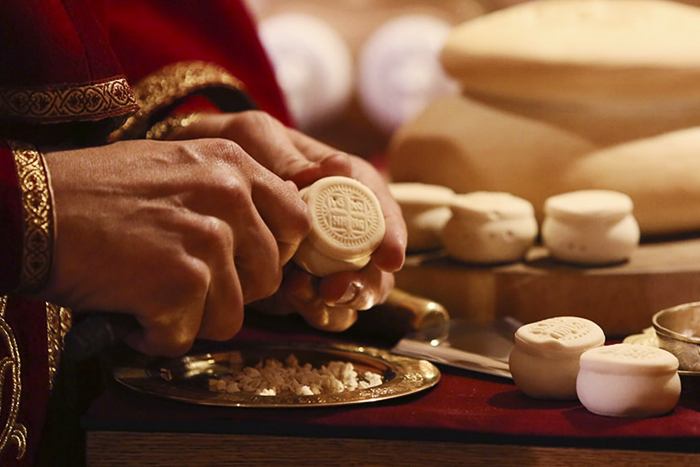 We decided to prepare this piece in response to a comment to one of our blog posts. A reader complained that when he bakes prosphoras at home, they do not look as beautiful as in the illustrations to that article. We looked for relevant information and also asked the prosphornik at the Valaam Monastery, Monk Manuel, for advice on how to bake prosphoras at home.

Flour. Flour must be of the highest quality, and even then, not any flour will do. Choose flour that is rich in gluten and is suitable for pelmeni or pasta, for example. It must be in a paper bag so that it could breathe. You should also taste it after buying it: the flour should not be bitter or sour, nor should it have any other tastes or odors. It should also be clean, free from contaminants, insects, and trash.

Water. You need to have good water – the quality and taste of the water will affect the taste of the future prosphora. There is a pious tradition to add some holy water to the dough, but this is not a prerequisite for baking a prosphora.

Yeast. Choose yeast that does not raise the dough too much, i. e. the yeast should not be very active.

Ratios: 1kg flour/400ml water/15g salt. The amount of yeast has to be adjusted individually, depending on the quality and vitality of those available in your area. The main thing is to keep up with the dough without letting it go sour.

When you mix the dough, you can first make a “brew”: pour some boiling water into the flour (the boiling water counts in the total volume of water). After the mass cools down, add some yeast to it. You don’t have to “brew” the dough. When the flour interacts with boiling water, it releases glucose, which makes the dough sweeter.

First, you should let the dough work at a temperature of 20-25°C.

You can start chopping the dough into pieces only after the dough has grown by a minimum of one and a half times. It is desirable, of course, to have a rolling machine, and run the dough through it several times. If you don’t have one, you can run the dough through the mincer several times in order to remove air. Rolled out dough retains its shape better and has a denser texture, which allows the priest not to be distracted from the prayer during the proskomedia by “thanking” the prosphora bakers. In addition, in this case the particles of the Body of Christ do not disintegrate in the Holy Bowl.

The dough is laid out on the table and rolled out to the required thickness. For the bottoms of small prosphoras, the layer should be 18-20 mm thick, and for the tops it should be 11-12 mm thick. The thickness of big church prosphoras is accordingly greater. After the dough is rolled out, it is covered with a plastic sheet for 10 minutes so that it settles down a little. Then, the layers of the dough are cut into circles; the lower part of the future prosphora, respectively, should be slightly wider than the upper part. The dough then rests again under the plastic sheet for about half an hour, and it is important not to keep it on hold for too long.

The baking tray is greased with wax: no oil is allowed according to church regulations. You can also use trays with a non-stick coating. The bottoms are placed on the tray first. The tops are stamped with special prosphora seals. They come in different images and sizes. Then the bottom and top parts are glued together: the bottom part is slightly moistened with water and the top part is slightly pressed against it so as not to damage the seal. Both parts are then pierced with a needle to release the air and prevent the formation of voids, ensuring the maximum density of the finished prosphora.

After cutting and before baking, the dough should sit at 40°C.

Baking is all about evaporating the moisture from the dough, leaving only a shell of “transformed” flour. At high temperatures, the dough is fired, which produces a crust that blocks the normal release of moisture. Small prosphoras are baked for ten to twenty minutes. If the volume increases, the baking time increases accordingly. Baked prosphoras lose 8-10 percent of their total weight.

Of course, the entire baking process must be monitored so as to adjust the temperature in time or to make additional punctures in the pieces. The most important factor, perhaps, is experience, familiarity with the process, and the prayer for the Lord to bless such an important undertaking.

If you have specific questions, you can ask them below, and we will pass them on to Father Manuel. 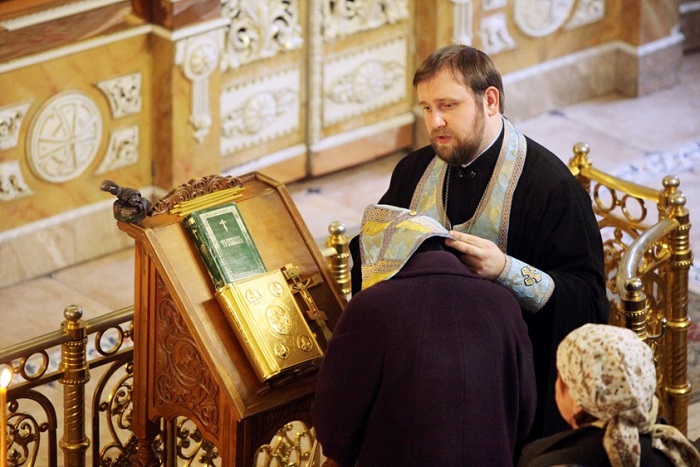 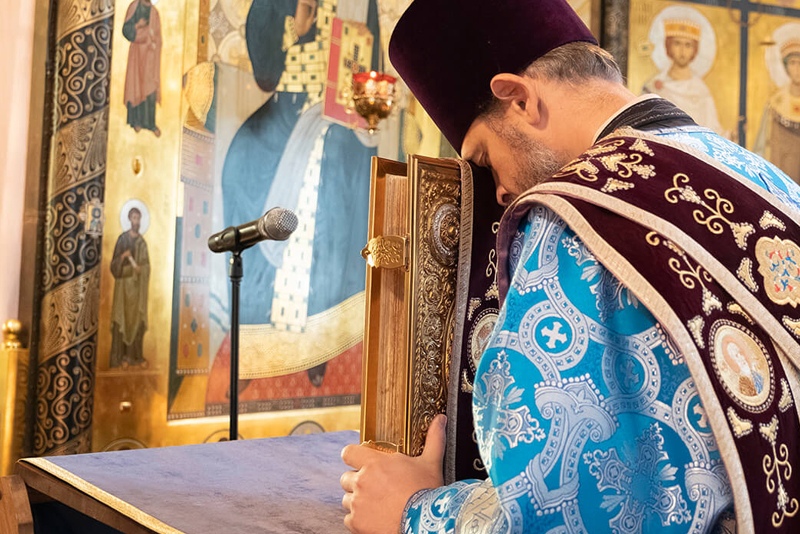 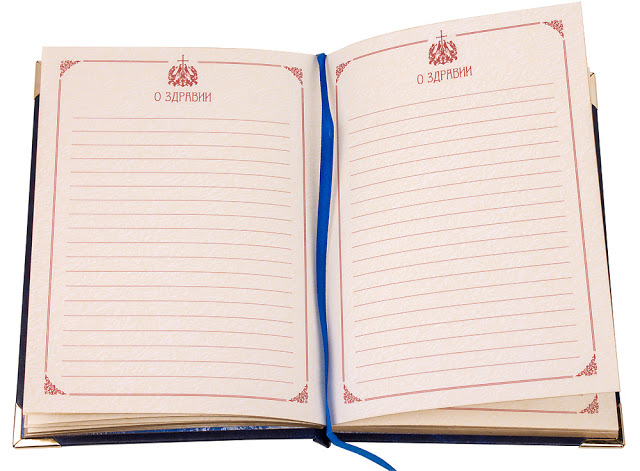