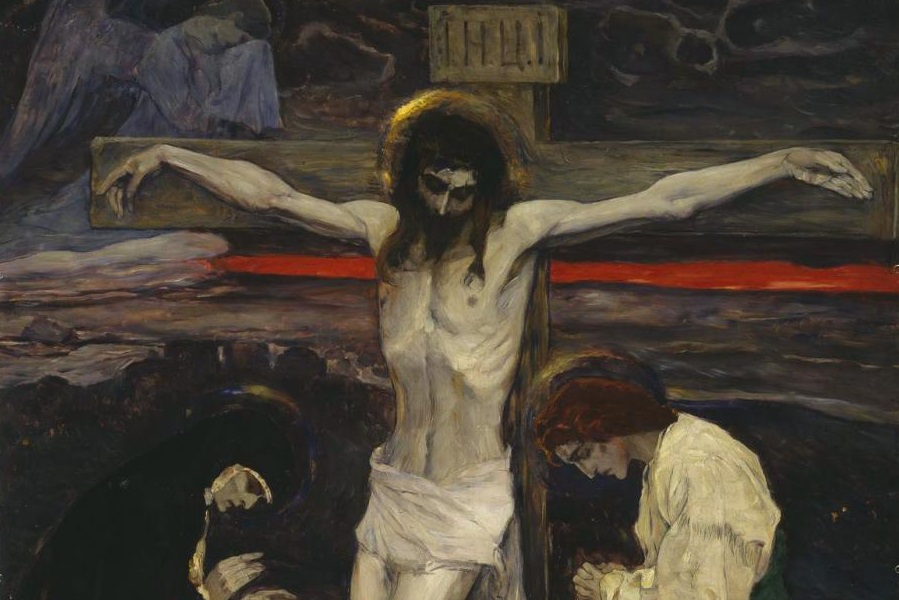 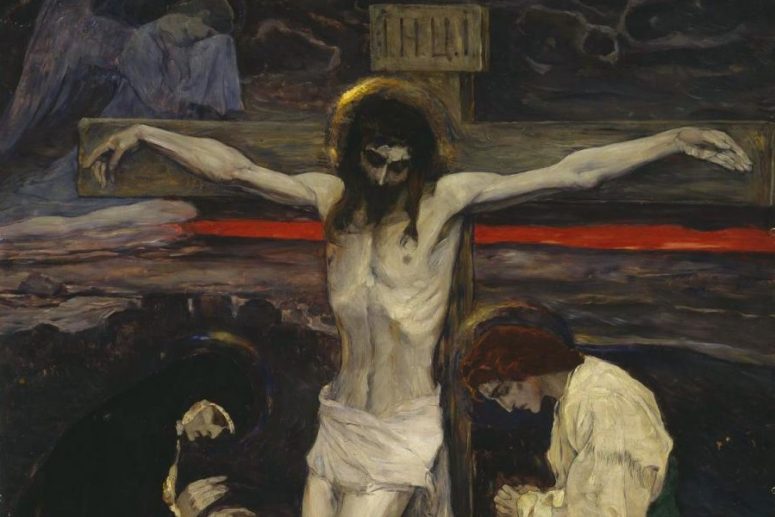 The thief opened the locked Eden’s gate.
He used a key – a prayer – Remember me!

– The Synaxarion of Holy Friday

Holy Friday is one of the most important days in the church calendar. It is as important as the twelve major Orthodox feasts; to some extent, it exceeds them and is almost as important as Easter. It has to be noted that Holy Friday along with Holy Saturday were known in the ancient times as the Easter of the Cross and the Easter of Rest respectively. Followed by the Easter of Resurrection, these three days represented the triumph of Christ over death, the so-called Three Days of Easter.

The Church of Christ urges her faithful children to spend this exceedingly important day of the year in absolute fast and prayer, lay aside all earthly cares and participate in church worship. Worship texts of Holy Friday, 12 Passion Gospel readings, and the fifteen special Passion antiphons are masterpieces and peaks of Byzantine hymnography, so let’s try to grasp the ungraspable and single out the principal topics that connect us to the events that occurred more than two thousand years ago in Jerusalem and became known in all corners of the world.

God’s Self-Sacrifice. This topic runs like a golden thread through all liturgical texts of Holy Friday. Hymnographers have used all their formidable skill to convey the spellbinding mystery and truth of Christian faith, i.e., God’s Passion, also known as Theopaschism, which was made possible solely thanks to the genuine Incarnation of the Logos. God who adorned the whole land with flowers is now crowned with thorns (Compline Canon, Ode 5). One of the most brilliant antiphons underlines the paradoxical foundation of Christian faith and the immense patience and love that God has toward his creation: “Today, He who suspended the earth in the waters is suspended on a cross. The King of the Angels wears a crown of thorns. He who wraps the sky in clouds is wrapped in a fake purple robe. He who freed Adam in the Jordan accepts to be slapped. The Bridegroom of the Church is fixed with nails to the cross. The Son of the Virgin is pierced with a spear” (Troparion 1 of the 15th Antiphon on Matins).

The description of this fearsome and all-glorious mystery of our salvation is made even more vivid by the use of astonishingly well picked antitheses: “Awesome and paradoxical is the mystery that we see unfolding today. He who is untouchable is now arrested. He who releases Adam from the curse is taken prisoner. He who searches and tries the hearts and minds is unjustly put on trial, and He who shut the Abyss is locked up in a prison. Before Pilate now stands He, before whom the hosts of heaven stand and tremble. The Fashioner is struck by the hand of one He fashioned. Condemned to a cross is He who judges the living and the dead. Enclosed in a tomb is the Destroyer of Hades” (Now and Ever Sticheron of Lord I Have Cried). 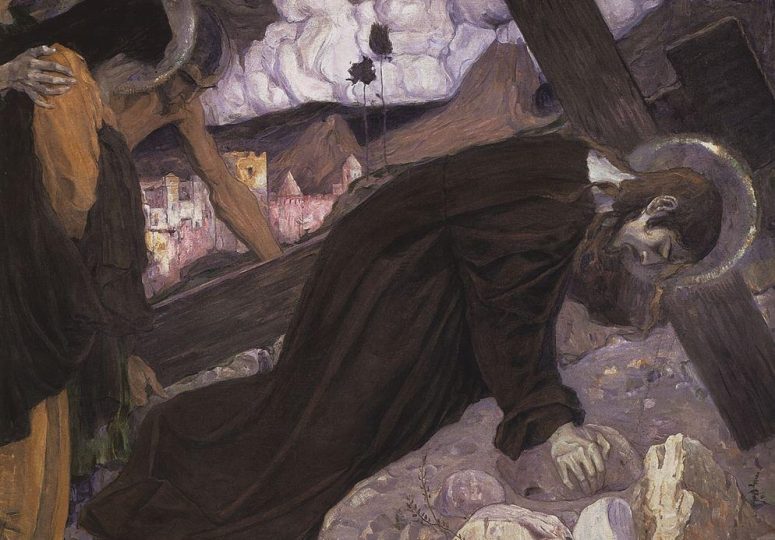 Human ingratitude is rebuked throughout the whole service, all the while enumerating the benefactions of the Savior during his public ministry, as well as the miracles He performed during the Exodus and the Israelites’ journey through the desert. The Lord addresses the Jews: “O my people, what have I done to you, how have I upset you? I gave sight to your blind; I cleansed your lepers; I raised the man who lay paralyzed on his bed. O my people, what have I done to you, and how have you repaid me?… Instead of loving Me, you nailed Me to the Cross” (Troparion of the 12th Antiphon of Matins). The Matins chants highlight a crucial detail, which often evades our view. We tend to think of God the Father as the main character of the Old Testament and the Son of God as the main character of the Gospel. However, it isn’t the case because it is impossible to think of the Father without recalling the Son or the Holy Spirit, and then going back to the Father again. Both in the Old Testament and in the New Testament, God is Trinity: the Father, and the Son, and the Holy Spirit. This is why the Orthodox Church has the following chants, which may sound strange at first: “Lord, the Jews condemned You to death, You the Life of all. They who walked across the Red Sea by the rod of Moses, had You nailed to a cross; and they who sipped honey from a rock gave you gall. But You willingly endured it, in order to free us from slavery to the enemy” (Troparion of the Third Hour). It was Christ prior to his Incarnation – the Logos and Wisdom – who parted the sea with the rod and led them in the wilderness. A spear pierced the ribs of the One who for their sake had smitten Egypt with plagues. They gave vinegar mingled with gall to him who had rained down the manna for them to eat (Troparion of Antiphon 6 of Matins).

Cruelty and mercilessness have plagued the fallen human race for a long time but man surpassed his worst qualities when he crucified Christ. It must be noted that the execution of Jesus was illegal from all standpoints. The Sanhedrin trial took place at night, which was expressly forbidden, and slanderers gave false witness during the trial. The fact that Jesus was punished twice – first by flagellation and then by crucifixion – which contradicted the Roman law, was another example of heinous brutality. The 2nd Lauds Sticheron of Matins draws the conclusion of the creatures’ brutal attitude toward their Creator: “Every member of Your holy body endured dishonor for us. Your head endured the thorns. Your face was spat on. Your cheeks received the blows. Your mouth tasted vinegar mingled with gall. Your ears heard impious blasphemies. Your back received the scourging. Your hand held the reed. Your entire body was stretched on the Cross. Your joints were pierced by the nails, and Your side, by the spear.” Byzantine hymnographers describe the cruelty of the crucifiers and illustrate the Orthodox doctrine of perichoresis, that is, the relationship between the two natures of Christ. According to the Orthodox Christology, the Second Person of the Most Holy Trinity combines the divine and the human natures, with each of the natures retaining its own distinct functions and characteristics. However, due to the fact that the Person of Jesus Christ carries both natures, the characteristics of each nature belong to the Person of Christ. It is the human body of Jesus that suffers on the Cross, but it is God who possesses that body. That is precisely why we can say, “God suffers on the Cross.”

Sorrow of the Mother of God. The grief and sorrow that the Theotokos had to endure, in accordance with St. Symeon the God-Bearer’s prophecy (“Yea, a sword shall pierce through thy own soul also”), is closely linked to the Passion of Christ: “She sighed with pain from the depths of her soul, tearing at her face and her hair, and it wore her out. Then, beating her breasts, she mournfully cried aloud, “Woe is me, my divine Child! Alas, the Light of the world! Why did you sink from before my eyes, O Lamb of God?” (The Aposticha of the Matins). There is a special canon called The Lamentations of Theotokos, which is read during Holy Friday Compline and is devoted to the anguish of the Most Holy Virgin at the sight of her Son’s Crucifixion.

Holy Friday is the day of pain, the time when God is silent, when his Word doesn’t say anything. He was oppressed, and he was afflicted, yet he opened not his mouth: he is brought as a lamb to the slaughter, and as a sheep before her shearers is dumb, so he openeth not his mouth. (Is. 53:7). How can we open our mouths when we see our Lord hanging on the Cross? Indeed, let all human flesh keep silent and think not earthly in itself. (Offering Hymn on Holy Saturday). It is out of this contemplation of the Mystery of the Cross and love of Christ overflowing from their hearts that the mouths of great saints have given birth to these excellent chants of Holy Friday. Let us thank our Lord for his Sacrifice. Let us learn to be selfless and merciful toward all people like Jesus. Let us do our best to participate in the experience of communication with God that the Church grants us on these holy and glorious days. 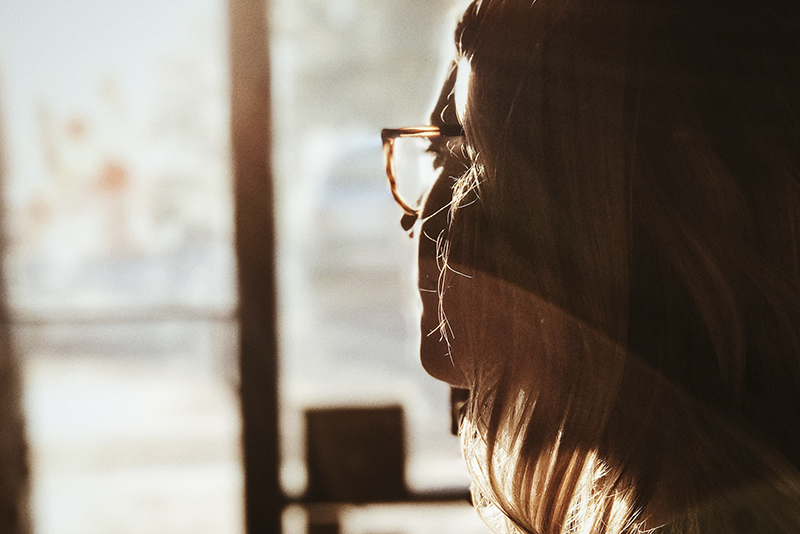 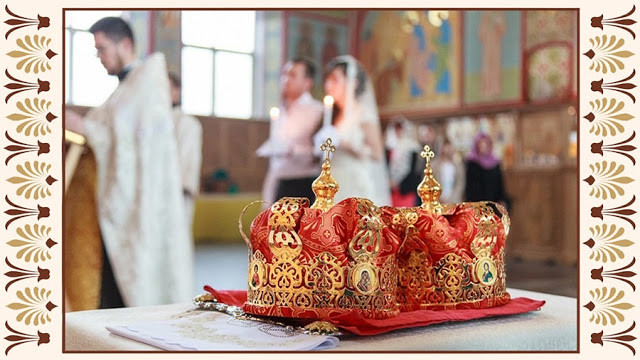 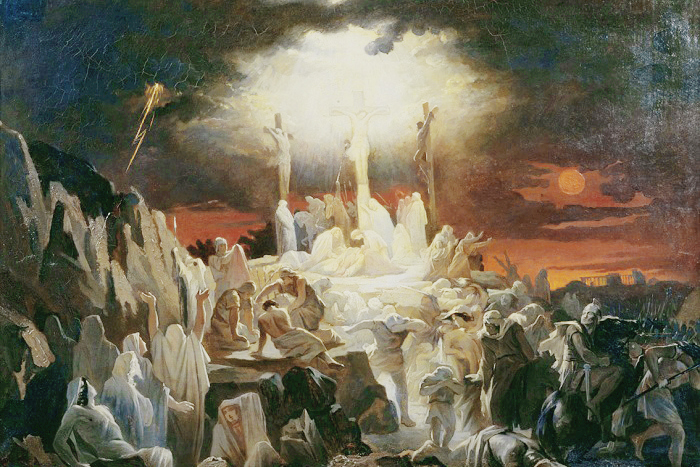