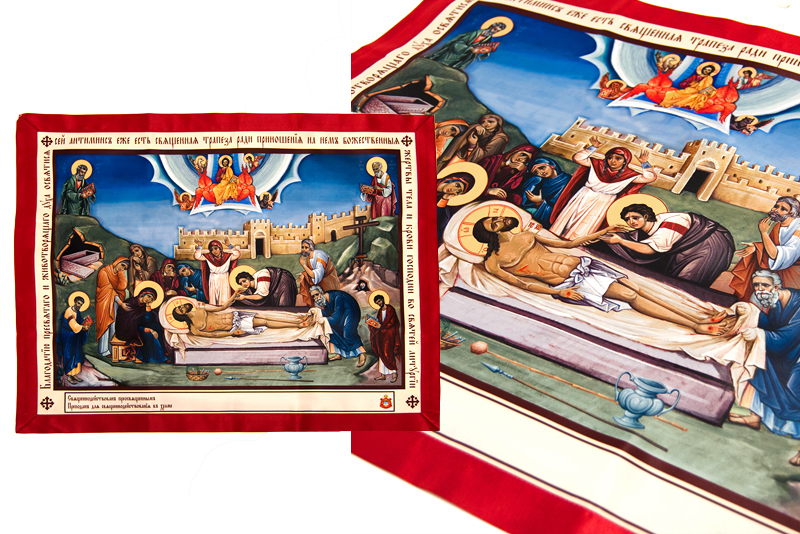 In the current liturgical tradition, it is impossible to celebrate the Eucharist without an antimension. In extreme situations, the Chalice can be replaced with a consecrated mug (the order of consecration is in the Euchologion). In a similar way, Communion can be ministered on a regular tablespoon. The only condition is that the mug or spoon be made of gold, silver or tin (brass is allowed in modern practice). However, the antimension cannot be substituted in any way. What is an antimension and what distinguishes it strikingly from other liturgical objects? How is it used in the Church? Find out from this article.

An antimension is a square cloth made of silk or linen.  In modern practice, it usually depicts the entombment of Jesus Christ. The most common image depicted on antimensia before the 17th century was the True Cross of the Lord. This image could be combined with depictions of a spear, a cane and a sponge, or Golgotha with the skull of Adam underneath it. Another image currently used to decorate antimensia is the icon of the Resurrection, depicting Christ, sitting on the tomb (or being inside the tomb) with a wound from which the Blood flows into the Chalice. 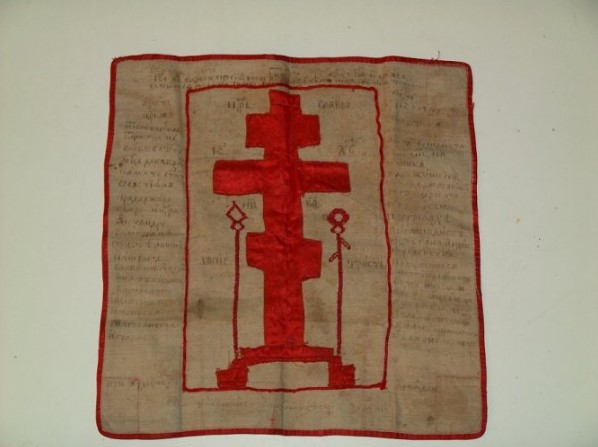 The antimension is a “certificate,” allowing a priest to serve Liturgy. It is a symbol of apostolic succession, confirming that a particular priest belongs to the canonical church hierarchy. An antimension contains an inscription where the bishop indicates to which church it is issued, as well as when and by whom it is consecrated. Following a tradition, existing in Russia between the 12th and the 20th centuries, some antimensia contained information about under which king or prince the consecration was performed. 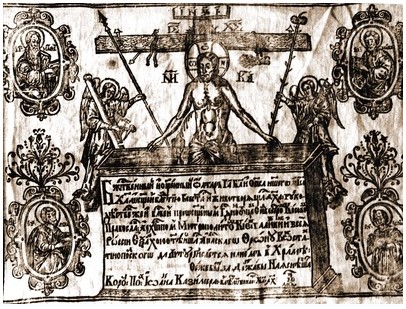 Thus, on the altar table, i. e. the most sacred point of the temple, where Jesus Christ is mysteriously present through the Holy Gifts, there is a link between heaven and earth. This link allows celebrating Liturgy even in the absence of a church and an altar.

For example, the “Instructive Message”, contained in the Euchologia, instructs the priest, in case of danger, to take the antimension out of the church and to complete the service where it will be safe. During the years of Soviet persecution in the 20th century, liturgies were celebrated in homes and in nature.

Etymologically, “antimension” originates from the words “instead of” and “altar”. However, the order of consecration of an antimension actually refers to it as “the altar”. It is noteworthy that in the Russian Church of the 20th century, similarly to the ancient Church, a priest’s body could substitute an altar.  Priest Andrey Chizhenko writes, “In the 20-30s of the 20th century, many bishops and priests were arrested, exiled to the Solovetsky camp and kept in terrible conditions. Every day they waited for death. In this continuous horror of living each day as the last, they strived to serve the Liturgy for salvation and consolation. Bishops, priests and deacons secretly gathered, despite the threat of execution. One of them undressed to the waist and lay down. A body of a priest over whom the Sacrament of Consecration had been performed during the ordination, served as an altar and an antimension. Using cranberry juice and rye bread, in the absence of wine and prosphora, they performed the Liturgy on a human body.  Many of these sufferers for the faith in Christ were then deemed worthy of martyrdom”.

Thus, the celebration of the Eucharist without an antimension was possible only from the 1st – 4th and in the 20th century.

An antimension receives its final consecration through the subsequent seven-day stay on the consecrated altar. During these seven days, it stays unfolded, and a liturgy is served on it every day. 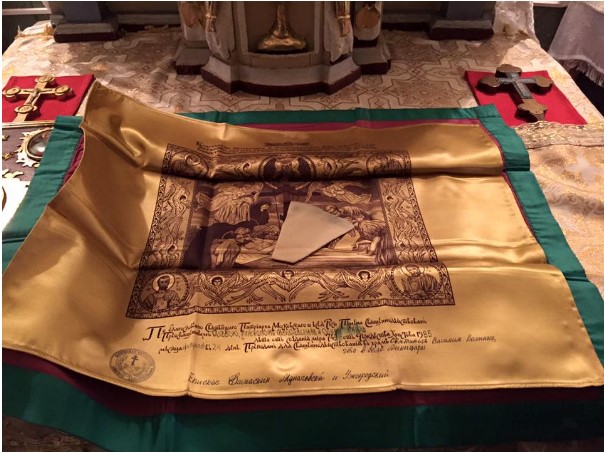 Another symbolic meaning of the antimension is the Body of Christ laid in the tomb. The iliton, in which an antimension is wrapped, symbolizes the  funeral shroud of the Savior, covering His head during burial. The red color of the iliton is a symbol of His Blood.

An antimension is kept folded, as a sacred object, requiring a most careful storage and reverent attitude towards it.  In the pre-revolutionary practice of the Russian Church, a dean was obliged to monitor the state of antimensia in the churches under his jurisdiction. Only a vested clergyman can touch an antimension.

If an antimension is damaged to the point where the inscriptions on it are not readable, then it needs to be replaced.

Summing up the above: the antimension is a symbol of unity of the Church at all times and throughout the world. It brings into liturgical practice the continuity of tradition from the first Christians to subsequent generations. Symbolically, it represents the unity of the heavenly and the earthly Churches, and practically it is a necessary condition for offering the Bloodless Sacrifice, which unites Christians with God (John 6:56) and among themselves. 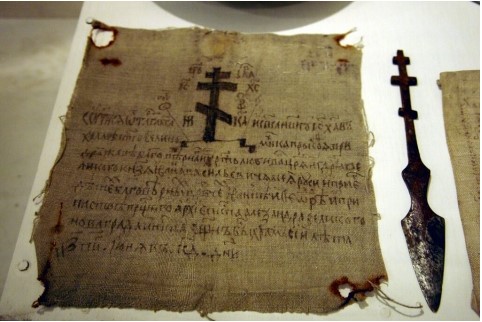 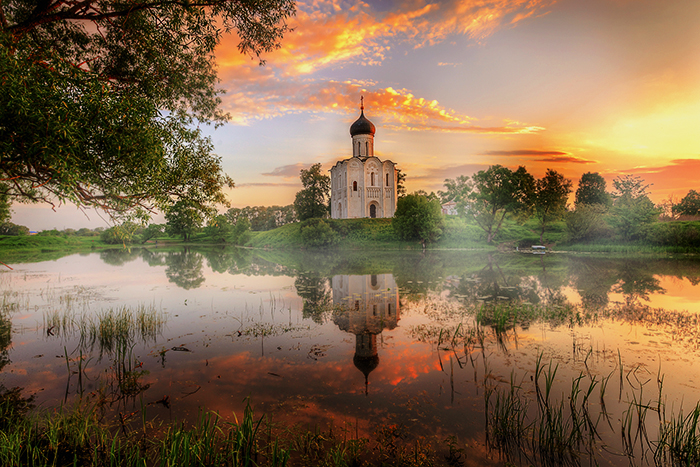 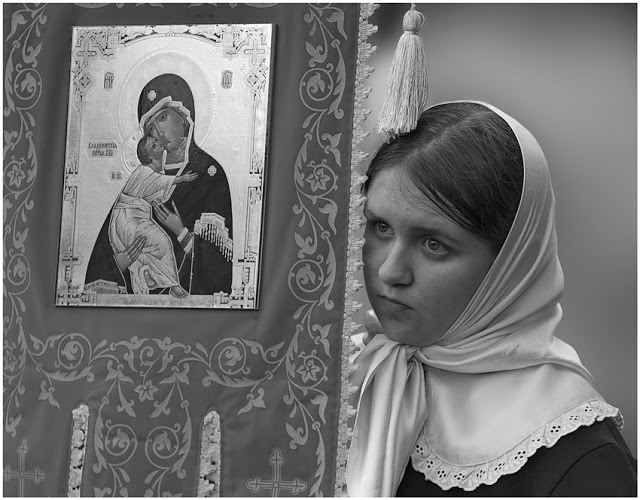 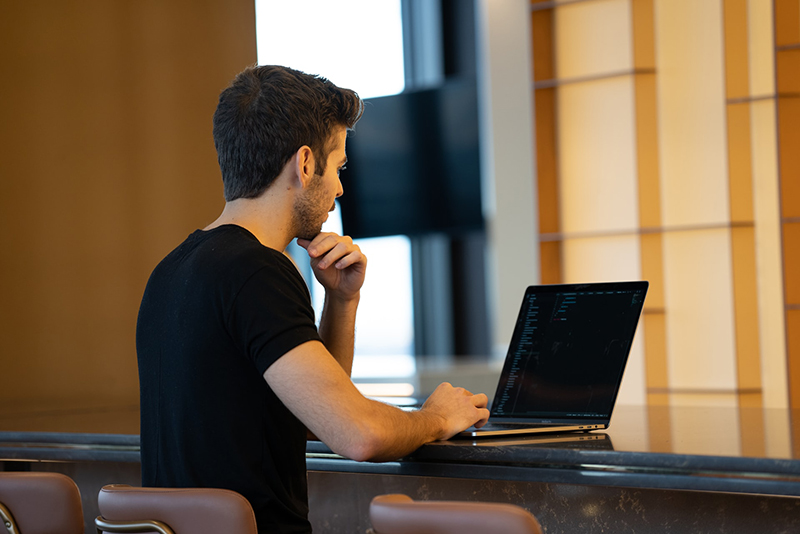