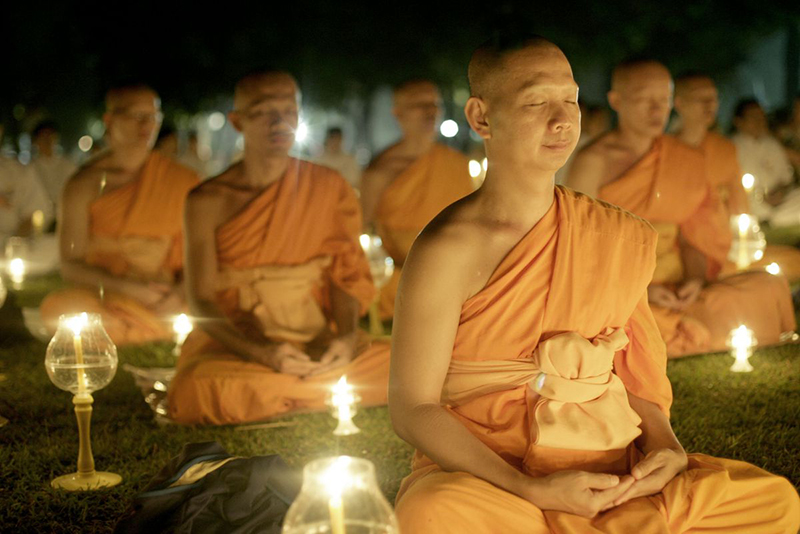 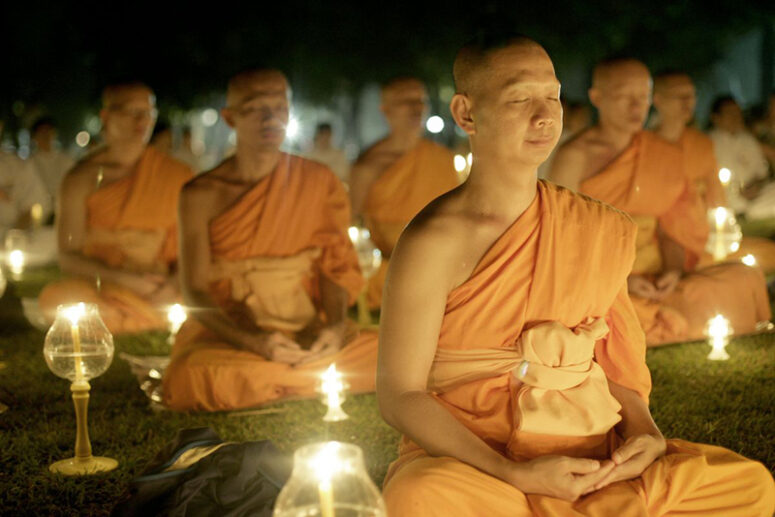 A number of articles (including academic ones) that can be easily found on the internet, compare Buddhist spiritual and physical practices with the tradition of hesychasm. When making such comparisons, it is important not to fall into error by letting the superficial resemblance eclipse the fundamental and irreconcilable differences between the two teachings.

The goal of Buddhist practices is to go beyond everything that exists in the world and achieve a transcendental consciousness, accompanied by a blissful state of non-being, known as nirvana. This is accompanied by the attainment of perfect Knowledge (Bodhi), eliminating Ignorance (Avidyā). Acquiring the Knowledge and freeing oneself from Ignorance requires three things, i. e. remembering your past lives, understanding karma and rebirth and the knowledge of the four noble truths of Buddhism.

Achieving perfection is also associated in Buddhism with a state called the “rainbow body”. It releases a human body from all temporary properties and transforms it into a “pillar of light”. To enter this state, adepts known as yogis, interact with the so-called. psychophysical energies of the body. According to yogis, the human body consists not only of physical matter, but also of other non-material energies. To interact with them, a yogi resorts to various spiritual and bodily  practices.

Nothing of the above can be applied without reservations to Orthodox hesychasm. In fact, most provisions of Buddhist yoga are completely alien to it. Yes, indeed, hesychasts, like Buddhist yogis, strive to achieve a transcendental state, using particular spiritual and physical practices. However, despite the ‘physiological’ similarities found between these practices (control of breathing, body position, etc.) the reasons behind this striving, the sought state and the practices for achieving it are different.

Hesychasm (from the Greek – calmness, tranquility, liberation, cessation, silence, stillness, peace, solitude) is a developed system of ascetic and monastic practice aimed at the knowledge of God and deification. Its motive is not attaining Knowledge, eliminating suffering, or achieving some desired state. The impetus of this practice is Love. Ascending in acquiring spiritual gifts, a monk becomes filled with Love to God. Common prayer is no longer enough for him. He strives for deification, i. e. contemplation of God and union with Him through His grace.

The theologian and art critic V.V. Lepakhin proposes to single out six elements in this spiritual and physical practice (Noetic Doing (about the Content and Boundaries of the Concept of Hesychasm)):

– cleansing of the heart as the focus of a person’s spiritual life. According to the Holy Scriptures, the heart is the center of a man’s mental (Matt. 9: 4), volitional (Job 23:16), moral (Ps. 76: 7) and mystical (5: 8) life. In view of this, an hesychast seeks to completely get rid of passions and bring his heart to the level of purity that will make the further practices possible.

– unceasing prayer. Answering the call of St Paul  the Apostle (1 Thess. 5:17), it is achieved by pure prayer of the mind and heart, which eventually becomes unceasing.  An ascetic monk can engage in any business, but his prayer is not interrupted even during sleep.

– silence, sobriety and attention observed by a monk for purity of prayer. Attention is understood as a concentrated memory of God. Sobriety is the protection of the mind from evil thoughts. Silence is a means to achieve prayer of the mind and heart, as well as its condition and goal. It serves as a means because it allows you to focus on prayer. It is also a condition and a goal because only in a silent mind and heart can pure prayer be performed.

– invoking the name of God as the real transforming power. The main meaning of the unceasing prayer is its content: “Lord Jesus Christ, Son of God, have mercy on me, a sinner”.  Venerable Hesychius calls the name of Jesus “the victorious sacred sword”. Having it in him, an ascetic “turns around and cuts” unclean thoughts and all sorts of demonic attacks and temptations.

– the appearance of the uncreated light of Tabor seen by the apostles during the Transfiguration (Matthew 17: 1-8), as an ascetic comes to the knowledge of God and enters into communion with Him. Having purified his mind in prayer, an ascetic ascends to a level of knowing God, where he can “see” Christ “divinely and inexpressibly shining forth His Radiance”.

Summarizing the above, we can see that the practice of Buddhist yoga is built around the personality of a practitioner and his desire for nirvana and non-being. Hesychasm, on the other hand, is built on the interpersonal relationship between man and God.  Through his practice, a yogi wants to comprehend Knowledge and free himself from samsaric life. An hesychast seeks the Love of God and being in It. Buddhists do not pray or recognize Jesus Christ as their Savior, denying His divinity, the cornerstone of hesychasm, expressed in unceasing prayer and calling on the name of the Lord.  The light sought by yogis separates a person from the world, while the Divine Light, i. e. Christ Himself becomes a man and comes into the world.

It is the inner content that defines a teaching. Superficial resemblances in particular practices, no matter how significant, do not make two teachings similar in essence. 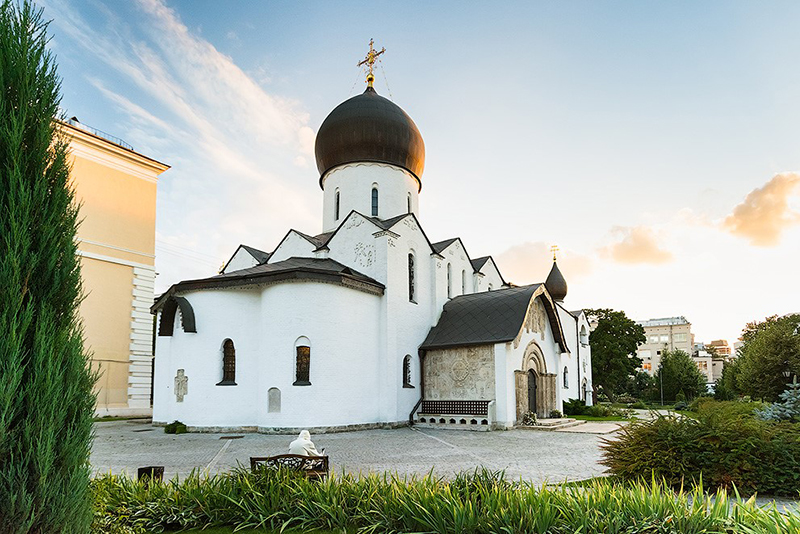 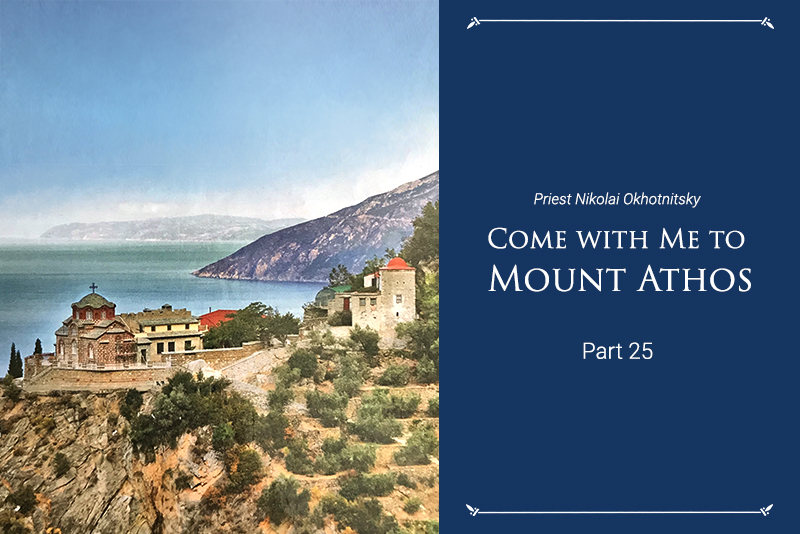