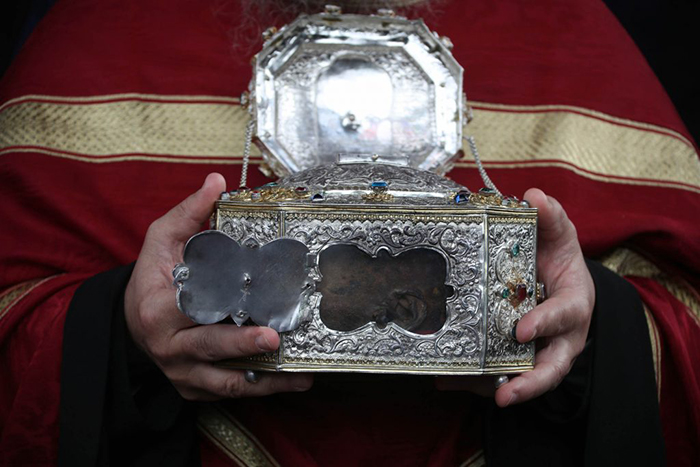 Saint John Chrysostom was renowned for his explanations of the Holy Scriptures. He also interpreted the Epistles of Saint Paul, whom he admired greatly. In order to assure himself that the interpretation of the Epistles were correct, he asked God to offer him a sign.

At that same time, a nobleman had risen against Emperor Arcadius. The Emperor, in turn, confiscated all of the man’s possessions and threatened to execute him. The nobleman became desperate and decided to ask for Saint John’s assistance. When he arrived at the Patriarchate, Saint John could not offer him an audience immediately, but instructed him to return that evening. Saint John told the assistant priest, Proclos (who later succeeded Saint John as Patriarch), to show the nobleman to the Saint’s room when he arrived. That evening, the nobleman returned and Proclos went to inform the Patriarch of his arrival. The door to the room was shut, so – because Proclos heard voices inside – he looked through the keyhole. He saw Saint John sitting at his desk writing, with a bald-headed man, slightly bent, looking and speaking to Saint over his shoulder. Seeing this, Proclos returned to the nobleman and told him that the Patriarch was in conference. Proclos returned to the Patriarch’s room several times during the night, but the man was still talking with John. Thus the nobleman waited the entire night to see Saint John but without success.

That morning the nobleman returned to the Patriarchate since it was of the utmost importance for him to see the Patriach. Proclos went again to inform John of the nobleman’s arrival, but again saw the same man in the Patriarch’s room. John looked extremely interested in what the man was telling him. Proclos was bewildered on how the man was entering, since everyone had to come by him. 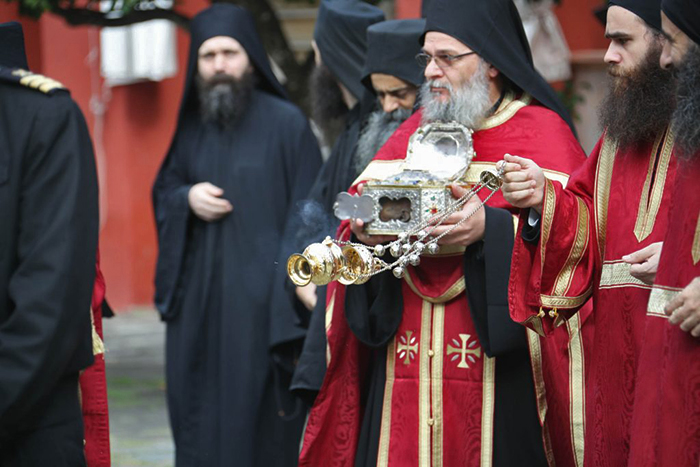 The nobleman returned for the fourth time and Proclos assured him that the Patriarch was alone, for he had made certain that no one passed without his knowledge. When Proclos went to the Patriarch’s room, he was shocked to find the same man still there. He returned to the nobleman and told him to go to his home for it was impossible for him to see John.

That day, the Saint had remembered the nobleman and inquired about him. Proclos told John that the man had come three times, but each time, the Patriarch was busy talking to the same man. John asked Proclos whom he had seen in the room. Proclos told him that it looked as if it were the Apostle Paul, whose icon sat on the Saint’s desk. Joyously, Saint John realized that this was the sign he had asked for from God concerning his interpretations of the Apostle’s epistles.

After conferring with the nobleman, the Patriarch agreed to act as mediator between the nobleman and the Emperor. Within a short time, the differences were settled and the nobleman was again granted his confiscated property.

The holy skull of Saint John Chrysostom has one ear – the ear at which Saint Paul spoke – incorrupt after more than 1600 years while the other ear is decomposed according with the law of the nature.

In the photos you see moments from the departure of Saint John’s skull in Greece. 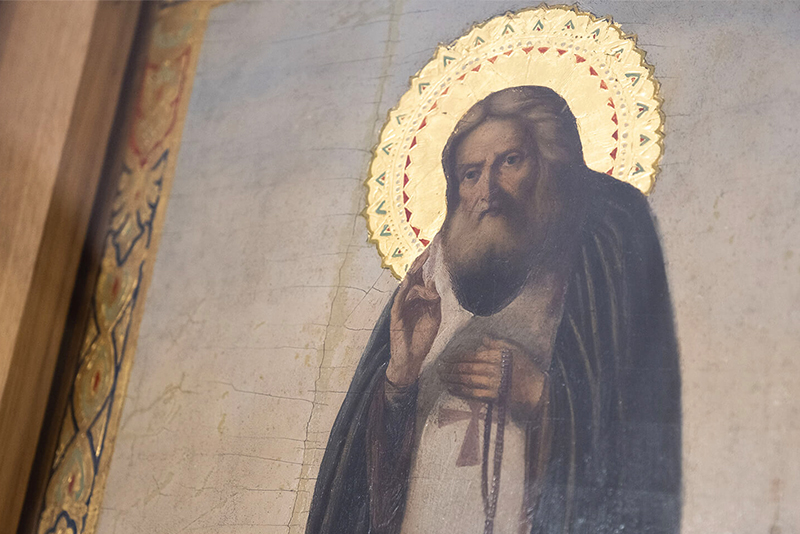 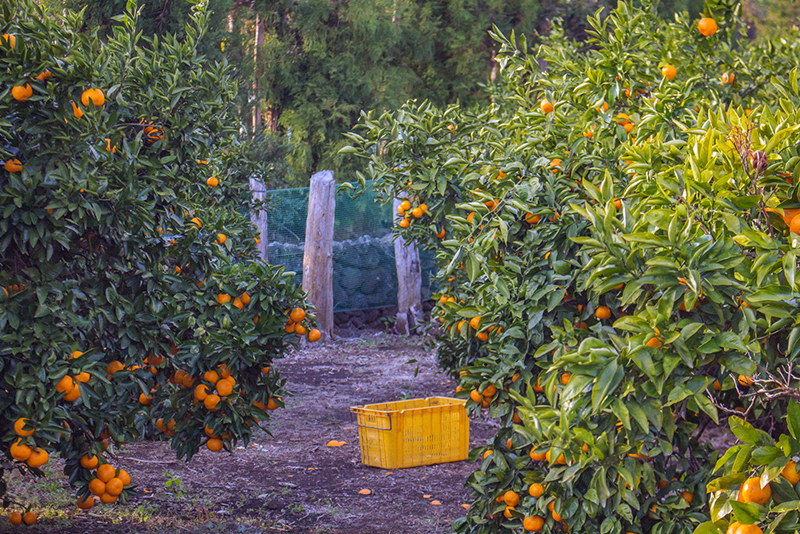 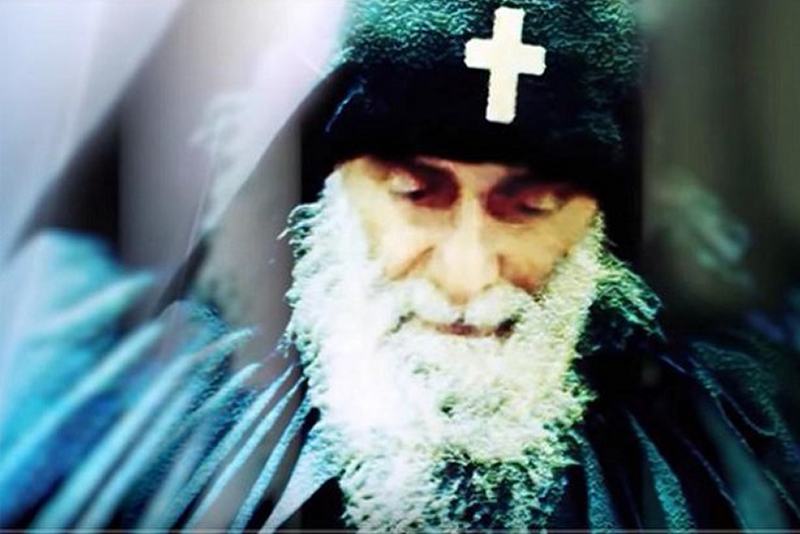